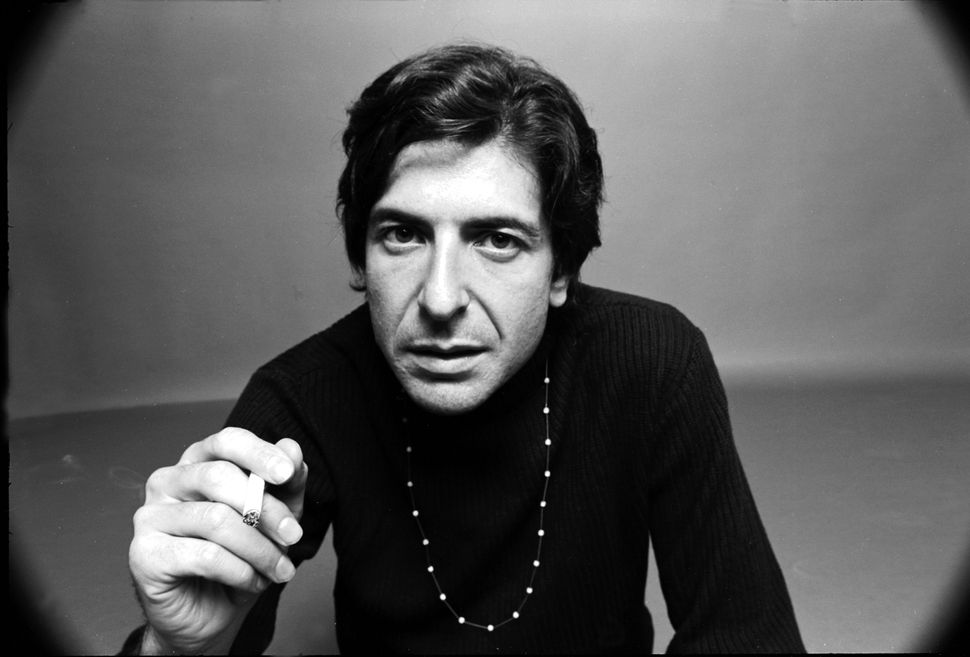 Leonard Cohen gave us one of the most fierce, apocalyptic songs of the 1990s, albeit while opening a tiny door for hope and love in the midst of it all. We will return to that hopeful bit in a minute, but first I want to share some insights gleaned from a conversation I had with Cohen about “The Future” while interviewing him for the Boston Globe in 1993.

While Jewish, Cohen was a student of Buddhism and frequently used Christian imagery in song. I tossed out the climactic verse — “Give me back the Berlin Wall / Give me Stalin and St. Paul / Give me Christ or give me Hiroshima / Destroy another fetus now / We don’t like children anyhow / I’ve seen the future, baby, it is murder” — and I told him I’d winced at the graphic imagery and horror, and that I was shaken by the apparent equation of abortion and murder.

Not a problem. If he wrote it, he stood by it. “What I find in writing,” Cohen told me, “is that at the beginning of the process you try to support your opinions — about the environment, about politics, about where you stand — and I find that even though that may make you a good citizen, it makes for a very bad songwriter. You may get positions you can applaud, but they’re boring, they’re alibis. If you think by saving the forest, you’re going to redeem your soul, you’ve got another thing coming. There’s something else at stake.”

I started to respond about how the lyrics were almost painfully raw and so bare when Cohen jumped in: “My only regret is that they’re not bare enough. I hope if they give me a few more years, and a few more songs, it’s going to get rawer and barer and more naked.”

“‘The Future’ is dark and funny,” he went on. “If I’d have nailed that to the church door like Martin Luther it’d be a very sinister document. But it’s married to a hot little dance track so, in a sense, the words melt into the music and the music melts into the words and you’re left with a kind of refreshment, a kind of oxygen.”

He was not wrong. As with many of Cohen’s songs, there were layers of complexity and contradiction, almost a challenge to figure out where the songwriter was coming from and, moreover, how you took all of it in. Or didn’t.

“The Future” was the title cut of that 1992 album, and Cohen said that writing songs for the album was, as usual, “the dismal process of trying to blacken a page or trying to find a rhyme for orange — that impossible goal. You’re very much like a bear having stumbled into a honeycomb: You know there’s honey around, but there are a million bees biting you and you’re trying to get them out of your eyes and your ears and trying to taste the honey at the same time, and the whole thing is a disaster.”

“I hasten to say that the fact that I had to break my gonads over it doesn’t mean that it’s good. The fact that it takes so long is no guarantee of excellence. It just happens to be the way I work. I’m not smirking about it. I don’t feel reproachful toward people who have the very good luck and great genius to do it faster. Hank Williams could do it in twenty minutes and so can Bob Dylan. It just happens to take me a long time.”

Of the process, of aging and writing, Cohen said, “I think as you get older that broad base, the range, gets very, very wide. You become more tolerant and more crotchety at the same time. More open and more critical. I think the confessional nature contracts at one end and opens at the other. You’re willing to confess to yourself that you really do hate mankind, and, at another point, you’re really willing to confess to yourself that you do feel a deep sense of fraternity with the whole human manifestation.”

And here’s where some of that “fraternity” creeps into “The Future,” as well as perhaps identifying the narrator, who could be the singer himself, or maybe the songwriter’s projection of what God might think, or maybe the voices of the many writers of the Bible. Cohen sings:

You don’t know me from the wind
You never will, you never did
I’m the little Jew who wrote the Bible
I’ve seen the nations rise and fall
I’ve heard their stories, heard them all
But love’s the only engine of survival

So ultimately, it’s a song of love and survival?