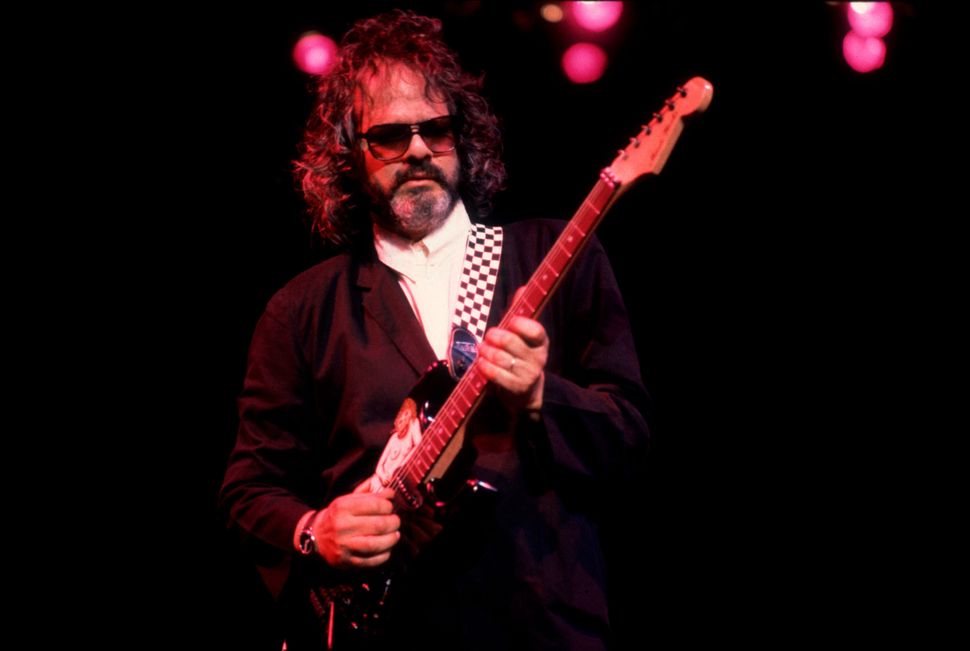 The Blues Project were one of New York’s seminal bands in the mid-1960s. Their first album, “Live at the Cafe Au Go,” recorded at the Greenwich Village club at the end of 1965, forged a fresh alliance between folk, blues and rock and roll. They played folk songs by Eric Anderson and Donovan, blues by Willie Dixon and Muddy Waters and rock ‘n’ roll by Chuck Berry and Bo Diddley.

There were originally six members of the Blues Project, including vocalist Tommy Flanders. After Flanders opted out of the band around the time the live album was released, what was left was a half-minyan of Jewish musicians from New York: Al Kooper (organ and piano), Danny Kalb and Steve Katz (guitars), Roy Blumenfeld (drums) and Andy Kulberg (bass).

The Blues Project made only one true studio album, “Projections,” released at the end of 1966, a record whose influence far exceeded its sales. (It peaked at No. 52 on the Billboard album chart.) By then, Kooper was well-known as the essential organ player on Bob Dylan’s “Like a Rolling Stone,” and “Projections” was recorded by Dylan’s then-producer, Tom Wilson.

“Wake Me, Shake Me” was the breakout song for the album in a kind of quirky way. It became part of the repertory of every educated garage band in the metropolitan area. A savvy group from the New Jersey suburbs called the Myddle Class opened a show for the Blues Project, copped Al Kooper’s arrangement and released a single entitled “Don’t Let Me Sleep Too Long,” which was a line from the song.

With its roots in the Black church, the song has gone by many names; on “Projections” the credit reads “arranged by Al Kooper.” There is no known author, but like many traditional songs, it has mutated through the years. The Staple Singers incorporated some of the essential lines in “Let Me Ride” in 1957. Reverend Gary Davis, the influential folk and bluesman, recorded a version as “Tryin’ to Get to Heaven in Due Time” on his album “Say No to the Devil,” released on the Bluesville label in 1962.

Kooper, in his autobiography “Backstage Passes & Backstabbing Bastards,” said he learned “Wake Me, Shake Me” from a gospel record by the Golden Chords that featured lead singer Lorraine Ellison. Also close to the Blues Project song is “Wake Me, Shake Me” by gospel singer Joe May, and a beautiful slow version with that title by pianist/singer Marion Williams.

So what’s Jewish about all this? Many gospel songs have their roots in the Old Testament, but that’s not the point here. I often misheard the last line of the chorus of “Wake Me, Shake Me” as “before heaven draws close.” But after shaking out my ears, the chorus turns out to be, “Wake me shake me, don’t let me wait too long / Trying to make it in due time, before heaven’s doors close.”

One doesn’t have to be a rabbinical student to know there is something very Jewish about the final line. It rings a bell, you know? And the answer, as always, is contained in a question: Why are there four or five services on Yom Kippur, when on every other day there are three or four?

Only on Yom Kippur is there an extra service, Ne’ila, the closing, usually said just before sundown. At the onset of Yom Kippur, with Kol Nidre, the doors of heaven are wide-open. The Ne’ila service is performed before heaven’s doors close. In the Jerusalem Post in 2020, Rabbi Michael M. Cohen, the rabbi emeritus of the Israel Congregation in Manchester Center, Vermont, wrote, “Ne’ila metaphorically suggests the gates of heaven close at the end of Yom Kippur, while at the same time we remember those daily Yom Kippur touch points and messages throughout the year. They remind us throughout the year that we always have the gift and opportunity to improve who we are, as well as to repair our shared world.”

Which makes “Wake Me, Shake Me” not just a Jewish concept with gospel roots but a Jewish theme that inspired dozens of gospel versions throughout history.

Wayne Robins is a longtime journalist and music critic who writes the Substack newsletter Critical Conditions at waynerobins49.substack.com. He teaches in the journalism and English departments at St. John’s University in Queens.