Yes, Christian Dior’s designs were beautiful — but they come with a lot of Jewish history no one talks about 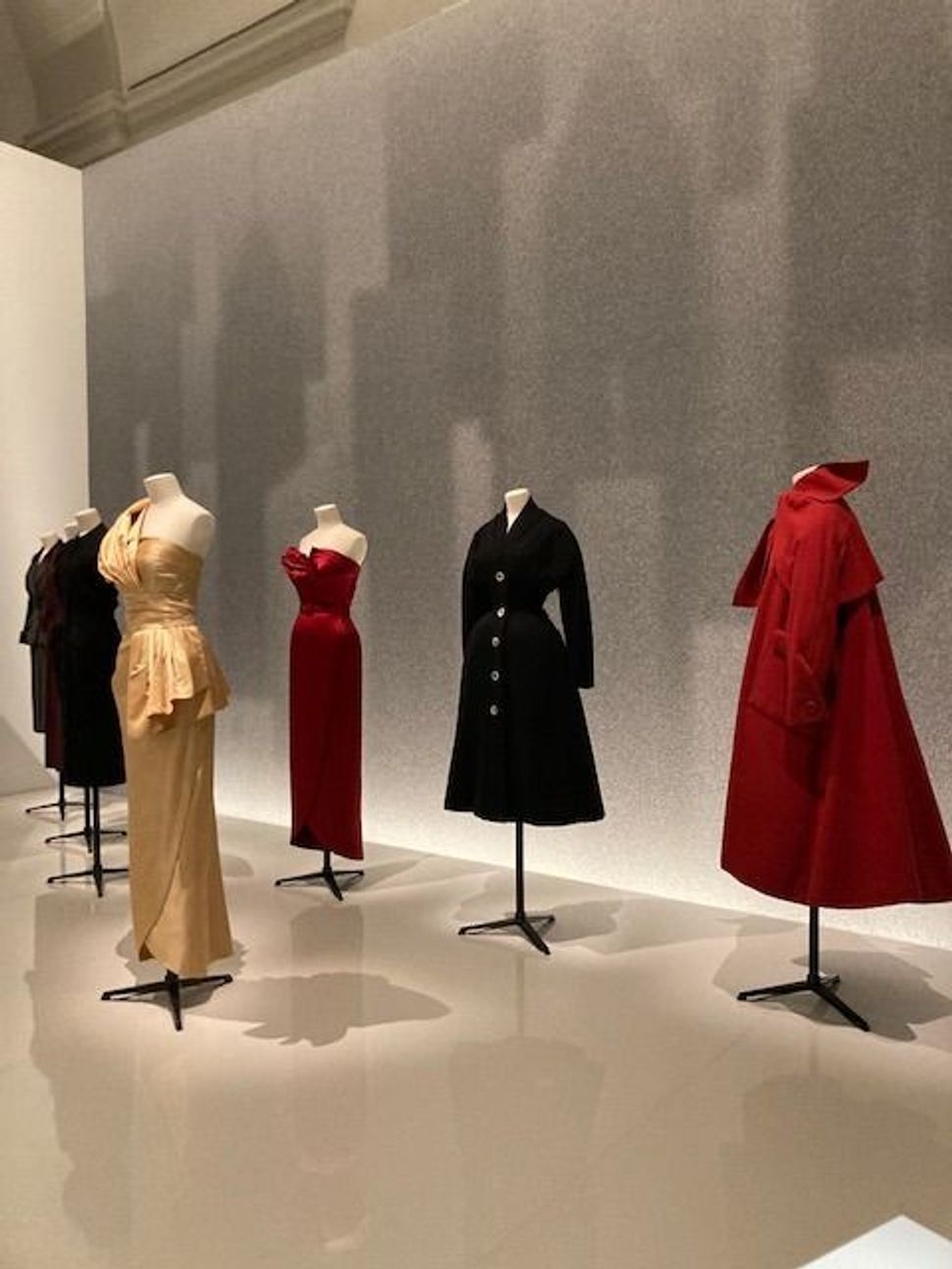 Any exhibit of haute couture is obviously stunning. How could it not be, with palatial displays and flashy gowns, shining embellishments and vibrant colors? Fashion is meant to be striking to look at. And yet, in “Christian Dior: Designer of Dreams,” currently on display at the Brooklyn Museum, it feels like something is missing. The couturier has long been entangled in World War II politics and issues of antisemitism, and yet historical context informing the brand’s evolution barely merits a passing mention.

The exhibit opens with a timeline of Christian Dior’s life — his birth in northern France, his mother’s death, the impact of the Great Depression on his family, Dior’s apprenticeships and the opening of his own atelier in Paris. But overall, the exhibit does little to contextualize Dior within the events that surrounded and shaped it, whether that’s women’s rights movements and shifting modesty standards or the Nazi regime that ruled over France during Dior’s early career. 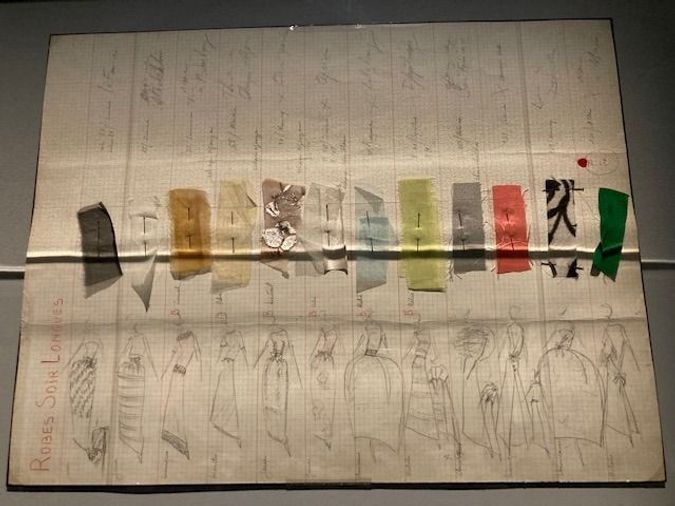 Swatches and sketches for Dior Image by Mira Fox

Pretty much the only reference to history comes in a single sentence about Dior’s brief military service, but it doesn’t even mention which war he was fighting in — World War II — or that, after Germany occupied France, he designed dresses for Nazi officials’ and collaborators’ wives. Instead, the timeline that opens the exhibit merely says: “Christian Dior is called up for military service. In 1940, when he is demobilized, he joins his father, Maurice, and sister, Catherine, in Callian, in the South of France,” in an entry for 1939.

Similarly, the only mention of Catherine, Dior’s beloved sister for whom he named his “Miss Dior” perfume line, comes in a plaque that gives only half a sentence to her work in the French Resistance and subsequent internment in a concentration camp. It quickly moves on to apparently more pertinent details, such as the top notes of Dior’s signature fragrance. 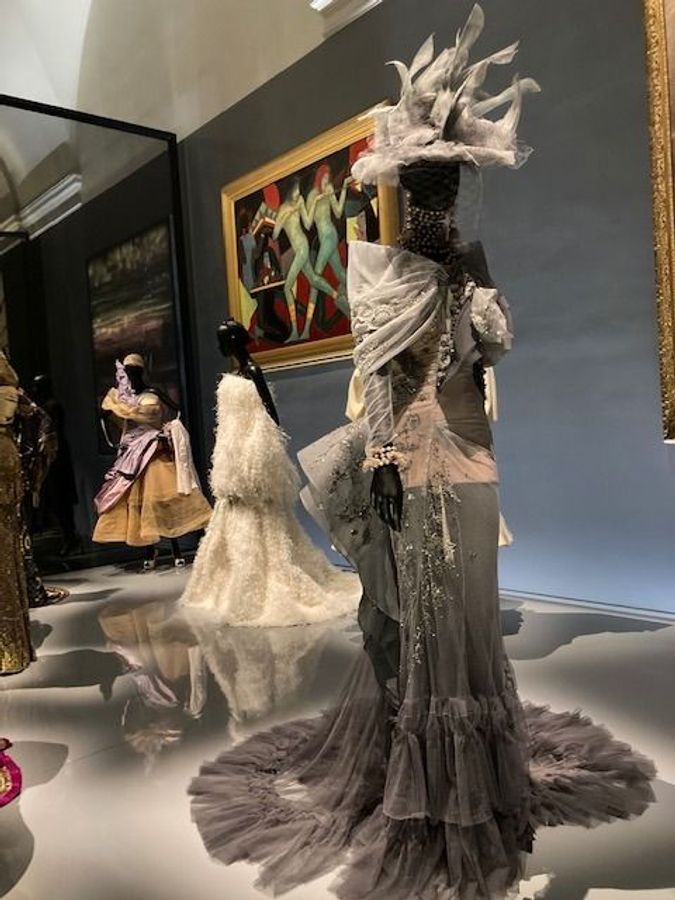 Even the section of the exhibit focusing on the more recent history of the brand gives little time to anything but the cut of various dresses. The work of John Galliano, who led Dior from 1996 to 2011, is showcased on a stage, but only passing reference is made to his antisemitic comments, which forced him to leave the brand. “Nonetheless, his years as Dior’s artistic director represented an era of unparalleled creative excess,” adds the informational plaque in response to the scandal.

Admittedly, a fashion installation is not meant to detail World War II history or explore antisemitism (though it certainly should be part of any exhibit on Coco Chanel). But for those of us who do not live in the world runways and silk and hand-sewn flowers, putting the work into context helps us understand why fashion matters. As much as haute couture often seems to exist in a vacuum, utterly impractical for actual wear, it is as much in dialogue with history as any other form of art.

Perhaps the desires of the Nazi wives Dior designed dresses for influenced his iconic silhouettes. Or perhaps his sister’s trauma from her time at the Ravensbruck concentration camp inspired a note of melancholy in her eponymous fragrance. Maybe John Galliano’s antisemitism predisposed him toward certain design influences over others. 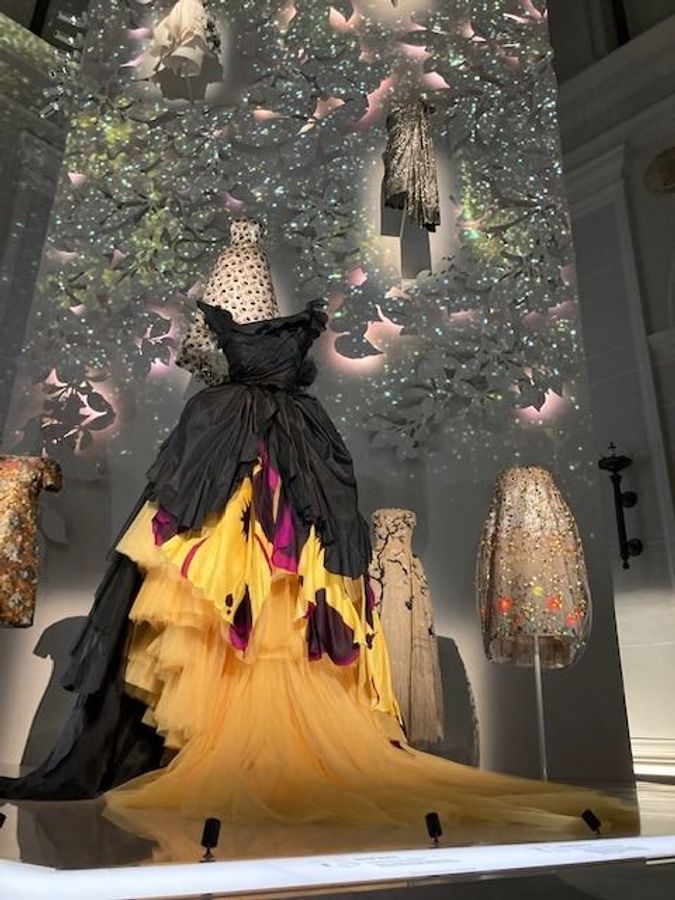 An impressive display of gowns. Image by Mira Fox

Or maybe not. But mentioning the fact that Catherine inspired the Miss Dior perfume feels meaningless without the context of their close relationship, one which must have been challenging given her work in the French Resistance as her brother tried to stay apolitical during the war, maintaining Nazi clients in order to keep business alive. ּAs it stands, the exhibit displays a whole lot of dresses without showing much of an arc, whether that’s Dior’s own life story, situating the brand within the history taking place outside of fashion or even contextualizing the work within the greater fashion world’s trends.

What remains is a visually staggering showcase of striking gowns and haute couture looks. There’s a floral gallery with gowns hung dozens of feet in the air, towering cases of designs mirrored into infinity, and a room that looks straight out of Versailles. The whole thing is like walking through a fairytale — except there aren’t any characters or stories, just beautiful illustrations.

Yes, Christian Dior’s designs were beautiful — but they come with a lot of Jewish history no one talks about