Celebrate Nowruz with these books by Iranian Jewish women 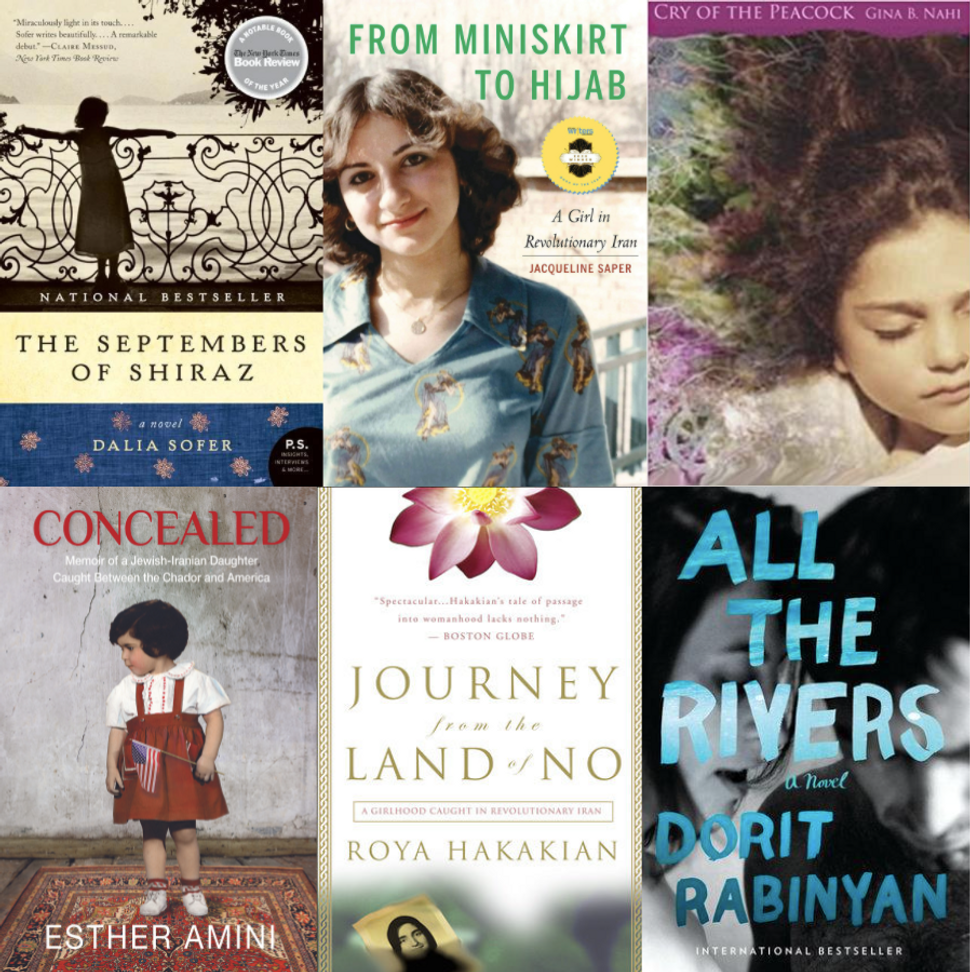 There’s a long history of women writing as a feminist act. For someone to declare the social value of their experiences — either through fiction, or in memoir, written with a strong “I” — is almost inherently activist.

For Iranian Jewish women, who come from a culture that doesn’t always encourage their expression, literature can make an especially powerful statement. And as we approach the Persian new year, Nowruz (pronounced no-ROOZ), which is celebrated concurrently with the spring equinox and falls during Women’s History Month, it’s a great opportunity to read the work of Iranian Jewish women.

These are our recommendations for reads by Iranian women to mark the occasion. Some of them revolve around similar subjects, exploring the 1979 Islamic Revolution and immigrant and refugee experiences. But the group of books covers broad ground, taking place in Iran, New York, California, England, Israel and Palestine across four centuries. So check it out — and try not to think too hard about how Iranian American Jews have thrice as many new years as their mono-calendrical counterparts.

“From Miniskirt to Hijab: A Girl in Revolutionary Iran” by Jacqueline Saper

Saper was born in 1961 and didn’t leave Iran until 1987; her memoir describes life in Iran before, during and after the 1979 Islamic Revolution, as well as during the tragic Iran-Iraq War, which began in 1980. While the hijab is an overused and far from perfect image used to gesture much larger and more complicated cultural differences — its mandate in post-revolutionary Iran is a relatively mild example of the government’s many evils — the book still provides a well-informed and richly detailed portrayal of one woman’s life as she bears witness to the cultural backlash and economic inequality that inspired a revolution against Iran’s secular and Western-friendly government.

A particularly touching moment comes when, on Passover, as is the tradition, Saper’s family says “next year in Jerusalem.” Saper recalls something her cousin Kami said during the Seder about life in Iran: “We already lived in the best place on Earth and had great lives. We had no reason to go anywhere.” As the situation in Iran got worse, Saper and her family members were constantly forced to reckon with a question to which there is no good answer: the question of whether or not to leave. 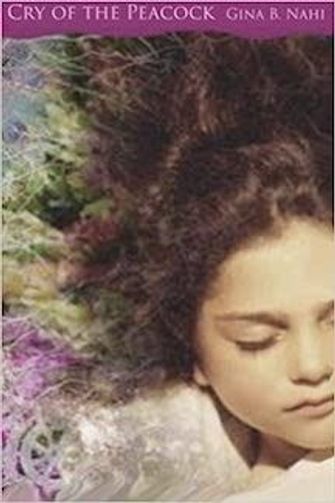 “Cry of the Peacock” by Gina Nahai

This fast-paced magical realist novel traces 200 years of Iranian Jewish history, largely through the lens of one particularly long-lived woman imprisoned by the Islamic Revolutionary Guard after the revolution. It features scenes of extravagant wealth reminiscent of “One Thousand and One Nights” paired with anecdotes about generations of women trying to survive in the impoverished Jewish ghettos of Isfahan and Tehran. Interspersed throughout it all is important historical context based on the author’s close study of Iranian Jewish history.

In the author’s note attached to her 2020 memoir, Amini, a psychotherapist, writes that the small Iranian Jewish community she comes from “holds secrecy and privacy as core values.” For the Mashadi Jewish community — which traces its roots to the northeastern Iranian city of Mashhad — these are values derived from a survival mechanism. For the first part of their lives, the author’s parents — like all Mashadis born after an 1839 pogrom — had to live outwardly as Muslims while risking their lives to secretly keep Jewish customs.

It sounds admirable until you fast-forward a few decades to parents so invested in tradition that they tell their American-born daughters “close your mind.” Fortunately for her readers, Amini didn’t. Out of traumas spanning two continents, she wove together a narrative that is beautifully written — and very funny. 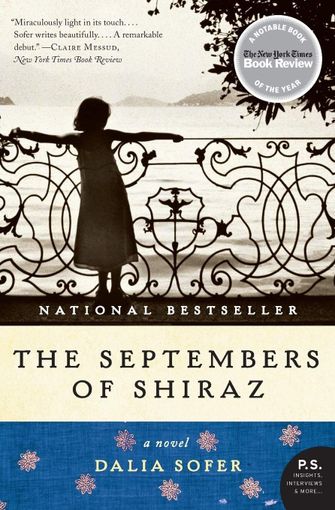 “The Septembers of Shiraz” by Dalia Sofer

Through the lens of one wealthy Iranian Jewish family, Sofer shows how the Islamic Revolution not only discriminated against Jews, who had benefited from a positive relationship with Iran’s previous government, but also veered from its original goals and values. In the novel, Isaac Amin, a jeweler who isn’t very religious, is imprisoned and tortured for supposed dual loyalty to Israel. His son, Parviz, struggles as an immigrant college student studying architecture in New York City. Meanwhile, Isaac’s wife, Farnaz, works to save her husband, and their 9-year-old daughter Shirin gets into some revolutionary hijinks of her own.

“All the Rivers” by Dorit Rabinyan

In post-9/11 America, Iranian-Israeli graduate student Liat and Palestinian artist Hilmi bond over the tendency of New Yorkers to assume that they’re Hispanic. Their ensuing affair — based on the author’s own romance with the late Palestinian artist Hassan Hourani — leads them to argue about the conflict between their two states. It also forces Liat to walk the line between pursuing her love and keeping her anti-Arab parents, who want her to marry a Jew, at bay.

Much to Hilmi’s annoyance, her solution is to tell everyone the relationship is temporary. “How can you love with a deadline, with a stopwatch running?” someone asks her at a party. Instead of answering the question, she asks, “What choice do we have?” 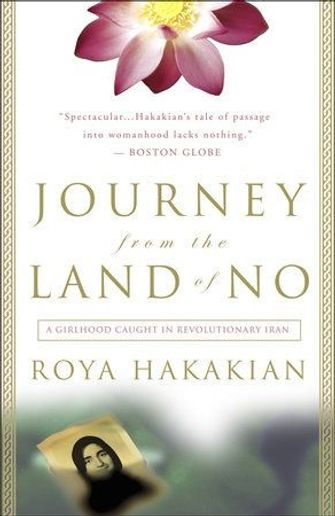 “Journey from the Land of No” by Roya Hakakian

In this memoir, Hakakian recounts her youth in Iran with the perspective not only of a refugee, but also that of a journalist who carefully studied Iranian history when writing her book. But also prominent is her background as a poet, which comes through in sentences like these: “I had to record, commit every detail to memory, so I could do in words what the cartographers had not done in their maps: attend to the existence of a time, an alley, and its children whose traces were on the verge of vanishing.”

“Brown Album: Essays on Exile and Identity” by Porochista Khakpour

Khakpour isn’t Jewish, but this list would be incomplete without a book that deals so amusingly with the themes of fake blondes, the TV show “Shahs of Sunset,” and the difference between saying you’re “Iranian” and saying you’re “Persian.” In conversational prose, Khakpour’s essay collection — published in 2020 — evaluates how Iranians (Persians?) fit into the racial system of the U.S, and, just as importantly, how many aspire to fit into that system.

Iranians may feel especially called out when she writes, “Every Iranian in the United States — particularly those who go by that purry, zhizzy Persian — will tell you their family was royalty or somehow connected to the Shah.” Be warned — Khakpour’s next book will be a novel called “Tehrangeles,” named for the nickname given to Los Angeles, the city where Iranian Americans are most concentrated.

Celebrate Nowruz with these books by Iranian Jewish women