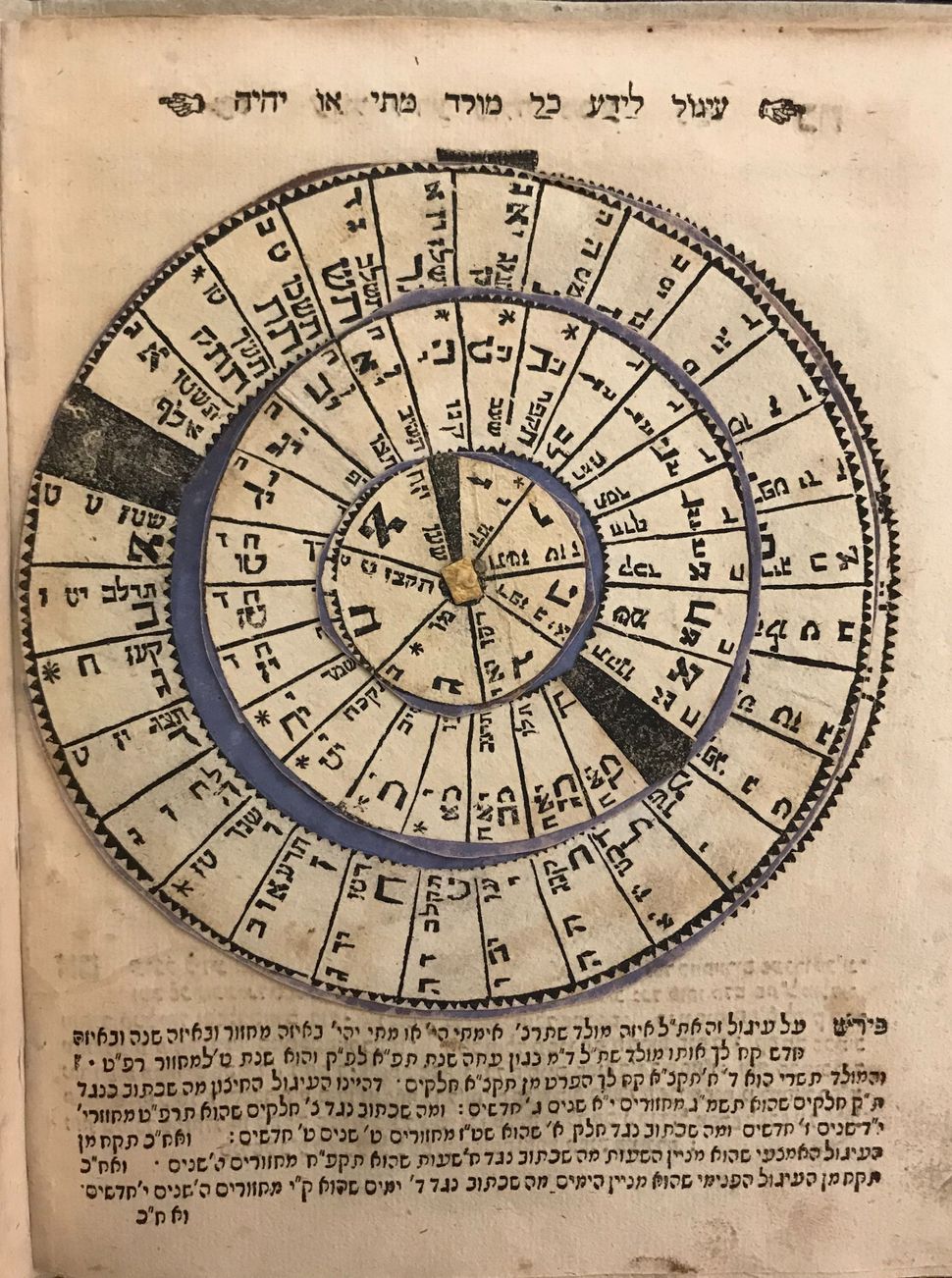 Volvelle: An instrument for calculating when new months would begin. Offenbach, Germany, 1722 By Library of Congress

Humanity is currently engaged in a massive, civilization-sized project to digitize all knowledge. You may have heard about this. The project is huge, but it’s not unified; contained within it are thousands of smaller projects, each devoted to digitization in a specific field. Some of these fields have developed slowly, while others have zoomed ahead.

Among the more successful projects is the digitization of Jewish knowledge. Jewish texts and scholarship have become so radically intertwined with computing that it is hard to imagine them ever separating. While these achievements might seem like the inevitable byproduct of a global effort, they are not; instead, the success has relied on a particular class of individuals who have the right technical knowledge, religious background and religious motivation to translate information from scripture into code.

Without such people, monumental projects like Sefaria and the Bar Ilan Responsa Project would not be possible. Just as the flood of printed Hebrew books in the 15th and 16th centuries owed much to a cadre of pious printers, the surge of online Jewish content is deeply indebted to several generations of coders who have treated the digitization of Jewish knowledge as a natural part of their religious lives.

The importance of religiously motivated programming is nowhere more clear than in the digitization of the Hebrew calendar. The idea for such a program might be obvious, but that doesn’t mean it emerged out of thin air. Digitizing the calendar amounted to a translation effort that only someone versed in Jewish law, Hebrew, mathematics and coding could undertake. This combination of skills is now fairly common, but it was not always so. Tracing the origin of the Hebrew calendar code tells us a little about the history of the pious coder, whose existence has had such a major impact on access to Jewish knowledge.

From Rabbinics to Mathematics 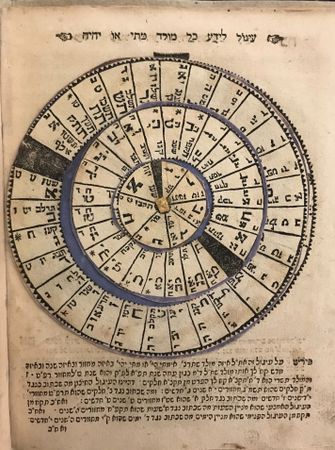 Volvelle: An instrument for calculating when new months would begin. Offenbach, Germany, 1722 By Library of Congress

Calendars have always been political, and control of the calendar was once the subject of bitter internal Jewish disputes. While the Jewish calendar was originally designed around witnessing the phase of the moon and the state of crop development, the system’s reliance on witness testimony meant that calendrical decisions needed to be made in one location and then disseminated throughout the world.

While this did not immediately rule out all controversy — the Cairo Genizah documents bitter disputes lasting into the 10th century — eventually rabbinic Jews settled on a single, entirely predictable calendar, at which point understanding the Jewish year passed wholly into the realm of mathematics. Algorithms for predicting the calendar appear as early as the ninth century, and more complex explanations of the calendar soon emerged as Jewish scholars became to assimilate Islamic astronomical knowledge. By the end of the twelfth century the core books on the Jewish calendar had all been completed.

Mathematizing the calendar made it both much simpler and completely transparent. In his work on the calendar, Maimonides notes that the decision to add a leap month to the calendar was once so sensitive that the technique was called the “secret of intercalation” (sod ha-ibbur). Nowadays, says Maimonides, “with no rabbinical court determining the calendar through observations, even children can come to understand our calculations in just three or four days.” 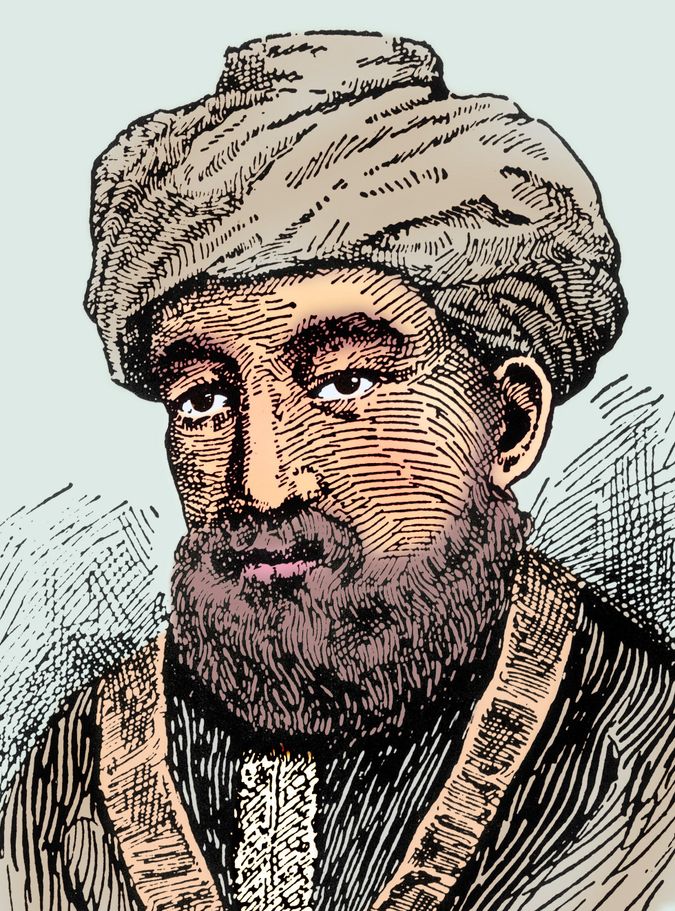 Maimonides, a genius who completed a commentary on the entire Mishnah by the time he was 22, may be overstating things somewhat. Still, calendrical calculations were simple enough that tables for calculating important dates or tables of important dates for future years could be included as an appendix to prayerbooks and other common religious texts (though these sometimes contained errors). More sophisticated calendrical works sometimes included “volvelles,” concentric paper circles that allowed the user to input information by rotating circles and see the needed information line up.

Volvelles and tables are an important step on the path to digitization, because neither one requires the user to have any theoretical understanding of the Hebrew calendar. Rather than teaching from first principles, these methods simply encode inputs and outputs so that the user can quickly get the information they need. By emphasizing the mathematics that underly the Hebrew calendar, these tools — and Christian tools like them — also served to push the calendar out of the domain of the rabbis and into the realm of mathematicians. This is how it came to be that the next major breakthrough in predicting the Hebrew calendar was made by someone who was not Jewish.

All Rhodes Lead to Gauss 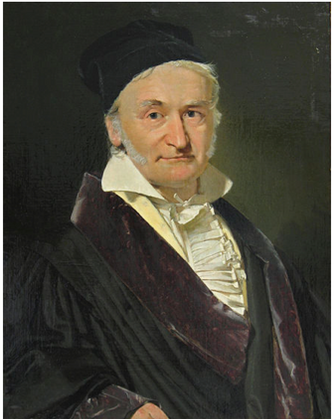 A Great Mathematician: In 1802, Carl Friedrich Gauss published a two-page formula for determining the date of Passover for any given year.

One of the fascinating things about calendars is that the mathematicians who care about them almost always care about all of them. Mathematicians going all the way back to al-Bīrūnī have treated calendrical studies as a fundamentally comparative activity, and generations of even very religious mathematicians have delighted in the intricacies of calendrical systems of faith other than their own. This helps explain why the first person to develop an algorithm for the Hebrew calendar was not a Jew, but Carl Friedrich Gauss.

Gauss, one of the greatest mathematicians of all time, worked in an astonishing breadth of fields. In 1802, he published a two-page formula for determining the date of Passover for any given year. Because he had no interest in Jewish observances or the religious logic of the Hebrew calendar, Gauss’ description is quite bare; he is not interested in the holidays, but only the rules that confine when they can take place. The Gauss Formula: A page from the work of Carl Friedrich Gauss, who was the first person to develop an algorithm for the Hebrew calendar, even though he was not a Jew. Courtesy of Archive.org

Though Gauss’ formula was empirically correct, it was not until 1898 that someone provided a mathematical proof of its accuracy, and in practice it remained a curiosity long after that. Jews continued to consult calendrical tables, and the availability of cheap, disposable, year-specific almanacs meant that it was often not necessary to calculate anything at all. In short, Gauss’ formulation remained a solution without a problem. 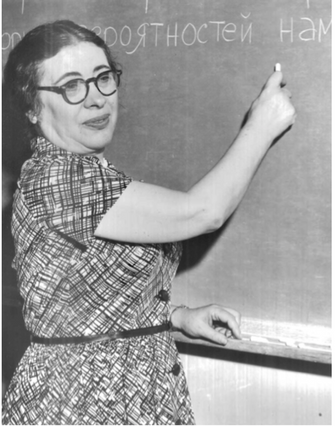 All Roads Lead to Rhodes: Ida Rhodes, a Ukrainian-born mathematician, was a pioneer of early American computing, By Wikimedia Commons

When Gauss’ formula again gained attention, it was because of the rise of computers. The person who took up the task of updating Gauss’ work was Ida Rhodes, a Ukrainian-born mathematician who was a pioneer of early American computing, is a fascinating character who deserves to be better known.

Born in 1900 as Hadassah Itzkowitz, Rhodes developed many of the American government’s first computer systems, programming both the Social Security Administration’s first computer and designing software for the census. She also taught programming lessons for blind and deaf people. In 1976, long into her retirement, Rhodes published an article presenting a simplified version of Gauss’s formula.

Rhodes’ formula drove the first computer programs to calculate Hebrew dates, including the software used by the U.S. Naval Observatory. Despite its elegance, however, Rhodes’ formulation was initially hard to implement. While performing the calculations by hand is not difficult, the algorithm requires mathematical operations that result in long and unwieldy fractions. Early computers did not do well with such numbers, and the result was a loss of crucial accuracy. While Rhodes’ formulas are still used today, the limitations made room for competition. 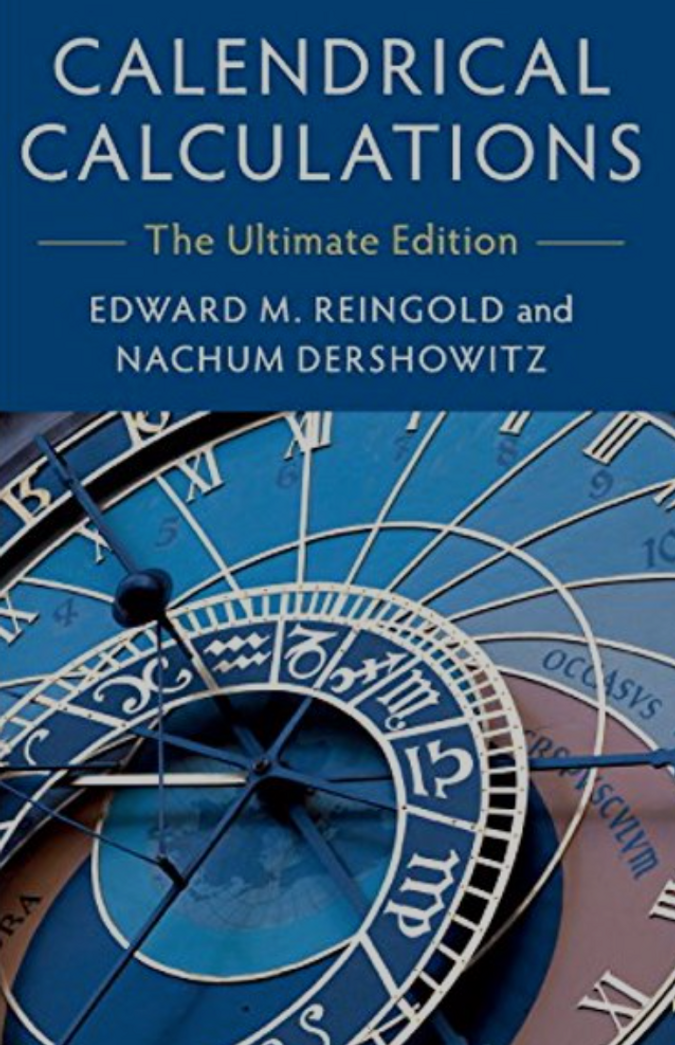 The next attempt to digitize calendars was designed with contemporary computers in mind. In the late 1980s, Edward M. Reingold, then a professor at the University of Illinois, found himself responsible for the calendar feature of GNU Emacs, a popular text editor. Working together with Nachum Dershowitz, a professor at Tel Aviv University, the two designed algorithms for Gregorian, Hebrew and Islamic calendars, and then generalized the code in their book “Calendrical Calculations” using the Lisp programming language so that it could be implemented anywhere.

Like al-Bīrūnī and Gauss before them, Reingold and Dershowitz could not restrain themselves to a single calendar, and they spent the next 20 years writing algorithms for every calendrical system they could find. The 2008 edition of “Calendrical Calculations” features algorithms for more than a dozen calendars, including some, like the French Revolutionary calendar, which have long since fallen out of use.

Despite cherishing all calendrical systems, the authors’ specific debt to Judaism is present throughout their work. The book is dedicated to the victims of the Holocaust; its frontispiece is an image of a multifaith calendar from an Iranian synagogue; and its preface begins with a quote from Maimonides. That it was Jews who digitized all calendars is no accident; instead, “Calendrical Caculations” needs to be understood as part of multigeneration project to digitize all of Jewish knowledge.

The book itself points to this context when the authors thank Yaacov Choueka for his assistance. Choueka, who died in 2020, was a force behind both the digitization of the Cairo Genizah and Bar Ilan’s Responsa Project, two of the most important digitizations of Jewish texts ever undertaken.

“Calendrical Calculations” proved incredibly popular, and after it was published it was just a matter of time before Hebrew calendar programs became widely available. One of the first implementations was Hebcal, which celebrates its 30th anniversary this year. First published to Usenet in 1992, Hebcal was designed by Daniel Sadinoff, then a computer science student at the University of Pennsylvania.

In addition to being a student, Sadinoff was a gabbai for one of the daily Orthodox prayer services on campus, which meant that he was responsible for its smooth operation and needed to be aware of the variations to the liturgy that special dates on the calendar can introduce. In an interview, Sadinoff told me that he originally coded Hebcal for his personal use, but later released the code for free (“shareware”) for Unix/Linux. In 1999, Michael J. Radwin gave the code a home online through hebcal.com, and versions have been used across the web, including (for a time) on chabad.org, one of the oldest and most popular Jewish websites on the internet.

Today, exploring the Hebrew calendar could not be easier; for most calendrical conversions and queries about upcoming holidays, Google itself will tell you the answer if you put the right terms in the search bar. What this ease of access masks, however, is the calendar’s long and complicated journey from a political device to a mathematical formula to a digitized algorithm to a web service, as well as the multitalented class of pious individuals who deemed this knowledge worthy of wide dissemination.

David Zvi Kalman is a Scholar in Residence at the Shalom Hartman Institute of North America and the owner of Print-O-Craft Press. His work can be found at www.davidzvi.com.