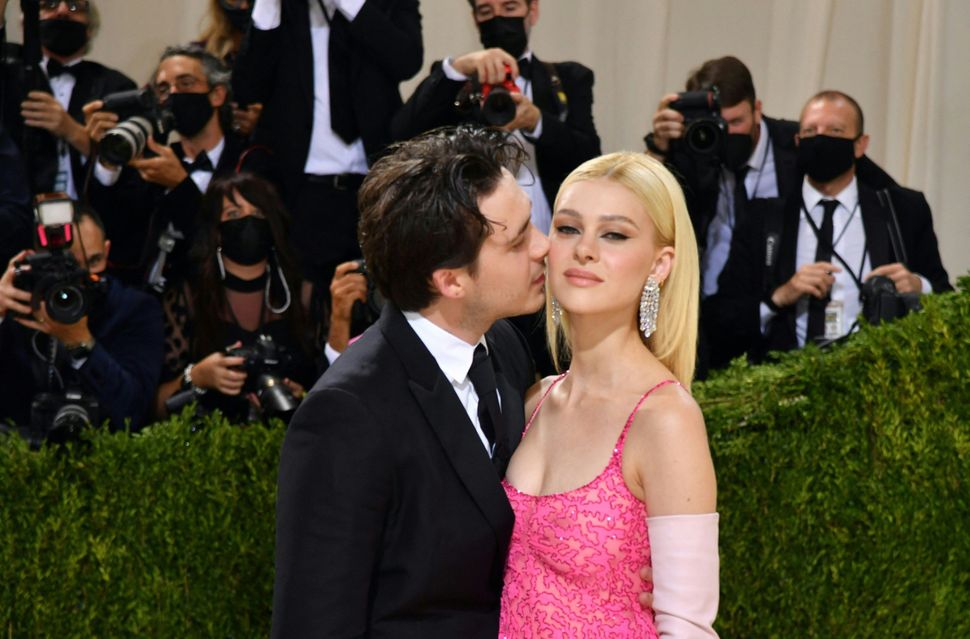 Brooklyn Beckham and Nicola Peltz at the Met Gala 2021. By Getty Images

It’s a beautiful thing when two young Jewish people in love join their lives under the chuppah. And for young Brooklyn Beckham and Nicola Peltz we wish only the best.

A model and photographer, Beckham, 23, is still best known as the son of Victoria “Posh Spice” Beckham and soccer player, model and MLS franchise-owner, David Beckham. Peltz, 27, ated in the 2014 “Transformers: Age of Extinction” movie and appeared as Bradley Martin in the A&E psycho-horror drama series Bates Motel. She’s best known for those comparatively modest successes because her model mother Claudia Heffner and her billionaire father Nelson Peltz are, given their means, quite private.

Eschewing the limelight is laudable, though the Jewish values that will place a chuppah over the newlyweds’ heads in Palm Beach, Florida, haven’t persuaded Nicola’s father to use his position on the board of Wendy’s to sign up that massive fast-food franchise to an industry-wide anti-slavery commitment.

The numbers say that the Beckhams are worth $450 million and have four children while the Peltz’s are worth $1.7 billion and he has eight children, three of them — including Nicola — with Heffner. The rabbis of old might point out that though Peltz’s father’s background is New York Jewish on both sides, they haven’t seen her mother’s ketuba. And they might further note that Beckham only comes to his Jewishness via his dad’s maternal grandfather Joseph West, and from his parents’ matching Hebrew tattoos,: “I am my beloved’s and my beloved is mine.” But, it’s almost certain that the rabbis of old will not be officiating, despite the wearing of yarmulkes and the spreading of the chuppah.

So, yes, wealth and celebrity is why so many eyeballs are on the planning, the preparations, the prenups, the possible locations and the tattoos that will probably be covered on the day of the wedding (April 9). And the attention that wealth and celebrity brings can have a warping effect on a relationship, but they have both grown up with wealth and have both chosen the attention so we have faith that they will enjoy joy and merriment on the day and a bond of love and trust hereafter.