Can four stylish yeshiva lads find love and karmic bliss amid the temptations of ‘New Hebron?’ 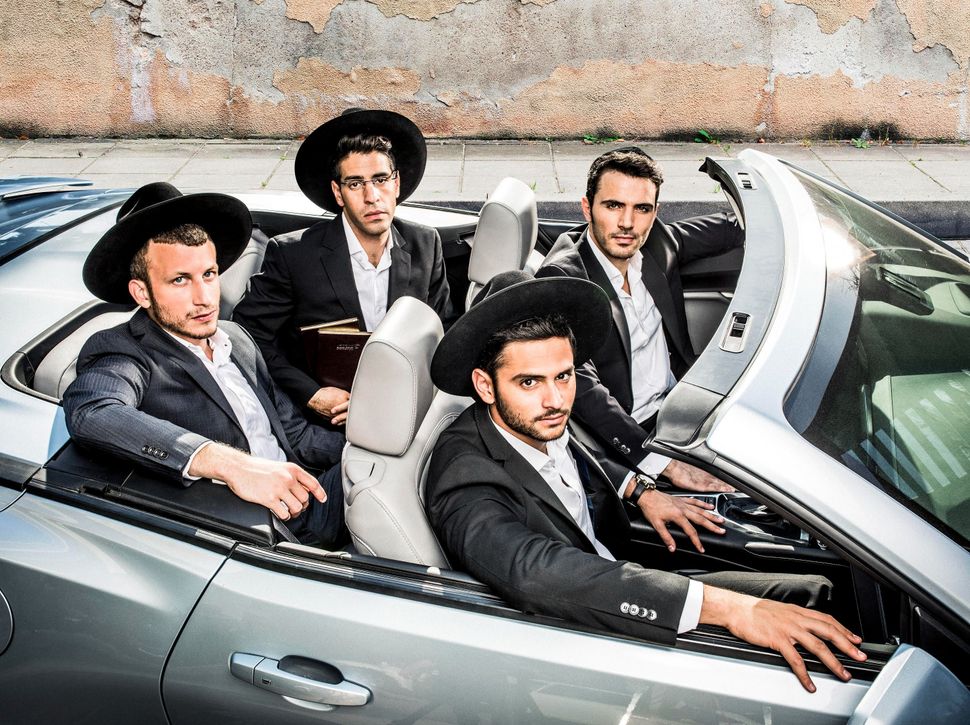 The cast of ‘The New Black’ Courtesy of ChaiFlicks

At the start of the second season of the Israeli hit comedy, “Shababnikim,” or “The New Black,” as it’s called in English, our four favorite TV yeshiva bochers — Avinoam, Gedalia, Dov Lazer, and Meir — have landed in the neighborhood of Rehavia, on what residents call the last secular street in Jerusalem. Kicked out of the yeshiva where they had their hijinks in Season 1, the team of misfits decides to construct their own yeshiva, which they call The New Hebron, named after the old Hebron, a century-old prestigious yeshiva that has produced several chief rabbis of Israel amongst their illustrious alumni (this version features flashing neon lights and black hats that are conspicuously smaller and sexier than typical Haredi fare).

In the new Hebron, Avinoam, most often depicted with his bangs in a curler or holding his smartphone that’s protected by a Dior phone case, is going to do things a new way — a modern way. Most importantly, he wants to extend an olive branch to his Rehavia neighbors, a group of weed-growing yoga-practicing artist-types, who call their own building, tongue-in-cheek, “The Secular Yeshiva.”

Avinoam, an earnest young man who loves the Jewish people — all of them! — does not mean for his yeshiva to colonize the neighborhood. In fact, he is completely taken aback when he first knocks on the door of “The Secular Yeshiva,” and they think he’s there trying to form a minyan. It is true, however, that he dreams, quite literally, of his secular neighbors suddenly deciding they’re so inspired by him, they want to pursue a life of Torah. But of course, that’s only if they want it. For him, the main goal, he says, is to find a way for the religious and secular to live harmoniously, side by side. And to do that, he’s willing to be flexible — flexible enough to get down, tzitzit dangling, right into cat and cow poses! 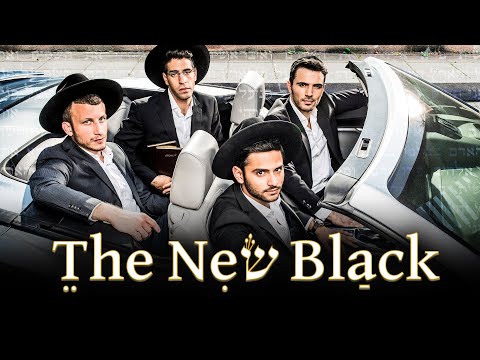 This new 15-episode season of “Shababnikim” follows the path of other popular Israeli television shows like “Autonomies,” “Mekimi” and “Unchained,” volleying back and forth over the secular/religious divide, and charting another set of fraught relationships: romantic ones.

We wait with bated breath to see what will happen with this group of men, 24-year-old virgins who suffer at the sight of a woman’s hair thrown back over her shoulder, her tight red sweater molding her body. Will Gedalia at last get together with Dvora, after they circled each other (but not under the chuppah!) throughout season 1? Will Avinoam get over his unrequited yearning for non-religious girls? Who’s the new love interest in Dov Lazer’s life — and why does this storyline feel like Akiva Shtisel chasing Elisheva all over again?

Finally (talk about cultural resonances!), I don’t want to ruin what happens with Meir and Ruth, but do you remember what had to happen to Mr. Rochester at the end of “Jane Eyre” to bring him down to poor Jane’s level? Think that 19th century classic but subtract the madwoman in the attic and add some ski slopes.

Of these four romances, the one featuring Dvora remains the most interesting, perhaps because Dvora is one of the most exciting representations of Orthodox women in modern culture, a dynamic counterpoint to the dull, conformist women and girls forming the Brooklyn milieu in “Unorthodox,” a place that made us root for the downtrodden heroine’s escape.

To a mainstream viewer, Dvora reads as feminist. Not bound by gender conventions, she sends her man flowers and chocolate, sets the terms for their relationship, and is not afraid to make the first move. Yet significantly, Dvora embraces a feminist ideology not only for the more secular aspects of her life, but also the religious ones. When it comes to Torah, this woman knows her shit. She doesn’t want to become a rabbi — he’s happy to leave that title to the men — but she does want to learn Gemara, to lead a community (in one episode, she performs a women’s megillah reading), and to advise on Jewish law.

Unfortunately, Gedalia is a traditional Haredi man — who in season 1 began every shidduch date by telling his potential wife that, when he is married, all he will do is study, that he will not clean, cook, work, or help with anything. At the end of the day, can Gedalia, steeped in the patriarchal norms of his community, handle Dvora’s feminism?

From Haredim in Playboy bunny sweatshirts to the show’s bumbling newcomers, Trabelsi and Tapiro (the latter a kippah-wearing, bearded doppelganger of John Candy in “Trains, Planes, and Automobiles”) to more of the sudden-death gags found in season 1, “Shababnikim” will have you laughing out loud. We even get a risqué Holocaust joke. “Don’t you have a train to catch?” Dov Lazer asks the bothersome ghost of his grandfather, a man who was sent to Auschwitz.

The show will also encourage secular viewers to rethink their attitudes toward Haredim. Sure, they might come in large numbers; they might party hard on Purim and litter the streets; and they don’t want women in tight clothes doing yoga in the courtyard their yeshivas overlook. On the other hand, the secular folks also come in large numbers; they party hard on Shabbat when the pious are trying to pray; they grow weed in their gardens; they see religious people coming and say, scornfully, “Not in my backyard.” It’s all, as Avinoam insists, a matter of perspective – and compromise.

In the end, this is not a series about Haredi colonization — a lesson for both “The Secular Yeshiva” and the viewers. As Dvora, the wisest character of the show, responds to Gedalia’s grievance that all that they do is argue: “If there were no arguments, you’d have no Mishnah. You’d have no Gemara. You’d have nothing…Everything you study in your yeshiva is about people who clash but still stay together.” Which is a good way to view the culture war between the secular and religious that is dramatized in this series–a push-and-pull way of life that is rooted in Judaism itself.

Can four stylish yeshiva lads find love and karmic bliss amid the temptations of ‘New Hebron?’