Taking the Gloss Off of ‘Shiksa Toes’ 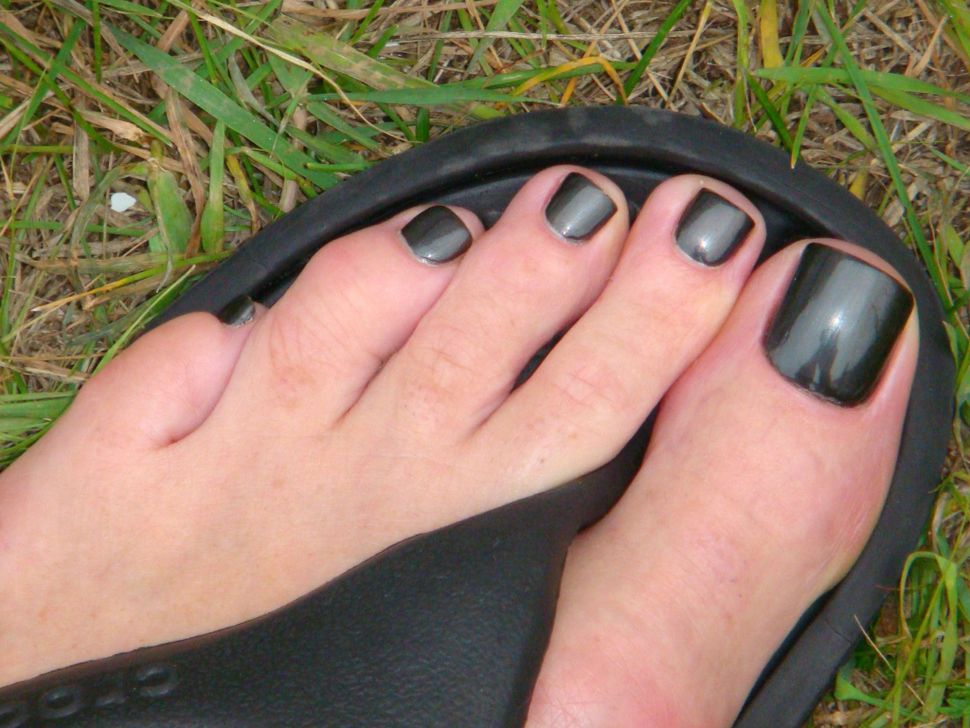 Boy, have we got shiksa problems. For millennia, Jewish men and women have treated gentile women like the half-bird, half-women Sirens of Greek mythology: beautiful, seductive creatures that have the power to draw the ship of community onto the rocks of assimilation. However, unlike the mythic Sirens, gentile women are human beings who live and work among us. Our “shiksa problems” are not about their mere presence, but about our treatment of them.

When my wife, Lora, first went to the mikvah a couple of years ago for her conversion, she forgot to remove her clear toenail polish. We joked on the way home that she had almost gone through life with “shiksa toes.” But, in a way, all women who convert do still go through life with “shiksa toes” because, for many Jews, a gentile woman can never really change — even after religious conversion. Despite the insistence of the early rabbis that converts are to be treated as if they had always been Jewish, for many people a converted woman will always carry with her a shiksa stigma.

And, to my surprise, the stigma of being a shiksa is profound. I stopped joking about my wife’s toes when I found out that the word “shiksa” is a Yiddish term of disgust derived from the biblical Hebrew word shakaytz, meaning “to abominate an unclean thing.” The female form is infinitely more common than its masculine form, “shaygets,” but this lopsidedness only adds to this unpleasant reminder of sexism.

Christine Benvenuto, a journalist living in Amherst, Mass., claims that the term is still in full, vitriolic use. In her new book, “Shiksa: The Gentile Woman in the Jewish World” (St. Martin’s Press), Benvenuto explodes the myth of the predatory gentile woman prowling to seduce the helpless Jewish man. From biblical times to the present day, non-Jewish women and converts to Judaism have stood at the heart of the Jewish people, despite being under continual suspicion of “stealing the Jewish male and weakening the Jewish people.” As Benvenuto points out, four of the 12 sons of Israel (Dan, Naphtali, Asher and Gad) were born to Jacob’s non-Jewish concubines Bilhah and Zilpah. (Benvenuto was raised Catholic in a predominately Jewish neighborhood in Brooklyn and converted to Judaism after marrying a Jew.)

One modern-day mother of the Jewish people is Amy Aaland, executive director of the Joseph Slifka Center for Jewish Life at Yale. Aaland, who converted to Judaism in the 1990s, is not only the mother of three (extremely cute) Jewish boys, but also serves as a surrogate mother for the thousands of Jewish students who frequent the center. Aaland’s long blond hair often prompts the comment, “You don’t look Jewish.” She said she almost never hears the word “shiksa,” but that her colleagues remind her in small ways that she is the ger — the stranger. Each time her Hebrew name is used, all are reminded that she is “bat Avraham ve Sarah” — a symbolic, not biological, member of the Jewish community.

Benvenuto told the Forward that, in addition to “Jews by choice,” there are many women who choose not to convert to Judaism but nonetheless engage in the Jewish community on behalf of their husbands, children and communities. Bilhah, Zilpah, Rachel, Ruth and the countless contemporary women converts, like Aaland, Benvenuto or my wife, are actually moving to the center of Jewish life. If we continue to alienate and marginalize those loving mothers, wives, daughters, teachers and students because we view them as, and refer to them as, “shiksas,” we will be, as the novelist Maggie O’Farrell put it, “shooting ourselves in our testicles.”

O’Farrell’s best-selling novel “After You’d Gone” (2000) deals with the relationship between a non-Jewish woman and a Jewish man, whose father is vehemently opposed to their marriage. The book is written from the point of view of Alice, the non-Jewish woman. Although Alice has more to worry about than the antipathy of her father-in-law, O’Farrell said she included this issue in the book because she was astounded that “intermarriage” could present a problem for modern, logical people. This is a view shared by “Bonita,” the non-Jewish girlfriend of a Jewish celebrity who asked that her real name not be used. Struggling to come to terms with her feeling of exclusion, “Bonita” said that the constant undercurrent of cliquey allusions makes it feel as if her new community is saying, “We’re in a gang and you’re not.” Yet in a strange way, it’s this same gang-like structure that she and many other non-Jews find so attractive about Judaism: not the exclusionary aspect, but the support structures, the close-knit community and the possibility of hooking into that community’s proud history.

Shiksa is the “N” word of the Jewish community. It is so often used jokingly that we can forget that it’s a vile, sexist, racist word. Somehow, perhaps because sexism is still tolerated in a way that racism is not, “shiksa” is more acceptable than the equally despicable “shvartze.” Yet, when asked, most people who use the term “shiksa” will defend their word choice with the argument that it is common parlance for denoting a non-Jewish woman, and not intended as an insult. But, whatever the intention, it remains a crass insult, and reveals a state of mind that embarrasses us as a community.

“Bonita,” O’Farrell and my wife all agreed with Aaland’s assessment that it’s hard to “convert to a culture that says [Jewishness] is in your genes.” Yet all three said they would be happy to marry, or for their daughters to marry, Jewish men. None of them, however, was prepared to accept the prejudice implied by racist and sexist terminology, and neither, as Jews, should we. For an often-persecuted people inclined to spend inordinate amounts of time thinking carefully about the rules governing our behavior, it seems that many of us have spent too little time thinking about how we refer to the gentile and ex-gentile women in our midst. Let’s get rid of our prejudiced language and put the “S” word to the sword.

Dan Friedman is a founding editor of Zeek: A Jewish Journal of Thought and Culture (www.zeek.net), and head of English at Schechter Regional High School in Teaneck, N.J.

Taking the Gloss Off of ‘Shiksa Toes’