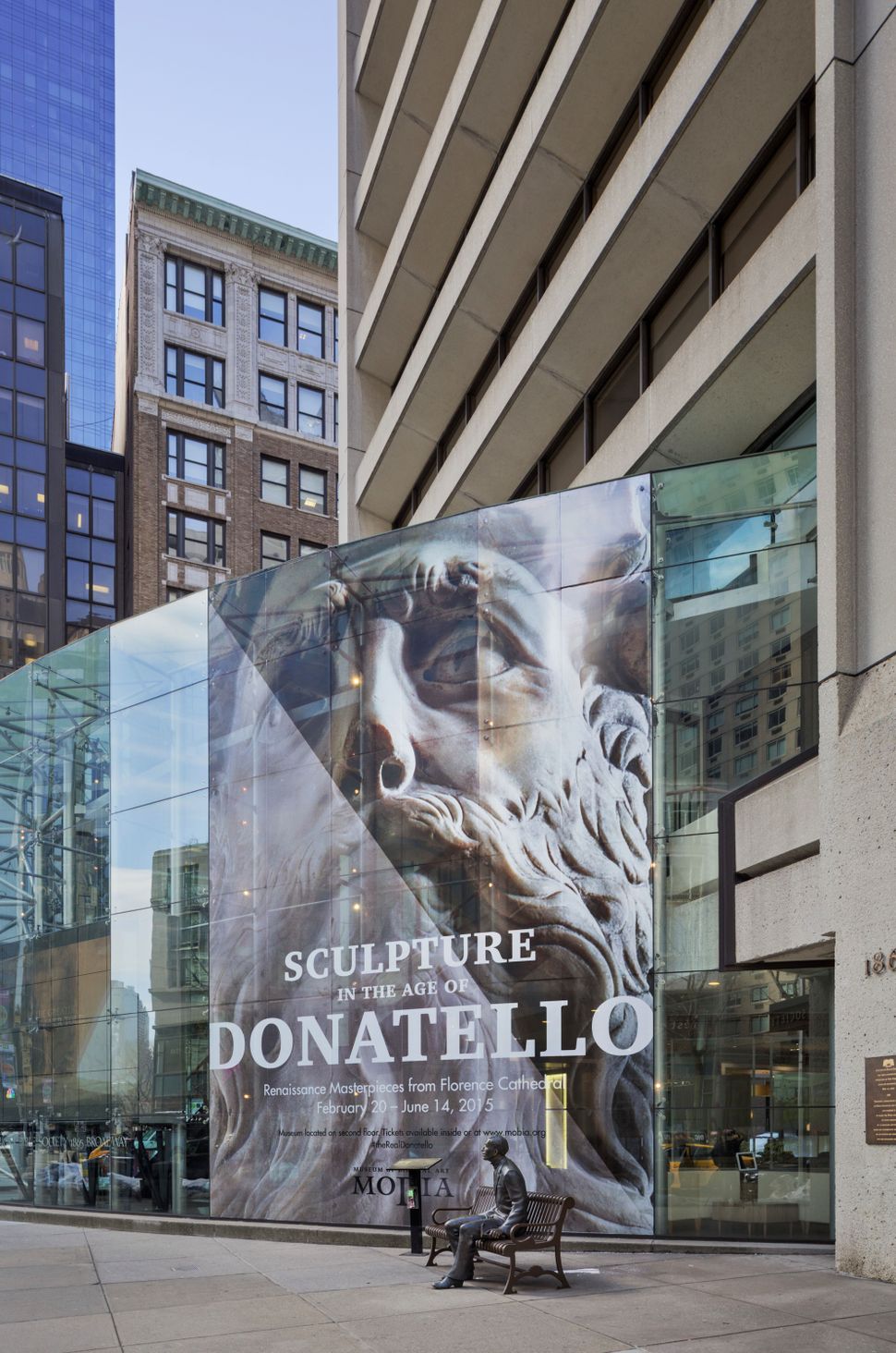 New York City is losing its Museum of Biblical Art.

The Board of Trustees of MOBIA announced that it will close for good on June 30 this year. Its current exhibition, Sculpture in the Age of Donatello, will remain open to the public through June 14.

This comes about a year after the American Bible Society, which owns the building on Broadway at West 61st Street, announced that it would sell the real estate, where MOBIA has rented space in the second floor of the building for an annual rent of $1.

Since then, MOBIA has been scrambling in vain to find a new space it could afford. “It’s always a challenge running any non-profit. Art museums are very particular creatures,” said Richard Townsend, the Museum’s director, adding that they were unable to double up their fundraising efforts in such a short time period. “That’s too much to expect from anyone.”

The Museum would need between $1.5 million and $5 million more to pay annual rent, in addition to an operating budget that averages at $2.8 million. Because the Museum is a non-collecting institution (“We were organizing a different museum every few months,” said Townsend) there will be no works or substantial assets to be dispersed with its closing. A staff of five full-time and seven part-time employees will be let go.

Founded in 1997 as an art gallery by the ABS, the Museum became independent in 2004, and opened to the public a year later. “In the beginning [the ABS] gave us a lot more support to build own donor base,” said Ena Heller, the founding director of the art gallery, and director of MOBIA until 2012, adding that it was agreed upon that the support would diminish year after year. “It was exceptional in that it allowed museum to actually exist,” she said.

In January of this year, the ABS, a non-profit that publishes, translates and distributes the Bible and was founded in 1816 in New York, said it would relocate its headquarters to Philadelphia, citing increased livability, affordability and strategic opportunities as reasons for the move.

Heller said that the move to Philadelphia came as a surprise. “I knew they were contemplating selling [the building], but I thought they would be staying in New York,” she said. “MOBIA didn’t factor into the move, because MOBIA wanted to stay in NYC.” Said Townsend: “It’s a special part of New York mix.”

The Museum describes itself as “the nation’s only scholarly museum specifically working at the intersection of art and the Bible,” and takes a secular perspective on the Bible, seeing it as “a culturally foundational text, which has greatly influenced artists historically and continues to inspire the creation of countless important works of art today.” MOBIA regularly offered tours for school classes and adults, as well as special “access” programs for people with dementia and visual impairments.