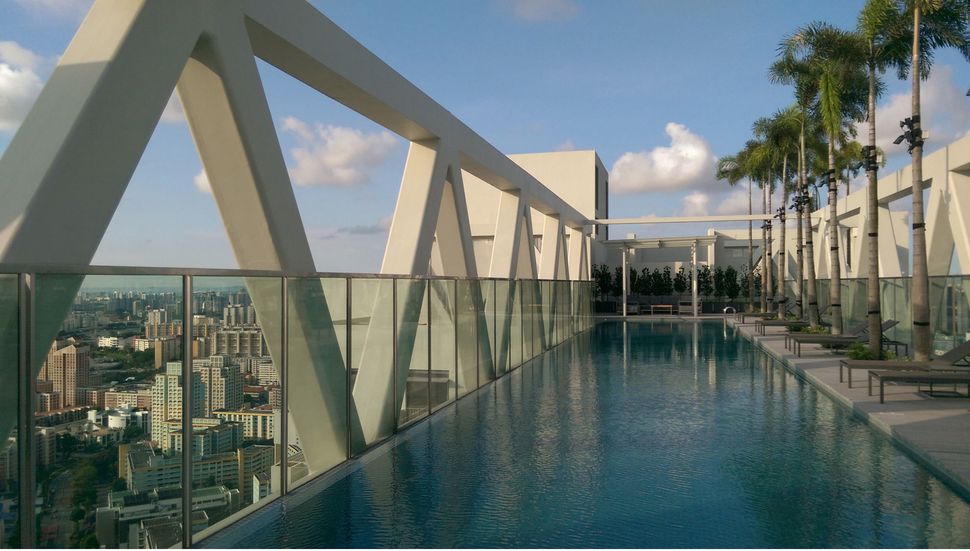 Image by Jonathan Choe for UrbanARCHnow

Moshe Safdie was sitting in a wood-paneled room in the National Academy of Design’s Beaux-Arts mansion on Manhattan’s Upper East Side, surrounded by his drawings and architectural models. Represented among the works by the septuagenarian architect in the exhibit “Global Citizen: The Art of Moshe Safdie” were materials related to some of his Israeli projects: Yad Vashem, Ben Gurion Airport and the city Modi’in. But Safdie, who was born in Haifa, lamented the lack of attention he receives in his home country.

“In Israel, the phone doesn’t ring very often,” he said.

Canada (where he was raised) has awarded the Boston-based Safdie the Companion of the Order of Canada and the Royal Gold Medal of the Royal Architectural Institute of Canada, and he has been recognized for his work in the United States. But when the mayor of Modi’in recently fired him from the city that he calls “my baby,” Safdie said his appeals fell on deaf ears.

“I wrote Netanyahu. He didn’t even answer me. If I write the president of the United States about an issue, he answers me. The prime minister of Canada? He answers me. In Israel, they treat me not well. I’ve never been honored in Israel.”

Wandering through the academy’s galleries, it’s tough to forget that the exhibit is located a mere two blocks from the Jewish Museum. The museum was initially approached about the exhibit some six or seven years ago, but it turned down the show because of lack of space to house it, according to Anne Scher, the Jewish Museum’s director of communications. In 2011 the exhibit was again proposed, this time by Arkansas’s Cristal Bridges Museum of American Art (which Safdie designed), and the Jewish Museum was told the size of the show could be reduced.

“After careful consideration it was regretfully decided that it did not fit in with other plans for the Jewish Museum’s exhibition schedule,” Scher said.

Safdie said that version is accurate. “In the final analysis, they wanted me to cut the show in half, which I thought was not reasonable,” he said, noting that he is glad the show hangs at the National Academy of Design (where he became a member four years ago). A Jewish Museum show “would have overemphasized the component of my work in Israel and Jewish institutions,” he said. “At the National Academy, the broader international and ever-ideological aspects of my practice are seen in a setting focused on the professional and artistic aspects of my work.”

Those broader international aspects are clearly represented by the more than 175 objects in the exhibit. Among the buildings shown here are the recently opened Sky Habitat Residential Tower in Singapore, the main branch of Salt Lake City Public Library and the National Gallery of Canada. The show also includes a number of unbuilt projects, such as Palm Jumeirah Gateway Mosque, in Dubai and a Western Wall design for Jerusalem.

Unrealized projects are par for the course, according to Safdie. “The nature of the contemporary practice, even for those who are dubbed ‘stars,’ is that most of their work is in competitions,” he said.

His Western Wall project (1985) was rejected, Safdie feels, for political reasons. “At some point, the religious parties gained strength in the coalition,” he said, and their “skepticism” killed it.

Still, Safdie often finds himself cast as an ambassador for Israel, including when he works in Arab countries, and he noted that in his bios he is often referred to as an Israeli first and an American or Canadian second. “That hasn’t prevented me from working in Saudi Arabia, working in Dubai, working in Muslim Turkey, in Muslim Iran in the time of the shah, in Muslim Senegal,” he said. “I’ve always felt that somehow as a professional, I transcended political priorities — that people have respect for the work and the ideas.… In Saudi Arabia, they say, ‘We want you because you understand the Middle East.”

He recalled working on a project in Saudi Arabia during the last Gaza war, when “all hell [was] about to break loose,” and his counterparts asked him why Israel wasn’t doing more to bring together both sides. He is a defender of the country, but also, on occasion, a critic.

“I’m not a defender at all costs,” he said. “This is one of the worst governments we’ve ever had [in Israel]. It scares me.”

He attributes some of his difficulties in Israel to his work with the Reform movement, including designing Hebrew Union College-Jewish Institute of Religion’s Jerusalem campus, in 1988. “I was excommunicated from the Orthodox Institutions,” he said. “You get caught in the Jewish wars.” The Reform movement, he added, “is completely misunderstood in Israel. They see it as a kind of Christianized Judaism.”

Safdie says he feels particularly proud when he visits the Skirball Cultural Center in Los Angeles and sees visitors of every religious, racial and cultural background. As for the other stuff, like his public relations struggles in Israel? “You know the expression ‘Dayenu’? So dayenu!” Safdie said.

Menachem Wecker is co-author of “Consider No Evil” (Cascade Books, 2014).