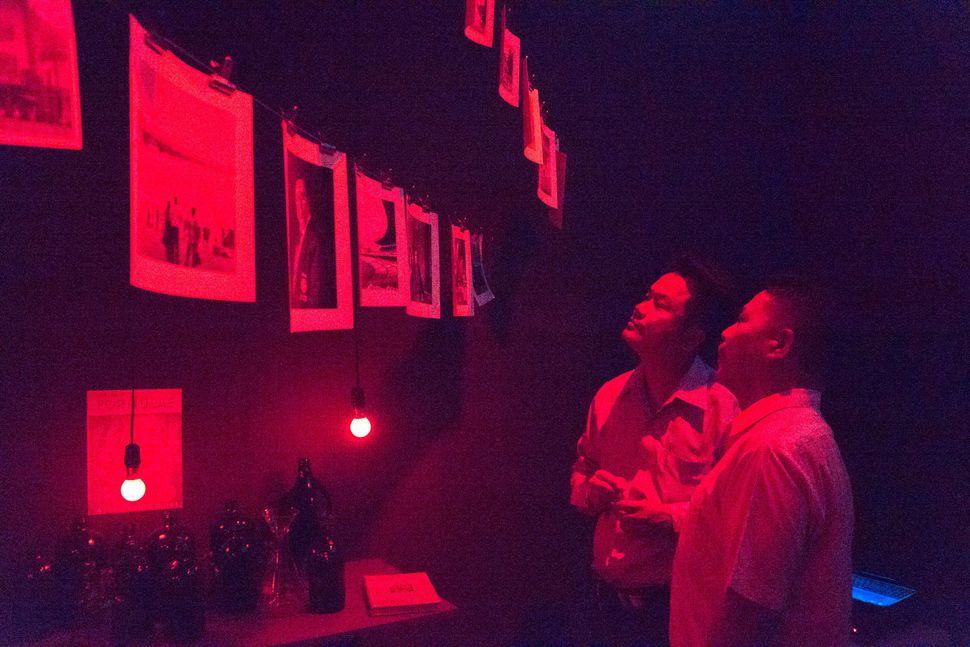 Image by Courtesy of Alan Teller and Jerri Zbirai

About 25 years ago, Alan Teller and Jerri Zbiral bought a shoebox of 127 negatives and prints that they found under a couch at an estate sale in Northbrook, Illinois, near their home in Evanston. Their friend Irving Leiden, who had recently died, had owned the box, and his widow didn’t recall any information about the photos. On the bottom of each negative was the inscription “ “10th PTU” and either 27 April or 3 May, 1945.

It was clear from the beginning to Teller and Zbiral — a married couple who specialize in photography — that these golden-hued images of Bengali villagers who look straight at the camera, and of Hindu temples and other buildings, were not just ordinary snapshots. But, busy with their work and raising two children, the couple set aside the box until 2004, when Teller was teaching a class on photography and anthropology at Lake Forest College in which he asked students to curate and design an exhibit based on these photographs. Teller wanted the students, most of whom largely experience photographs as little images on their smartphones, to experience the materiality of photos. One student became passionate about the images, and correctly figured out that the photographer was probably an American soldier stationed in West Bengal near the end of World War II.

In 2011, Teller and Zbiral traveled to India to try to solve the mystery of who took the pictures and why, and in 2013 they received a Fulbright-Nehru Scholarship grant; they spent five months in India, continuing their research and creating a project in which Indian artists responded to the images with new artwork of their own.

An exhibit of the resulting artwork was shown in Birla Academy of Art & Culture, in Kolkata, this past February, and will open at the Indira Gandhi National Centre for the Arts, in Delhi, in January 2016. In a 30-minute documentary film called “Following the Box,” shown in New York and Texas, and this past June at Chicago’s Field Museum, one can see some of the 10 Indian artists, as well as Teller and Zbiral, explain their work and how it was created in response to the photographs.

An earlier documentary film that Teller and Zbiral made — “In the Shadow of Memory” — concerns the Nazi destruction of the Catholic town of Lidice, Czechoslovakia; Zbiral’s mother and half-sister survived the massacre. Zbiral was born after the war, and left the country as an infant, but the film explores the legacy of the tragedy on later generations. “Following the Box” shares a similar theme of tragedies and events that have repercussions for later generations who have never experienced them directly.

Several of the artists in the exhibition try to imagine themselves in the position of the photographer. Sanjeet Chowdhury writes in the exhibit catalog: “Look at the way [he] sees his subjects and their environment — there is a humanness to it. It is neither seeing the world through rose-colored glasses, the west’s romanticizing the east, nor is it colonialism. These photos reveal a person trying to understand… I have tried to put myself in his shoes, to imagine what he might have seen and thought 70 years ago.”

In “Letters to Rachel,” a film six and a half minutes long and included in the exhibit, Chowdhury chose to make the identity of the photographer a Jewish soldier in India who misses his girlfriend, Rachel, back home in Baltimore. That an Indian artist has imagined the photographer to be a young Jewish man embodies the essence of this entire project — an appealing cross-cultural leap of empathy.

Prabir Purkayastha imagined a wholly different identity for the photographer, a man named John Miller from rural Texas, and created a series of triptychs of images titled “John Miller —The Early Years.” In the exhibit catalog, Purkayastha says, “It was as much a journey of self-discovery as it was an exhausting effort, retracing the invisible steps of an American ‘man-of-war’….” Another artist, Sarbajit Sen, created eight prints in the style of a graphic novel. In the exhibition catalog he writes that he tried “to imagine an unknown solider so many years ago gently holding his Speed Graphic camera in utter empathy and gazing at the eyes that were gazing back at him.”

Although certain facts have become clear — the photographer was indeed an American stationed in Bengal during WWII — the question of the photographer’s specific identity remains a mystery. Still, the artists’ imaginations have filled in the empty unanswered spaces, and in doing so they have created art. The images testify to the power of art to bridge the distance not only between times, but also between countries and cultures.

Laura Hodes is an attorney and writer based in Chicago.