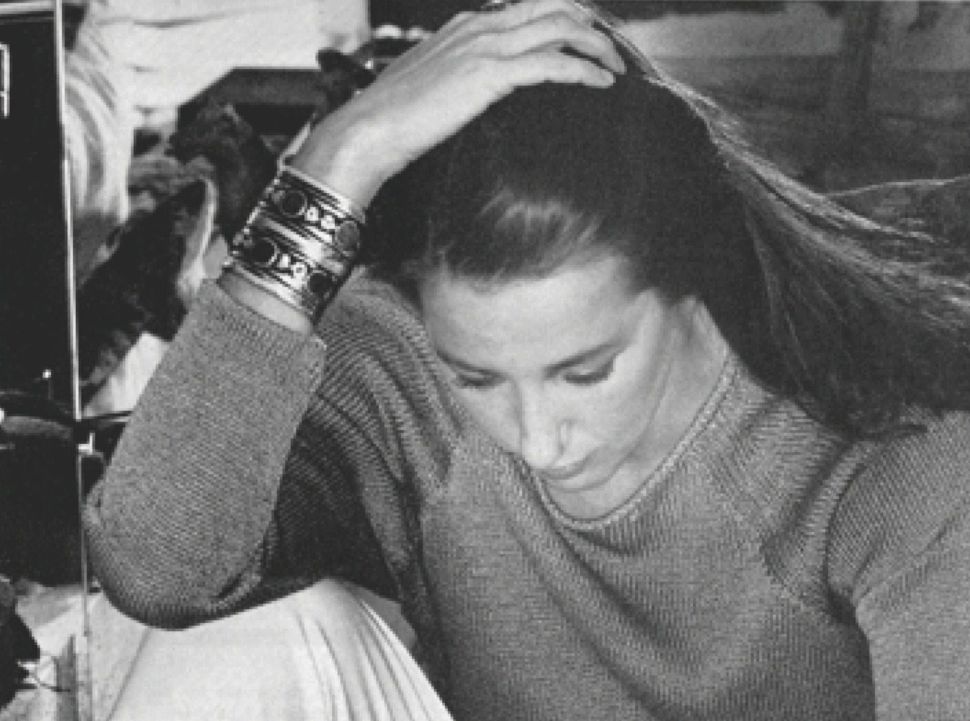 Image by Courtesy of Donna Karan

One day, when fashion icon Donna Karan was 11, she went up in the attic of her home and discovered old family photos hidden away in a trunk. In one, she saw her mom with an unfamiliar man. When her mother, known as Queenie, discovered her there, she became physically abusive.

According to Karan’s newly published memoir, “My Journey,” Queenie “grabbed me by the hair, practically throwing me down the stairs, and grounded me every weekend for a month.”

Apparently, young Donna’s mom had been married once before: The photo she had discovered was of Queenie and her first husband.

“I grew to hate secret keeping of any kind,” Karan writes. “I’m convinced I’m completely uncensored because my mother was so closed.”

“Uncensored” is putting it mildly. Over the course of her book, Karan reveals everything from an innocent first kiss in first or second grade — with a certain Michael Sprinzen — to an affair she had with her future second husband while engaged to her first husband.

Karan presents herself as talented but flighty, flitting from one spiritual movement to the next. On the day LVMH, the French luxury goods company, was slated to purchase Donna Karan New York, the company’s namesake walked into the meeting and said, “I just got off the phone with my psychic, who tells me that Mercury is in retrograde, which means this is a terrible time to enter any kind of contract. Can we put this off for a while?”

“All creative people — an energy just goes through you and you create,” Karan told the Forward in a phone interview. “People ask me why did you do this in your show or that. I don’t know. All of a sudden, you’re sketching. Sometimes I have a piece of fabric in my hand and it just talks to me.”

Karan, 67, was raised in the mostly Jewish Five Towns area of New York’s Long Island, born to Gabby and Helen Faske. He ran a company that made custom men’s suits, and she was a model-turned-showroom salesperson. But Gabby Faske died when his daughter was just 4 years old, and about a year later, Queenie married Harold Flaxman who was also in the rag trade.

The family was not religious, but Karan attended many of her friends’ bar and bat mitzvahs and went to a Jewish camp each summer. There she met a friend, Beverly Adwar.

“I spent the Jewish holidays with [the Adwars],” she writes. “When you don’t have religious touchstones in your life, you crave them. At least I did.”

She started to display a sense of style around the age of 14, when she lied about her age and got a job at a boutique. She became popular with local moms and daughters because she could mix and match wardrobes.

“It seemed like a natural for me,” she said. “I was a very good salesperson. I was able to see the clothes and what made them look good. I tell would-be designers that they should first work in retail.”

Karan enrolled at Parsons School of Design and landed an internship with Anne Klein. Though Karan was just a gofer, she still impressed her boss — at least at first. Klein advised her to quit school because she would learn more from her than she could by attending classes. Karan followed her advice, but after about a year she was fired; Klein found her too neurotic.

But who wouldn’t be a little off, what with the Sturm und Drang in her personal life. Karan was midaffair with Stephan Weiss, a married man, while she was engaged to Mark Karan, whom she married in 1968 and with whom she had a daughter named Gabby, after her father. But she says Weiss was the love of her life. (She married him in 1983, and they were together until he lost his battle with cancer in 2001.)

Though Karan’s personal life was often in disarray, her career prospered. “Usually with a negative comes a positive,” she told me. She got a job with another designer, and then, a year later, Klein took her back.

But in 1972, Klein became ill and increasingly dependent on Karan for designs. Karan, though, was pregnant and planning a stay-at-home life. Within a week of the birth of Karan’s daughter, Klein died.

“I had to go back and do the collection. It all happened at the same time. While I was pregnant I’d been exploring staying home. Turns out that’s not how the universe wanted it,” she said.

Karan made a success of her Anne Klein collections, then started her own label. Her first Donna Karan New York collection sounded like the title of a Jack Nicholson film. She called it Seven Easy Pieces — mix-and-match shirts and skirts and jackets that created wardrobes for working women.

That led to DKNY, a less expensive offshoot: DKNY jeans, fragrances, accessories, even a menswear line.

Meanwhile, Karan continued to seek spiritual sustenance. There were EST sessions and ashrams. But more permanent than any of these seems to be her association with Kabbalah, which she started studying in 2004. Previously, she records in “My Journey,” she would work on all the High Holidays. She recalls pushing some racks of clothing down a Manhattan street with Klein, who was also nonobservant, and hearing a shofar sound, presumably from a synagogue they’d passed. “At least we knew to feel guilty about working,” she admitted.

Last June, Karan quit her namesake company to work with Urban Zen, a company she founded to sell clothing, artisanal jewelry, accessories and housewares from around the world. About 10% of its profits are donated to charity, including Kids Creating Peace, a Kabbalah-inspired organization in Israel that brings together Israeli and Palestinian children, hoping to create a peaceful future.