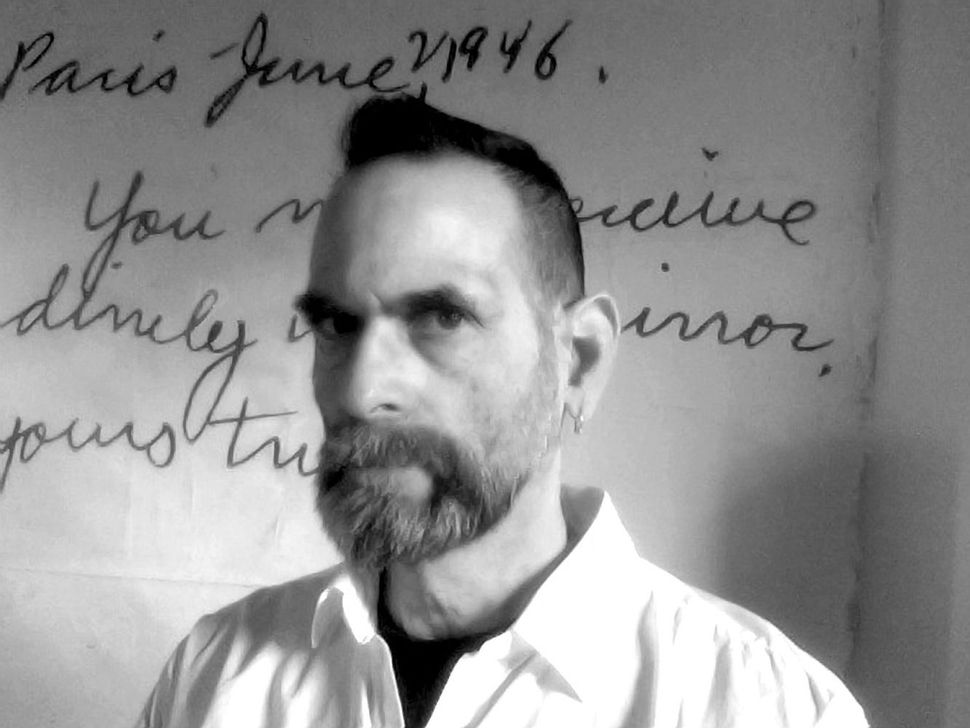 In the 1980’s the American Jewish artist and writer Avram Finkelstein was a co-creator of the iconic AIDS crisis protest poster which features a pink triangle with the words “Silence=Death.” How this influential graphic image was designed is recalled in Finkelstein’s new memoir, “After Silence: A History of AIDS Through Its Images” (University of California Press) Finkelstein spoke from his home in Brooklyn to the Forward’s Benjamin Ivry about his advocacy and creative career.

In March 1986, political commentator William F. Buckley asserted that AIDS patients should be tattooed as a warning identification. Did this impel you to revive the image of the pink triangle?

FINKELSTEIN: The Holocaust references were obvious. There was also public discussion of putting gay men into concentration camps to keep the epidemic from spreading, and the Buckley editorial was a sort of galvanizing moment. We were a men’s cons ciousness-raising movement and spent half the time talking about our anxieties about HIV/AIDS, and a fair amount of us had a political history.

You once said that the “rainbow flag was ugly, but it also had some hippie baggage and we felt like it didn’t have gravitas.” Does the rainbow flag lack the historical weight of the pink triangle?

It was just a personal preference as graphic designers. We didn’t like the way it looked and was so brightly colored. The reason why the Silence=Death poster has a black background and a fuchsia triangle, instead of the original pale pink, is that we wanted to put the posters amid other posters that were in what we called an MTV or yuppie aesthetic. Everyone in lower Manhattan wore black, and fuchsia was a New Wave color, part of the punk movement. The conceit was to mimic the language of authority in fashion, music and design. 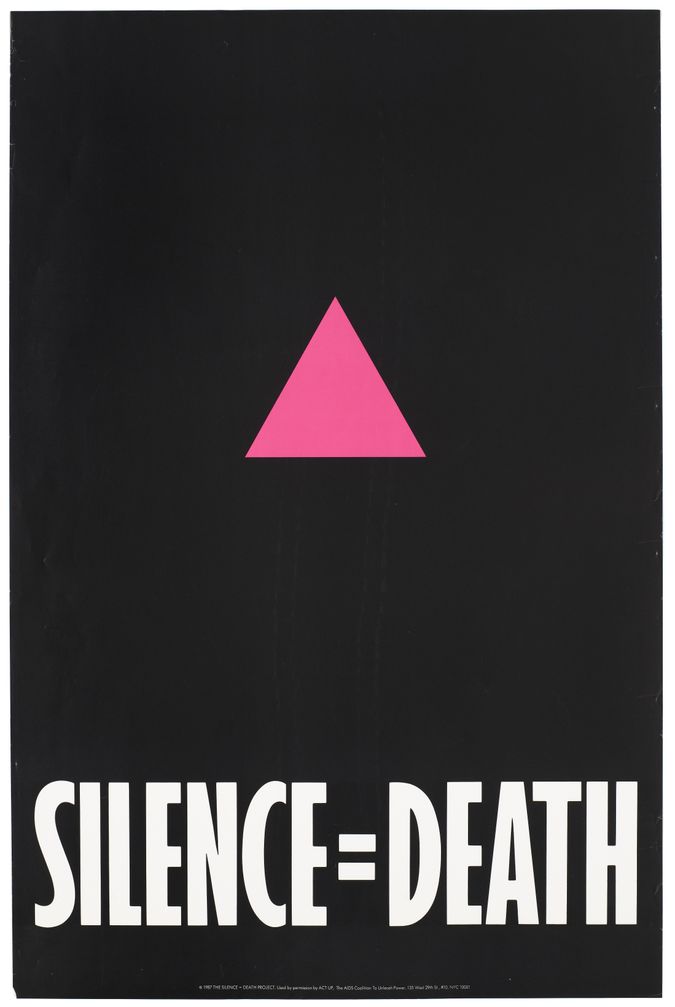 Was the AIDS Memorial Quilt too cozy and comforting?

No. In fact I made a quilt square in memory of someone whom I lost. So I think it’s possible to have a multifaceted set of responses, some of which are hard-nosed and political and others of which are deeply personal. I don’t think there’s a conflict at all.

You’ve said that when you mention your name, some people still react with incredulity. Do they find the name too Jewish-sounding to be believed, or do they think it’s funny?

Your mother, Frances Schmilowitz, was a scientist who claimed that cures for cancer will never be published because the disease is too profitable for the pharmaceutical industry. How responsible was she for your activism?

I was raised in a feminist household. My mother saw the Silence=Death posters in New York, and when she found out that I was involved with it, she said it was the “shot heard round the world.” That was the type of thing she would say. She was the type of person who would quote Marx at the dinner table.

Your “Enjoy AZT” design mimicked the Coca-Cola logo. What were you trying to achieve with that design?

At the time, AZT was the only effective drug available for HIV/AIDS. But because of my mother, and influenced by the feminist health movement, I had deep skepticism about the pharmaceuticals industry and all questions surrounding health care and health in America. This wasn’t universal. Others felt that our lives could be saved by drugs, as indeed they were, but I felt that didn’t mean that the pharmaceuticals industry was above critique. That poster is up in the Whitney Museum right now; it has had a very long life.

“The Four Questions,” a poster you designed in 1993, asked such questions as “Do you resent people with AIDS?” and “Do you trust HIV-negatives?” The concept was adapted from the Four Questions from the Haggadah. Why the connection between AIDS and Passover?

Well, it has to do with my personal historiography. Three of the people who were involved with this poster were either Jewish or celebrated Passover with Jewish friends. In the AIDS activist movement by that time, there had been a tremendous number of deaths, and we chose that visual strategy because it forces the audience to walk up to it and engage with it. It forces an intimacy that we were trying to talk about, at a time when things did not look good.

At one point, you criticized Tony Kushner’s “Angels in America.” Were angels too closely associated with evangelical Christianity to symbolize the struggle against AIDS? Don’t angels play an important role as messengers in Judaism, too?

Yes, but I was raised as an atheist and I’m an atheist. The point I was trying to make is that personal responses to HIV/AIDS, which are appropriate in themselves, were replacing communal responses. With the eroticization of angels in general, visuals accompanying invitations to dance parties where people were dressed as angels, there was a figurative and literal eroticization of the trauma of HIV/AIDS. I consider “Angels in America” to be one of my favorite plays and an extremely radical play. It shows a person with AIDS as the Messiah. My essay was about the way the rise of the political right had influenced every other type of cultural image, and I was calling into question the replacement of AIDS activism with images that signal an acceptance of death rather than fighting it.