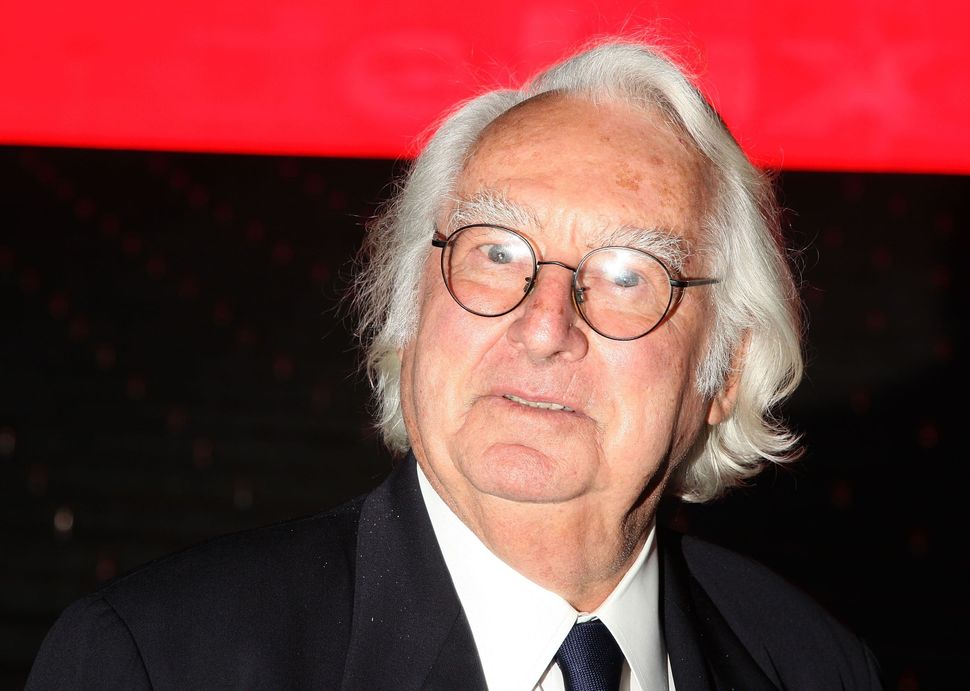 After being informed of the allegations, Meier announced that he was taking a six-month leave from his firm.

Laura Trimble Eldogan told the Times that in 2009, after she was hired to be Meier’s assistant, he invited her to his apartment “to celebrate.” As Robin Pogrebin writes in The Times, Meier “showed [Eldogan] photographs of naked women he had taken and then asked her to undress.”

Two other former employees of Meier’s firm have attested that Meier exposed himself to them in his New York apartment. One of these women, Stella Lee, described the incident in an interview with The Times, while another, Alexis Zamlich, was barred from speaking about her alleged experience due to a confidentiality agreement. Former co-workers cited in The Times’s article claimed that Zamlich received a $150,000 settlement from Meier’s firm; Pogrebin writes that the legal settlement also “required the firm to hold sexual harassment training.”

A fourth woman, Judi Shade Monk, told Pogrebin that in 2003, Meier put his hand on her backside, over her dress, and “started to roll [her] underwear around in his fingers” at the firm holiday party.

The fifth alleged victim, Carol Vena-Mondt (who did not work for Meier’s firm, but met him through his work on the Getty Center) says that in the 1980s, Meier invited her to a dinner party that turned out to be a guise — Vena-Mondt was “the only guest.” Vena-Mondt described a harrowing encounter with Meier in which he forcefully attempted to kiss her, then dragged her towards his bedroom.

“He pushes me on the bed and lays down on top of me while I’m twisting and pushing him away and saying, ‘No, no, no,’” Vena-Mondt told the Times. “I’d never had anything like this happen. I was pretty aggressive about telling him no, but he wasn’t listening.”

She told Pogrebin that she eventually escaped to her car and locked her doors. “I got the car started, got to the bottom of the long driveway, stopped and just sat there in my car crying and shaking,” Vena-Mondt said.

According to Pogrebin, after The New York Times confronted Meier with the allegations, he announced he would take a six-month leave from his firm and issued a statement: “I am deeply troubled and embarrassed by the accounts of several women who were offended by my words and actions. While our recollections may differ, I sincerely apologize to anyone who was offended by my behavior.”

Following The Times’s reporting on the allegations, Sotheby’s closed an exhibit of Meier’s collages and silk-screens that had opened on February 28. The exhibit was supposed to run until March 28. The auction house said in a statement, “Under the circumstances, and in consultation with the Meier family, the decision has been made to close our exhibition early.”

In addition, Cornell University refused a financial gift from Meier. Kent Kleinman, dean of Cornell’s College of Architecture, Art and Planning, told the Cornell Daily Sun, “I am deeply disturbed to learn of the allegations of sexual misconduct by Richard Meier, which were reported in an article in today’s New York Times … We will swiftly explore what additional actions are appropriate.”