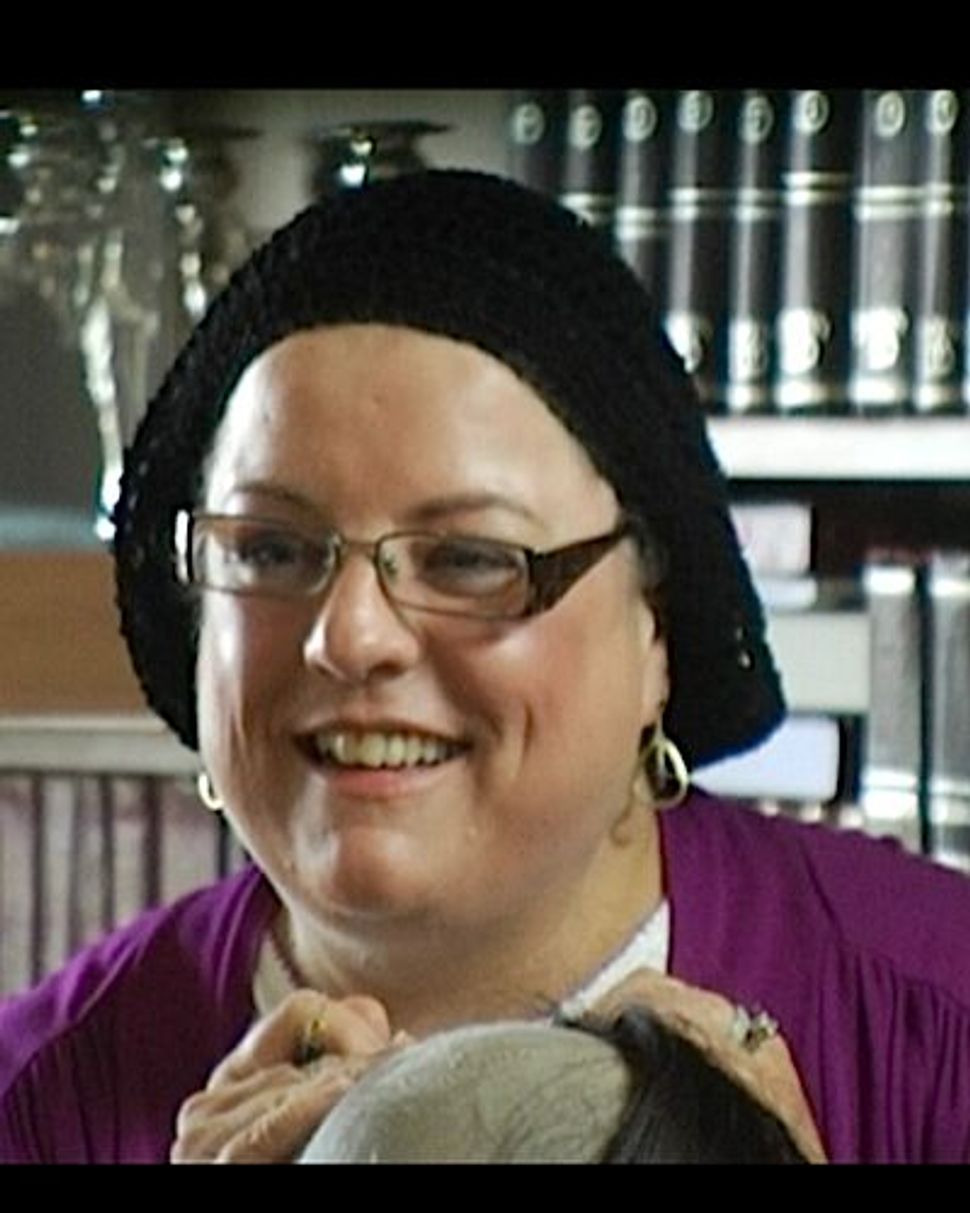 Tikva of ?The Dreamers.? Image by Yifat Prestelnik Films

Secular Israeli documentary filmmaker Efrat Shalom Danon made “The Dreamers” as a way to better understand her sister and a close friend — both of whom are artists who became Haredi. She wanted to better grasp the conflicts these women live with in trying to express themselves creatively while operating within the strict confines of ultra-Orthodoxy. So she made a film about Haredi women making films for Haredi women.

In an interview conducted in Hebrew (and her first with the foreign press), the first-time director explained that filmmaking by Haredi women has grown in the past several years, with one specialized film school for them in B’nei Brak, another in Jerusalem, and also film electives being added to the curriculum of Haredi women’s seminaries. “There are about six films being made by Haredi women every year now,” Shalom Danon said. “Some are even considered relative blockbusters.”

These films, however, need to be put in perspective. First, they do not play in movie theaters, which are off limits to the Haredi sector. Instead, they are shown only to female audiences during holidays, when the films’ producers are able to rent event halls for screenings. Second, the films must be solely for educational purposes, and they are produced with the permission and under the strict supervision of rabbis. “You have a conflict. On one hand, you are an artist. On the other, you are a Haredi woman. You don’t have creative freedom,” a mentor tells Ruchama, one of “The Dreamers’” two main characters.

Considering the limited access Shalom Danon had to the lives of her characters, she manages to sensitively portray the emotional and existential struggles of Ruchama, a 27-year-old Hasidic mother of five and producer/screenwriter, and of the actress Tikva, a 43-year-old Litvak wigmaker, mother of five and grandmother of three. Because of this limited access — the faces of many of the women appearing in the film are blurred to protect their privacy, and there is very little footage showing Ruchama and Tikva interacting with their families — “The Dreamers” leaves viewers more with an impression than with a full understanding of a narrative through-line. Even after viewing the film twice, it was unclear to this reporter (until speaking with the director) that Ruchama and Tikvah were working on two different films, rather than on the same one.

Even with the backing of producer Yifat Prestelnik, it took Shalom Danon four years to complete the film. The women who were originally going to be the main characters got cold feet and backed out of the project during pre-production. “These women feel they have a lot to lose, especially the older ones,” Shalom Danon noted. You can see that Tikva, despite her questioning the propriety of her being an actress, is much more comfortable in front of the camera than is Ruchama. “It is important to her that she be normative,” the filmmaker said of the latter. “But at the same time she goes through a personal crisis if she does not write.”

Shalom Danon is accurate when she says that “The Dreamers” is both pessimistic and optimistic. It is painful to watch these women unable and unwilling to ask certain questions, explore themes through to their ends, or develop their full creative potential. But it is also uplifting to see that these women are pushing boundaries and “finding the strength to express themselves,” as the filmmaker put it.