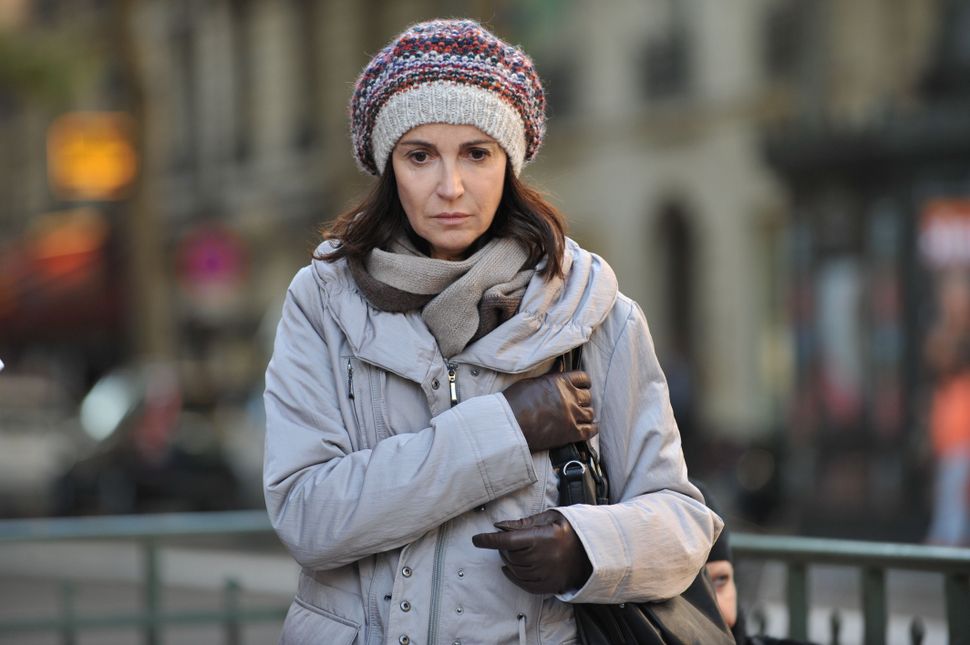 That’s the sad take-away from the tense new drama, “24 Days.” The movie, which is about the kidnapping, torture and savage murder of a young French Jew, will likely fill you with a mixture of rage and despair, especially because the events it depicts are true.

On Jan 26, 2006, Ilan Halimi was lured to a deserted section of Paris, overpowered and kidnapped by a gang of hooligans who mistakenly assumed that, because he was Jewish, he was wealthy. Over the next three weeks they beat and tortured him while they negotiated with his family for a ransom that varied from as many as 450,000 Euros to as little as 5,000.

The police came close to capturing the ringleader, Youssouf Fofana, at least twice, but he eluded them. The Parisian-born son of immigrants from the Ivory Coast, he went by the name Django and frightened everyone, including his cohorts.

The film is based on a book of the same name by Halimi’s mother, Ruth. She was divorced and lived with her son and one of her two daughters.

As requested by police, the family kept the kidnapping quiet. They also followed the instructions of a police psychologist, who advised them how to respond to the kidnappers’ demands. But this only frustrated Django and his crew, who had anticipated an easier time.

Ruth wanted to somehow raise the funds and pay the ransom. She also wanted to go public, hoping someone might have seen or heard something that might help locate her son. She also wanted the world to know that this was an anti-Semitic incident. But her husband convinced her to follow police directions. Even after their capture, the authorities resisted (presumably for political reasons) calling the gang anti-Semitic, though only Jews had been targeted.

Actress Zabou Breitman is brilliant as Ruth; she makes her anguish palpable. Tony Harrison is fittingly frightening as Fofana. But it is unfair to single out one or two actors, because the entire film is perfectly cast.

Special kudos to director and co-screenwriter Alexandre Arcady, who allows the power of the drama to play out without imposing himself on the story or using any tricks.

I would have liked to know more about the gang, whose members called themselves the barbarians. Were they all radical or misdirected youths who came under Fofana’s spell? Were they all Muslims? They were far more active than the film reveals.

What is so frightening is how many people were in some way complicit in these events. The superintendent of the housing project where Ilan was first hidden, “rented” out an empty apartment to the gang, and when that apartment was legitimately rented found them space in a basement. A friend of one of the participants was told what happened and did not report it. Neither did any of the residents of the project, at least some of whom saw Ilan’s body being moved.

The film ends on a positive note, with Ruth describing some of the supportive mail she received from people of all faiths. And yes, there was a march in Paris to rage against anti-Semitism. But as the more recent Charlie Hebdo killings and the assassinations in the Hyper Casher food market showed, things have perhaps not changed that much.