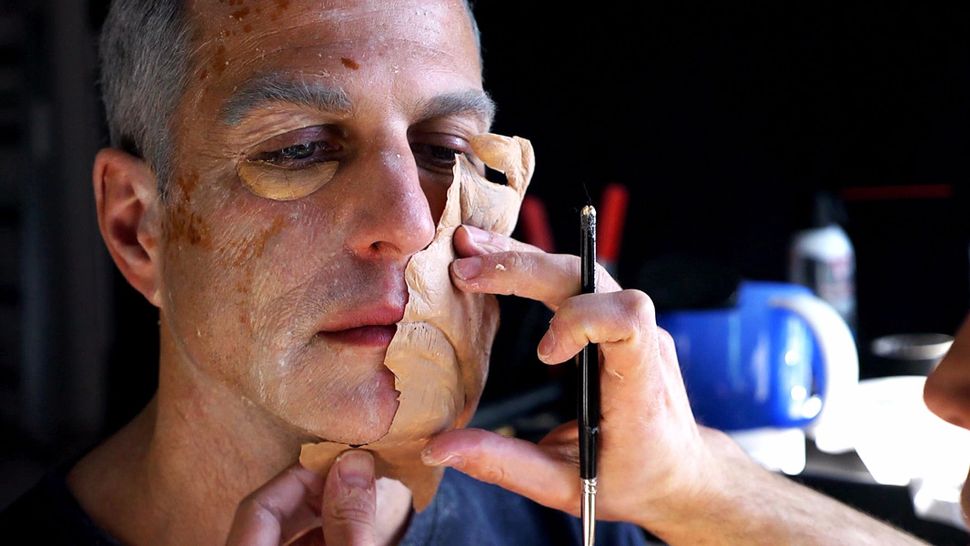 Over the past three years, filmmaker Josh Seftel has filmed a murder, a suicide and a stroke. He has filmed obesity, loneliness, homelessness and alcoholism. And a sad birthday party or two.

The subject of these scenes is always the same: photographer Philip Toledano, who plagued by fears of his own mortality, decided to create and photograph the worst case scenarios.

The project started with a DNA test, allowing Toledano to map out his family history and the most likely causes of his eventual death. Then came trips to fortune tellers and psychics, whose visions for the future were recreated using prosthetics and the subtle skills of makeup artist Adam Morrow.

To satisfy this need to look death in the face, Toledano transformed into dozens of characters. The stunning and macabre photographs speak for themselves, but Seftel — whose past credits include “War Inc.” and “Taking the Kennedys” —  was there to capture the process.

The result is startlingly funny – Toledano is a charming subject. But behind every prosthetic nose or bushy eyebrow, darker thoughts lurk. In one scene, Toledano’s wife Carla, with whom he has a five-year-old daughter, asks (jokingly) why he can’t just see shrink and be done with it? It’s a light moment, but for the audience the question resonates: Will the artist get closure and fulfillment from the project? Or will it lead him down a destructive path?

“The Sad Fates of Mr. Toledano” premiered at the Tribeca Film Festival last week and will be . We caught up with Seftel by phone to ask about Jewish ways of coping with fear, what hit a little too close to home and how you cope with seeing your friend die over and over again.

Tell me about how you got involved in the movie.

I went to college with Phil Toledano. We stayed in touch over the years and right after my father passed away, I ran into Phil in New York City. He told me that his father had also passed away and he told me about the project – how he was going to get a DNA test and visit psychics to create these different visions for the future.

I immediately thought “Wow, this is going to be amazing visually,” but I was also drawn to the idea for other reasons that have to do with my own mortality. 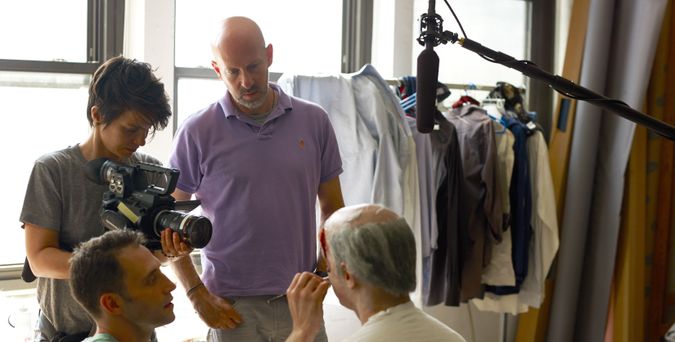 Judaism isn’t explicitly mentioned in the film, but do you see it as being Jewish in any way?

If you want to talk about the cliché of the neurotic Jew, this is the case study. It’s the ultimate Woody Allen scenario where he just immersed himself for three years in his fears.

Part of ritual and religion is about coping with those fears. Phil’s journey was sort of a spiritual journey. There is something kind of Jewish about asking those hard questions and ritualizing them. Maybe it’s a little bit Talmudic.

Phil’s photography project has him posing as various versions of his future self. What scenario freaked you out the most?

The bloody ones. The suicide, the violent deaths – those were very disturbing. It’s hard to see your friend go through that. I’ve definitely had nightmares. But there was also laughing. He’d be sitting there and his prosthetic ear would be hanging off…There was something kind of irreverent at shaking your fist at it all. WE’re all going die, but we’re going to laugh at it.

Was there any one character that you identified with?

The ones that were most realistic were the most scary to me: the stroke victim, the old man in the wheelchair. I think that’s what’s interesting about this project. People can connect to these possibilities.

Everyone falls between those two characters on the continuum. We’re all on the same train.

What surprised you while making the film?

I was surprised by how much fun it was. And how much people laugh when they see the film. It’s a comedic documentary about death and aging. Maybe it’s a new genre.

What do you hope the audience takes away from it?

I hope that they laugh a bit. When people hear what the film’s about, they get scared. I hope they feel a tiny bit lighter. I hope it makes them feel connected to everyone else. Because we all share this. We all share this fear.