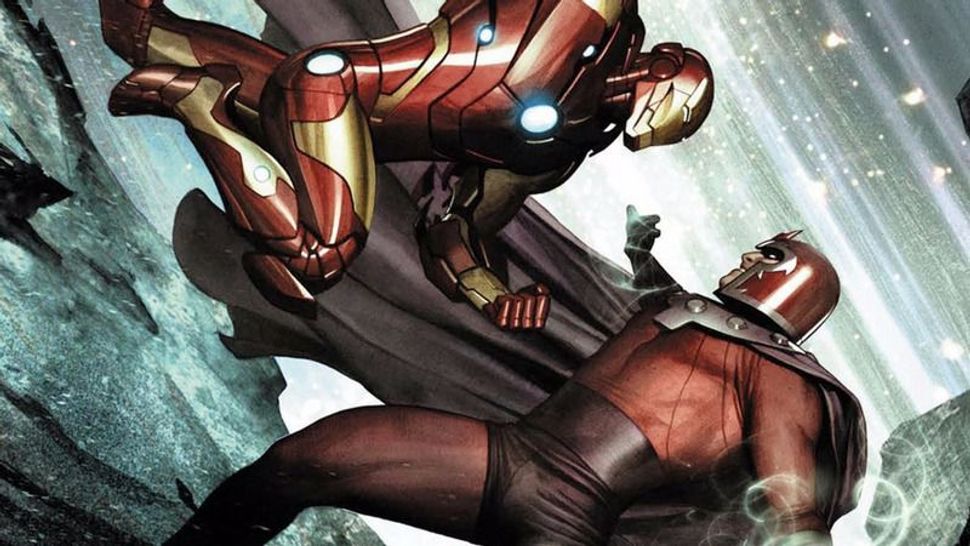 It seems like I can’t go a day without reading about how anti-Semitism is on the rise—not just in Europe but also in the U.S.

Sadly this is an attitude reflected in our own geek culture — specifically in the anti-Semitism found in X-Men and Marvel movie universe.

Let’s start with the X-Men movies. Magneto, Kitty Pryde, Quicksilver, and Scarlet Witch are all Jewish characters. But if you had only watched the movies as opposed to actually reading the comics, you wouldn’t even know that.

In the comics, Kitty’s Jewish heritage is extremely important to her. In the movies, her Jewish identity isn’t even mentioned. In “X-Men: Days of Future Past,” which introduces us to Pietro and Wanda — aka Quicksilver and Scarlet Witch — the omission is even more blatant. The film portrays Wanda as a baby (despite the fact that the two are twins in the comics) and her name is never even mentioned. Quicksilver’s Jewish identity is at least alluded to.

After rescuing Magneto, Quicksilver implies that Magneto might be his father, but if you don’t already know that, then this moment goes by so quickly that it hardly matters as a relevant part of Quicksilver’s character. Quicksilver’s name was also Westernized from Pietro to Peter in an attempt to erase not only Pietro’s Jewish identity but his Romani identity as well.

The only character in the X-Men franchise whose Jewish identity is ever specifically mentioned and explored is Magneto. In the first X-Men movie we see Magneto being taken away to a concentration camp, and in X-Men: First Class we see Magneto hunting down and killing Nazis. Magneto also uses his own experiences with prejudice as a Jewish man to justify his violent motives. But while Magneto is a well-written and complex character, he is still a villain who murders people and uses his background to justify it. Having another Jewish character to challenge Magneto would have been excellent storytelling. Instead what we get is the erasing of all other characters’ Jewish identities and the only character who is identified as Jewish is our murderous villain.

The Marvel Cinematic Universe didn’t really have any Jewish characters until recently, when Quicksilver and Scarlet Witch were also introduced into “The Avengers” franchise. However, because Marvel doesn’t own the movie rights to the X-Men, it is doubtful that any relation to Magneto will be mentioned.

But still, it would be fairly easy to still identify them as Jewish/Romani people. Right? Sadly, that is not the case, Aaron Tyler Johnson, who plays Quicksilver, in a recent interview that Quicksilver and Scarlet Witch volunteered to be experimented on by HYDRA, a branch of the Nazis military that worked in science and technology. Um, say what? This doesn’t just erase Pietro and Wanda’s Jewish/Romani identity, but also glosses over the oppression the two characters faced because of those identities.

Which leads me to my next issue: why is HYDRA’s identity as a Neo-Nazi organization completely sanitized in the movies?

Come context: HYDRA originates during World War II as part of the Nazis military. However, Red Skull, the leader of the organization, wants to run things and turns HYDRA into his own terrorist group. But he is never not a Nazi, and HYDRA never abandons Nazi beliefs. From the movies, you would glean that HYDRA just wants totalitarian power. The Nazi part is glossed over. It’s as if the producers are worried about the potential fallout of comparing HYDRA to the Third Reich, which is just so strange, especially since Nazis are the perfect villain. Everyone hates them.

Basically, the whole thing seems really questionable: erasing Jewish characters, portraying the only Jewish-identified character as a violent murderer, and sanitizing a Nazi organization, all point to a problem of anti-Semitism in the Marvel movies. With anti-Semitism on the rise, it is incredibly dangerous to erase and portray Jewish identity this way. What’s more, the whole thing is disrespectful to Marvel’s very creators. Stanley Martin Lieber, also known as Stan Lee, is a a Romanian-born Jewish man, as are many other comic book artists and writers. It’s disrespectful to our whole comic book history! Let’s not accept anti-Semitism in our world or media.