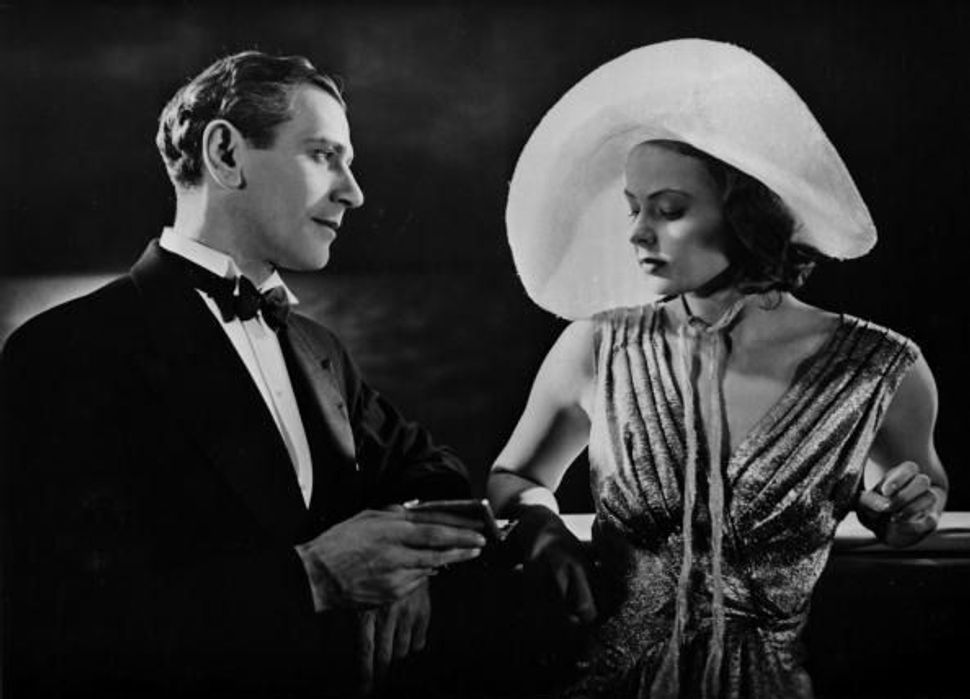 Ingrid Bergman, whose centenary is being celebrated on August 29, is cherished by film fans, especially for playing two foes of the Nazis: Ilsa Lund in “Casablanca” and Alicia Huberman in Alfred Hitchcock’s “Notorious.” Her late-career incarnation as Golda Meir in the 1982 TV film “A Woman Called Golda” surprised some viewers. Yet her own real-life rapport with Judaism and Nazis was as complex and intriguing as any onscreen role.

Born in Stockholm to a German mother and Swedish father, Bergman was made aware early on of a family legend about possible Jewish ancestry, according to her biographer Charlotte Chandler. In 1926, at age 11, Bergman was supposedly told by a maternal aunt that her mother might have “some Jewish blood” which was best left unmentioned in public, since “there might be some difficult times coming.” Although Bergman apparently believed this story, and her daughter, the actress and model Isabella Rossellini, has repeated it on occasion during interviews, its veracity is unproven. Aleksandra Ziolkowska-Boehm’s “Ingrid Bergman and Her American Relatives” states that in fact, Bergman had no Jewish ancestry. A careful genealogical investigation was made of a maternal cousin in the 1950s before he could be granted a work visa for Saudi Arabia, which formally banned Jews from entering the country.

Still, Bergman clung to her lifelong sense of somehow belonging to the Jewish people. In her later years, this belief permeated into Swedish society. The Swedish Jewish author and journalist Stephan Yigal Mendel-Enk’s 2010 novel, “Three Monkeys” describes a Stockholm Jewish family circa 1987 whose grandfather declares: “Ingrid Bergman was a Jew. Greta Garbo an anti-Semite.”

Yet if such purported roots later became a subject of popular gossip, at the start of her film career Bergman was necessarily discreet about them. A budding star in her homeland in the late 1930s, she signed a three-picture contract with the Nazi German film company Universum Film AG. In order to do so, a certificate proving her wholly Aryan ancestry was filed with her employer. Her then-husband, Swedish neurosurgeon Petter Lindström, reportedly argued against this career move, but his advice was disregarded. In subsequent interviews, Lindström would claim that Bergman later exaggerated her own degree of naïveté about what was going on in Berlin in 1938.

One of the contracted films was actually made: “Die vier Gesellen” (“The Four Companions”). In a romantic role, Bergman is aptly seductive and speaks fluent German. She was billed as Ingrid Bergmann, with her family named spelled in German style. “Nordic Exposures: Scandinavian Identities in Classical Hollywood Cinema” (2010) by Arne Lunde explains that Bergman only reluctantly abandoned UFA, as it had far more impact and resources than the relatively limited Swedish film industry offered her. One plum role planned for her second film in Nazi Germany was that of Charlotte Corday, known as the French Revolution’s “angel of assassination,” who stabbed to death the politician Jean-Paul Marat in his bath. The actress’s autobiography, “Ingrid Bergman: My Story,” claims that Carl Froelich, director of “Die vier Gesellen” was a “very worried man. I saw very quickly that if you were anybody at all in films, you had to be a member of the Nazi party. As soon as I got into the studio in Berlin I felt the atmosphere.”

In fact, there was little reason for Froelich to be “very worried” about Hitler. Froelich had joined the Nazi Party in 1933 and directed the Union of Film Manufacture and Film Evaluation, serving as president of the Film Chamber of the Reich (Reichsfilmkammer) from 1939 to 1945. Froelich was so admired by the Reich minister of propaganda, Joseph Goebbels, that he became one of the few filmmakers to receive the official title of filmprofessor.

Lunde notes drily that “even in the historical wake of World War II and the Holocaust, Bergman retrospectively makes no apologies for being politically naïve in making a career move to Nazi Berlin in 1938 in the first place.” On the other hand, her biographer Chandler claims that initially, Bergman saw the Nazis only as a “temporary aberration, ‘too foolish to be taken seriously.’… Ingrid felt guilty all the rest of her life because when she was in Germany at the end of the war, she had been afraid to go with the others to witness the atrocities of the Nazi extermination camps.” Whichever account is closer to the truth, Bergman certainly disregarded Aryan propaganda circulated by the Film Chamber of the Reich to promote her and other Scandinavian actresses then at work in Nazi Germany. One such booklet, cited in Antje Ascheid’s “Hitler’s Heroines: Stardom & Womanhood In Nazi Cinema” (2010) lauded Swedish people as “closely related to [Germans] by nature, [they are] beautiful, proud, and of a robust vitality! And maybe this is the reason that their Nordic film stars have always been so popular with German audiences.”

By the autumn of 1938, Bergman finally removed her robust vitality from Germany and launched the American film career that made her into an international superstar. She took some time before deciding to forsake her contract with UFA, according to biographer John Russell Taylor. Her pregnancy with the baby who would grow up to be TV journalist Pia Lindström may have also played a part in Bergman’s decision. Bergman returned to Stockholm to give birth in September. Just two months later, Kristallnacht, the deadly pogrom against Jews in Nazi Germany and Austria, occurred on November 9-10. Six months later, in May 1939, Bergman arrived in America on the RMS Queen Mary ocean liner to seek fame and fortune in Hollywood.

Bergman’s spectacular career is still vividly remembered today; according to recent reports, a Hollywood film version of the love affair between Bergman and Hungarian Jewish photographer Robert Capa will be directed by James Mangold. At this year’s Cannes Film Festival, a new Swedish documentary “Ingrid Bergman In Her Own Words” was screened. Her long and distinguished career was crowned by unexpected casting in “A Woman Called Golda,” a role she accepted — according to Chandler — out of guilt for having “so misjudged the situation in [prewar] Germany.” Although ailing with terminal cancer, she completed filming and earned an Emmy award, posthumously presented. Whatever her inner motivations, Bergman’s performances, like those of any great actor, transcend any ill-advised life choices she may have made.