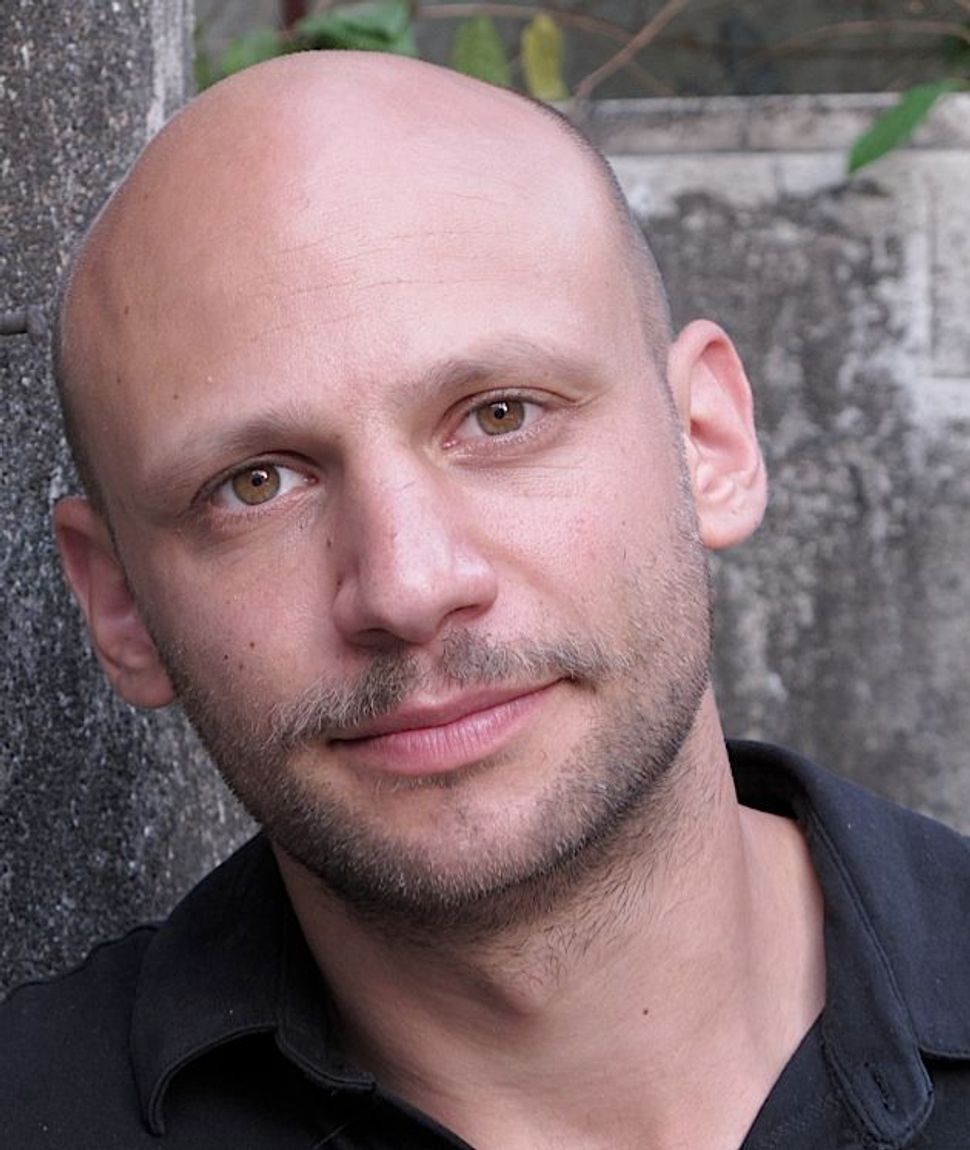 Though celebrating a Eurovision Song Contest win with their compatriots, Swedish Jews (a minority of around 18,000 people in a country of 9 million) are confronting a grim recent upswing in anti-Semitic violence. At this time of hostility, riding to the rescue is the Swedish Jewish author and journalist Stephan Yigal Mendel-Enk.

Born in 1974 in Gothenburg, Mendel-Enk published a 2010 novel, “Three Monkeys,” which appeared in German translation last fall from Ullstein Verlag and from Grasset in Paris in May. Vigorously tragicomedic, “Three Monkeys” humanizes the Swedish Jewish experience through the eyes of Jacob, a bar mitzvah boy in 1987, coinciding with The Intifada, a tension-fraught time for European Jews.

Domestic discord is interwoven into “Three Monkeys” when Jacob’s mother leaves his father for another man, with tragic results. Yet the overtone tone of the narrative is high-spirited and athletic, as might be expected from an author who is also a longtime contributor to the Swedish soccer bimonthly Offside.

The jocular tone extends to the novel’s title which refers to the simian appearance of Jacob’s family members, including a grandfather who unhesitatingly classifies everyone he sees on TV into one of two groups, Jews and anti-Semites. Grandfather pronounces, without any further justification, that “Ingrid Bergman was a Jew. Greta Garbo an anti-Semite.” The legendary Swedish soccer star Glenn Hysén is termed Jewish when he played for the Gothenburg team but an anti-Semite when he played for the national team.

Grandfather bans Christmas trees from any year-end family festivities, charging that what begins with a tree might lead to “total assimilation.” Jacob is embarrassed to hear his grandparents, of East European origin, speaking Yiddish, especially the word “fartsen” (fart): “I did not understand the point of having a word that sounded just as disgusting as the phenomenon which it describes.”

So fragile is the emotional balance of these Nordic Jews that during the 1978 Eurovision song contest, when Sweden was the only judging country to give a zero score to the (eventually triumphant) Israeli entrants, anti-Semitism is suspected. The 1978 Israeli contestants, Izhar Cohen & the Alphabeta, performed the disco-influenced “A-Ba-Ni-Bi.”

Perhaps the Swedish judges saw Izhar Cohen, an actor from Haifa, and his group, as a threat to Sweden’s ABBA. Or they might have been baffled by the song written by Ehud Manor and Nurit Hirsh, based on Bet language, an Israeli children’s game in which each syllable of a word is echoed with the Hebrew letter Bet replacing the consonant. Whether in Bet language, Swedish, or English, Mendel-Enk is a talent to watch.