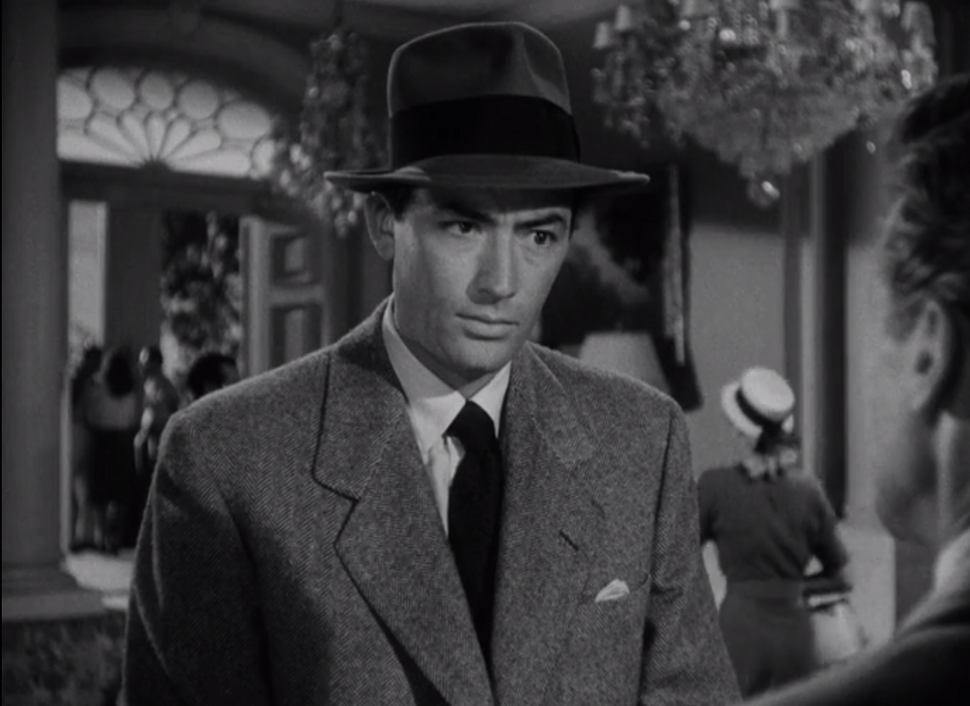 “There’s no way to tear open the secret heart of another human being,” Phillip Green (Gregory Peck) laments in the 1947 movie “Gentleman’s Agreement.” Phil can’t figure out how to do a story on anti-Semitism absent “the drool of statistics and protest.” But he finds a fresh angle on an old issue by living as a Jew for six months. His decision frames the film’s central moral: empathy with the Other can be achieved through impersonation. And that’s a striking assertion in our age, when identity politics reigns supreme.

At the movie’s outset, Phil doesn’t seem the ideal person to cover postwar anti-Semitism, which denied Jews admission to certain apartment buildings, universities, social clubs and other exclusive institutions. Having moved to New York, the Stanford-educated widower hopes that his editor at Smith’s Weekly will gift him the politics beat.

But he realizes the problem’s salience as he sits with his son (Dean Stockwell) and mother (Anne Revere) at breakfast. Tommy poses a tough question to his dad: “What’s anti-Semitism?” “It’s where some people don’t like other people just because they’re Jews,” Phil answers. Several more queries follow, and Phil imparts an important lesson: “You can be an American and a Catholic, and an American and a Protestant, and an American and a Jew. Don’t ever get mixed up about that, because some people are mixed up.”

After Phil takes the assignment, it’s a while before he stumbles on the idea of living as a Jew. Recalling previous articles he’s written, he reflects, “I found the answers in my own guts, not in somebody else’s… I was an Okie… I was a coal miner.” And then comes the Eureka moment: “I’ll be Jewish,” he exclaims. “It won’t be the same. Sure it won’t. But it’ll be close.”

His fiancée Kathy Lacey (Dorothy McGuire) isn’t too enthused by the method. She’s put the idea of an anti-Semitism feature to her uncle, Phil’s editor John Minify (Albert Dekker). But she worries that Phil’s impersonation will cause trouble for him and her — and it does. Despite her liberal beliefs, she frequently lapses into the biases of what Phil terms “that most wonderful of creatures — a white Christian American.”

Phil starts to encounter anti-Semitism with no time to spare. When he changes the name on his mailbox from “Green” to “Greenberg,” his postman looks on agape. His mother’s cardiologist tells him to avoid a Jewish doctor, and then shrinks away once Phil reveals that he too is Jewish.

The problem creeps into Smith’s Weekly. Phil discovers that his own secretary had to switch her last name from “Walovsky” to “Wales” to be hired. He eventually feels the sting of prejudice, as he tries to register at a “restricted” hotel and Tommy gets picked on by neighborhood boys for being a “dirty Jew.”

As the story near its publication date, things between Kathy and Phil sour. She owns a cottage in Darien, Connecticut that lies empty, waiting to be filled with a new husband, following her first and failed go-round. Meanwhile, Phil’s friend Dave Goldman (John Garfield) is looking for a place to move his family, now that he’s working in the city.

He can’t lock down an apartment due to anti-Semitism. Kathy balks at the idea of setting him up in the suburbs, afraid of breaking the “gentleman’s agreement” that has closed the neighborhood to Jews. It almost wrecks the couple’s engagement, before she gives in.

“Gentleman’s Agreement” was celebrated upon its release, winning three Oscars at the Academy Awards. It also represented a coup for director Elia Kazan, who went on to produce other “issue” films. Soon he would appear before the House Un-American Activities Committee as a friendly witness. Until then, he captured the pathos of the American left, along with figures like Arthur Miller and Paul Robeson.

But in retrospect, the movie fails to develop engaging plot and nuanced characters. Kathy and Phil’s romance arrives too fast to draw the emotional investment of the viewer, and it figures as a secondary, instead of co-equal narrative line. In a New York where almost two million Jews lived, it seems implausible that Dave couldn’t find any place for his family.

The movie also taxes the cinephile with its stilted dialogue. Maybe it’s in Phil’s nature to orate editorials to friends and family. But it’s tiresome enough to send Abe Foxman to bed. And sometimes the repartée feels too cute by half.

Moss Hart faithfully adapted the screenplay from Laura Hobson’s novel of the same name. Both are culpable here. Hobson wrote a polemic instead of a first-rate piece of literature. Hart reproduced the flaws for the big screen.

There are redeeming notes, though. We catch the sights and sounds of postwar Manhattan — the Atlas statue in front of Rockefeller Center, the ornate interior of Saks Fifth Avenue, lookouts onto the East River — and spend time gawking at Peck’s double-breasted, high-trousered, mahogany-voiced mien.

For writers, there’s some fun. Tommy has a cheeky response when Phil announces that he’s off to see Minify to get his assignment. “Don’t you ever think of what to write yourself?” Tommy wonders. “Well, yeah, I think sometimes for myself,” his father ripostes.

It’s the movie’s politics that bring into sharp focus the contrasts between then and now. In midcentury fashion, Phil and others betray an impulse to obscure cultural difference in the name of tolerance. Explaining to his son what it means to be Jewish, Phil compares Judaism to Christian sects. “And there are others who go still to different ones and they’re called Jews, only they call their kind of churches ‘synagogues’ or ‘temples,’” he says.

When Phil and Kathy meet the esteemed Dr. Lieberman at a party, he argues that Jews continue to exist thanks alone to the animosity of their enemies. That’s reminiscent of Jean-Paul Sartre, who posited similar notions in his essay “Anti-Semite and Jew.” Jews could not be defined in terms of their race (a discredited category) or their religion (which many scoffed at). To the French intellectual, the name ‘Jew’ amounted to little more than an epithet for the unfortunate.

In “Gentleman’s Agreement,” Jewishness seems entirely devoid of specific content, except for the “kikey” stereotypes that Phil dismisses as fictional or irrelevant. The few Jews we meet never set foot inside a synagogue or host a Shabbat dinner.

But if the film ignores important cultural differences, it does this for a cause — so its protagonist can believably inhabit the Other. Phil doesn’t have to attend services, purchase new clothes or try a new hairstyle to be a ‘Jew.’ He claims it sans external signs.

One might question the legitimacy of any performance where a person masquerades as part of another ethnic group, or adopts some of its practices. And we live in a time when such acts are explosive, see the newly entrenched discourse on cultural appropriation. Campus activists organize against meditation classes, picket holiday parties, and attack the cafeteria food as racist affront. The media spends half of a summer picking apart the personal history of a woman who self-identifies as black in spite of genetics. Dissenters from a hard left stance on race and gender are commanded to defer to the “lived experiences” of bien-pensance’s representatives.

But “Gentleman’s Agreement” attests that such a performance was once more likely to be seen as empathetic than exploitative. Phil learns the real dimensions of anti-Semitism through living as a Jew. He feels hate’s slings and arrows with the same force as Dave. And he writes a magazine piece that alerts readers to the ill treatment of their fellow Americans.

It’s this sort of empathy that liberalism demands in a pluralistic society. Adam Smith understood this more than two centuries ago in his second most famous work, “The Theory of Moral Sentiments.” According to the Edinburgh enlightener, the experiences of the Other never disclose themselves in full to us — forever within reach but outside the grasp. But in the effort to understand, we can imagine the emotions and mental states, drives and hopes of our fellows. It’s this capacity that allows men to live together in freedom and mutual benefit.

No matter its flaws, “Gentleman’s Agreement” highlights a disturbing truth. We live in an era distinct from Smith’s — and for that matter Phil Green’s. And this isn’t so great.