A Tolkien Takes On The Holocaust 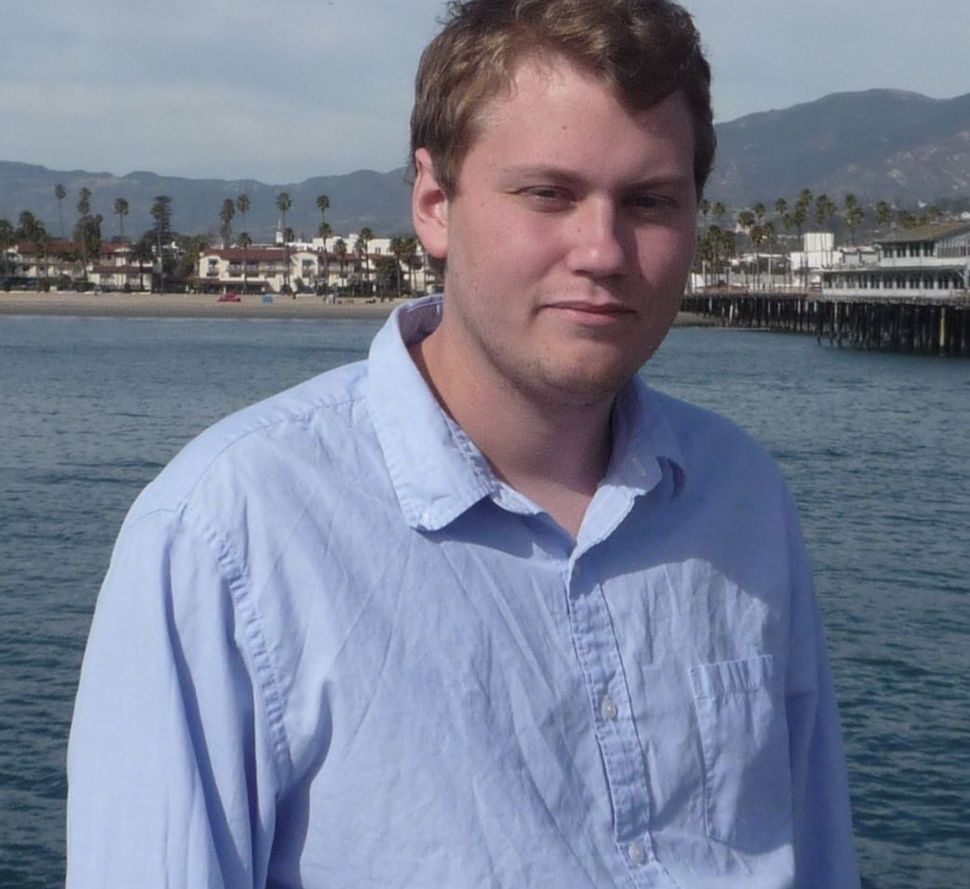 Yet another Tolkien production’s opening this summer. But this one takes place in our world, not Middle Earth. And its creator isn’t Lord of the Rings wizard JRR Tolkien, but his 27-year-old great-grandson Nicholas.

“Terezin,” Nicholas Tolkien’s first play, debuted June 20 in New York; it’s a harrowing descent into the hell of Terezin, which the Nazis had presented to the world as a kind of “model” concentration camp. The play focuses on Alexi, a young Jewish violin prodigy, and a Nazi commandant who compels her to teach him to play.

“I just came out of rehearsals,” Tolkien told the Forward’s Michael Kaminer. “It’s looking really quite good. I got very lucky.”

You interviewed survivors around the world as you developed the play. What was that like for you, and for them?

The survivors I interviewed were anywhere from seven years old to 16 at Terezin. Their memories were complicated, because many of them remembered strange cultural activities they could do — at Terezin, they could watch a play, see a soccer match. But they also remembered getting their heads shaved or wearing prison uniforms.

The book you based the play on [“The Terezin Diary of Gonda Redlich”] wasn’t about children. Did these interviews change your project?

Yes. Originally, I was going to do the project from the perspective of the director of a propaganda film. I felt a strange kinship with him. What would it be like to have to do something like that? But as I spoke to survivors, I learned Terezin is the story of children, of the art and music they created. It completely changed my perspective of the story and the play. And at the same time, seeing stories of children massacred in Syria keyed me into something important. Children always find a way to adapt in war zones. How a society treats children tells you a lot.

This is your first play. Was there pressure because of your last name, and the literary legacy it implies for some people?

There are expectations out there that when someone in the Tolkien family does an artistic project, it has to be fantasy. And I’m not a very good fantasy writer. But within my family, the sense was that if your great-grandfather is JRR Tolkien, you had to go into the arts. Or do something completely different, like become a scientist.

The play’s marketing materials say, “Intolerance, division, injustice are on the rise again.” How much of that is aimed at Washington?

I see parallels between Germany in the 1930s and where the US is today. My play about Terezin is all about propaganda. The Nazis’ major propaganda film was one that used victims of Terezin against their will. Today, propaganda is being used in media, and on social media, to bring forth an agenda. People need to remember propaganda’s a tool of authoritarianism.

Do you sense that people your age have any sense of urgency around the memory of the Holocaust?

Many people my age I speak to about this project haven’t heard of Terezin. And many people my age, including people I went to school with, don’t know about the Holocaust. I went to one of the best schools in England, and it wasn’t on the curriculum. Holocaust denial’s a problem. But Holocaust amnesia’s a bigger problem.

What’s your Jewish background? I was surprised to find out you were Jewish in the first place.

Being Tolkien’s great -grandson, it does surprise a lot of people that I’m Jewish. But I’ve learned to embrace it. My mother’s Jewish. I was raised in London, and spent a lot of time around my maternal grandparents. My grandfather, Mark Steinberg, had a great Jewish sense of humor. Being around that as a child connected me to the religion in an organic, beautiful way. I’ve been to Israel, and was bar-mitzvahed. And though my family was not that traditional, I did a lot of Torah and other studying on my own as I grew up. Once I moved to the US, when I was 18, I found a really nice Jewish community in Santa Barbara, where I live.

A Tolkien Takes On The Holocaust