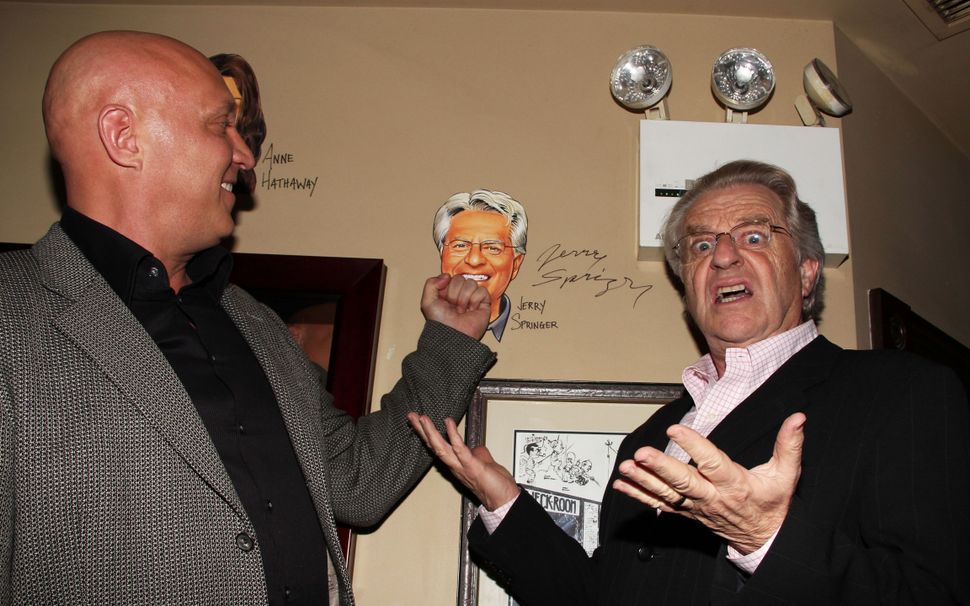 If you’ve ever watched “Jerry Springer” and thought the talk show, infamous for presenting familial confrontations over lurid secrets, expressed some ineffable (if grim) truths about humanity, you’re in luck: “Jerry Springer — The Opera” will arrive in New York in the 2017-2018 season.

The stage production, which premiered in London over a decade ago, will be presented Off-Broadway by the New Group.

The production will be the first full staging of the opera, written by Richard Thomas and Stewart Lee, in New York. As The New York Times’s Joshua Barone reported, Carnegie Hall presented a concert staging of the work in two performances in 2008.

The production will be directed by John Rando, who won the Tony Award for Best Direction of a Musical for his 2002 staging of “Urinetown.” Joshua Bergasse, with whom he collaborated on the 2014 Broadway revival of “On the Town,” will choreograph the show.

The opera’s 2003 production at London’s National Theatre garnered a number of Olivier Awards, the British equivalent of the Tony Awards, including that for Best New Musical.

Asked about the opera in a 2008 A.V. Club interview, Springer took a wry look at things.

“When it opened, they invited me to see it on the West End in London,” he said. “I thought they did a really good job. I mean, I’d prefer it were about someone else. It was awkward for me to watch it. For one, it’s about yourself, so there’s no common experience. There’s no one I can ask, ‘Gee, how did you feel?’ I can’t call Figaro or Carmen and say, ‘Hey, how did you feel about your opera?’”

Watch a clip of the show, below.