Could Jerry Springer’s Next Television Gig Be For C-SPAN? 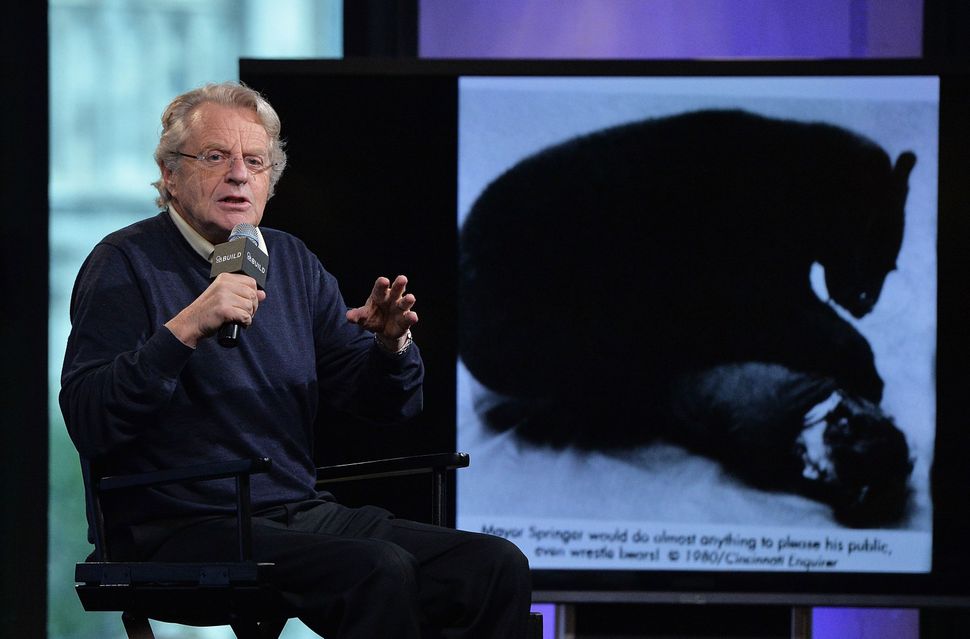 In perhaps the most fitting turn of events since Americans voted a reality television star into our top office, some Ohio Democrats are pushing for Jerry Springer, 73, to run for governor of the state in 2018.

There’s no time like the present for Springer to bid for public office. After all, he’s an expert in the art of conflict resolution and knows how to conduct himself in a room full of violent politicians — the direction our government is quickly taking.

And it wouldn’t be the first time Springer has gunned for an official position. He resigned from Cincinnati City Council in 1974 after it was discovered that he paid for a prostitute with a check. Springer apologized for his indiscretion but it was unclear whether he was apologizing for purchasing the services of a prostitute or for not using cash.

Either way, it would be hard work for an opponent to smear Springer’s character. Unlike traditional politicians, all of the reprehensible and/or amazing traits of reality stars are broadcast for all to see. As far as Springer is concerned, he’s been a celebrity for decades now, subject as the rest of them to the volatile whims of TMZ. There’s likely not much dirt left to dig up.

Could Springer be the Democratic response to the Republican party’s Donald Trump? He seems to think so. In an interview with The Cincinnati Enquirer, Springer referred to himself as a “populist, liberal progressive” who could be “Trump without the racism.”

Springer hasn’t confirmed that he’ll be seeking the position but stay tuned to America: The Reality Show to find out whether the next crowd chanting “JER-RY! JER-RY!” will be a group of Americans exercising their democratic right.

Could Jerry Springer’s Next Television Gig Be For C-SPAN?