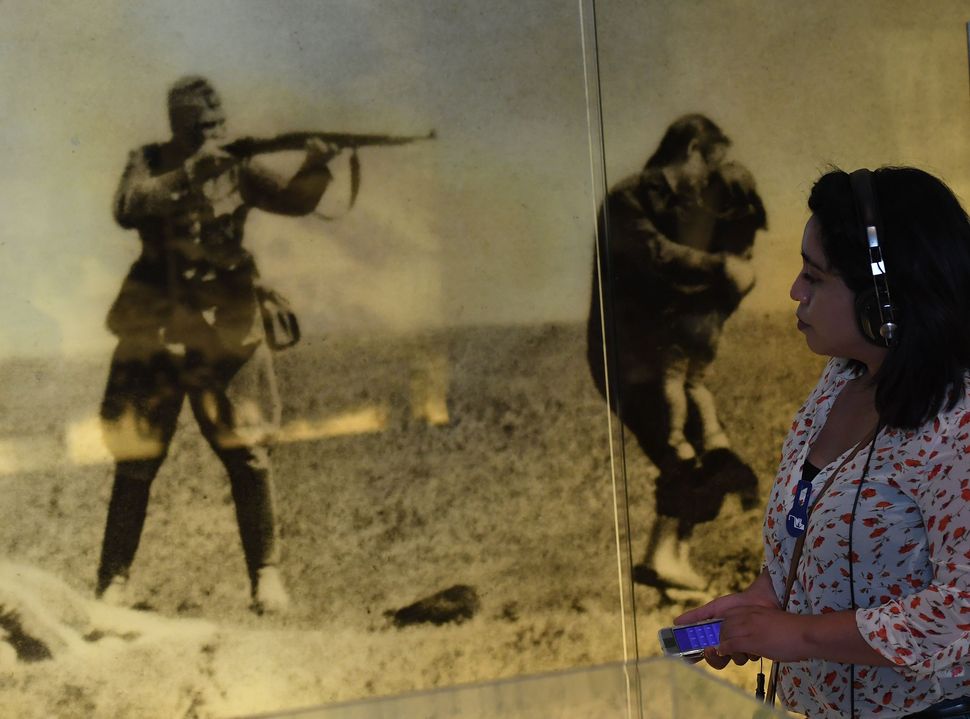 Three iconic Hollywood directors — John Ford, George Stevens, and Samuel Fuller — may have created their most important work for the U.S. Armed Forces and Secret Services during World War II. As a new temporary exhibit at the Los Angeles Museum of the Holocaust (LAMOTH) reveals, the filmmakers documented conditions in newly liberated Nazi concentration camps in the closing days of the war, horrors that indelibly shaped their subsequent work.

Hyperallergic reports that while the exhibit contains a few artifacts, including Samuel Fuller’s camera and helmet, it is mostly comprised of looped footage captured by the directors in the camps, alongside scripts from newsreels that used the footage.

Also included are excerpts from the directors’ films that illustrate the influence of World War II and the Holocaust on their work. Shown, for example, is a clip from Fuller’s classic war epic “The Big Red One” (1980), which culminates in the liberation of Falkenau Concentration Camp in Czechoslovakia. Stevens, meanwhile, was presumably influenced by his experience to direct “The Diary of Anne Frank” (1959), a stark shift from lighthearted fare he had directed before the war.

“Filming the Camps” will be open until April 30 at LAMOTH.