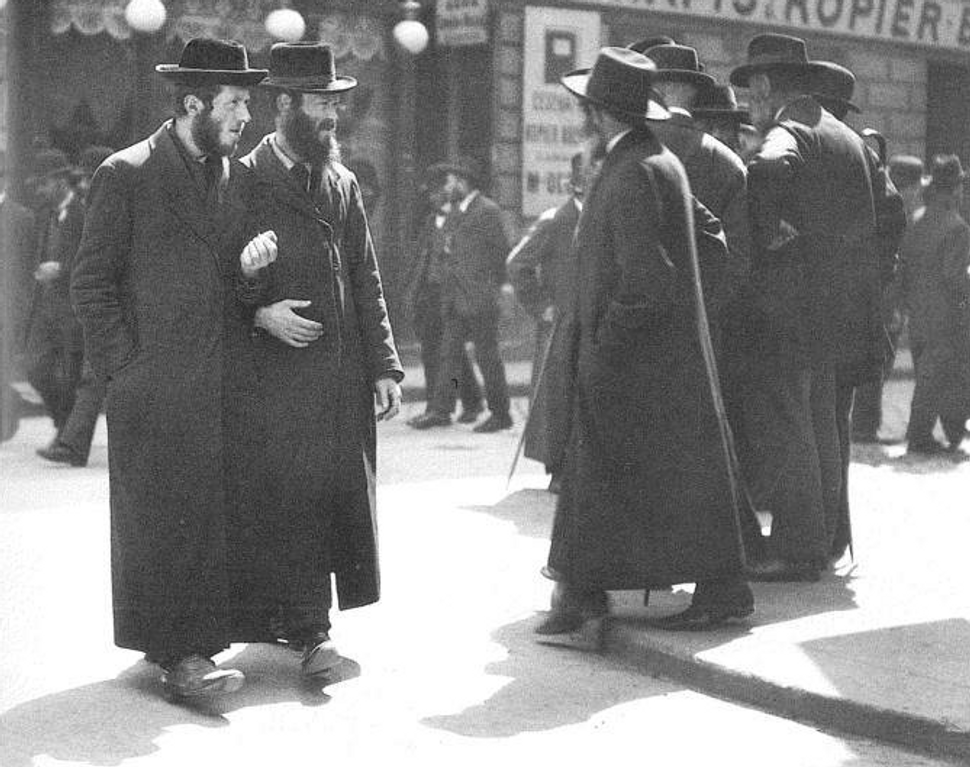 In the end, the Jews come back. They’re warmly dressed, smiling, clean and apparently none the worse for wear. It’s a convivial scene, a meeting between men who misunderstood each other but never meant harm. Two young girls in light-colored dresses present flowers, in recognition and appreciation: We’re so glad you’re here.

The end of “Die Stadt Ohne Juden,” or “The City Without Jews,” was a revelation in 2015, when a copy of the 1924 Austrian silent film was found at a Paris flea market. Another copy of the film, long thought lost, had been discovered in 1991; that copy was severely damaged, and missing several scenes. Among those was the film’s finale. In it, citizens of the unnamed titular city, having exiled its Jews in a wave of anti-Semitism connected to economic grievance, realize their prejudice was unfounded and unproductive and welcome the Jewish community back.

The copies of the film found in 1991 and 2015 each, in a trick of chance, mirror their historical periods. In 1991, the most recent swell of anti-Semitic sentiment in Europe was still that which, five decades earlier, had resulted in the Holocaust; Europe’s Jewish communities and their cultures were obliterated, leaving gaps in the historical record and whole countries in which the Jewish population would never be restored. In 2015, anti-Semitism was beginning to experience a resurgence across Europe, the result of which is still in question. Young girls presenting flowers in gratitude is unlikely; peace, hopefully, is not.

“Die Stadt Ohne Juden,” as Hyperallergic reports, was adapted from a 1922 novel of the same name by Hugo Bettauer. Bettauer, an Austrian Jew, was a writer and journalist. While in “Die Stadt Ohne Juden” he imagined the way in which a town gripped by vicious anti-Semitism might eventually right its ways, he himself fell victim to unmitigated anti-Semitism, and was murdered by a Nazi shortly after the film adaptation of his novel premiered.

Yet despite the growth of anti-Semitism in Austria after World War II, “Die Stadt Ohne Juden” was a box office success. As Hyperallergic reports, the film opened at every one of Vienna’s five prominent movie theaters. The Austrian Film Archive is hoping the film, which it has restored over several months with the support of more than $107,000 in crowdsourced funds, will find broader success in its second life. Speaking to The Washington Post, Nikolaus Wostry, the Archive’s managing director, said that in context of rising nationalist and anti-Semitic sentiment in Europe, “as Austrians, we have a special responsibility.” He noted that Austria had been “one of the centers of anti-Semitism” even before the Third Reich’s invasion, saying “Hitler learned how to exploit anti-Semitism here in Vienna.”

Beginning in March, the restored version of “Die Stadt Ohne Juden” became the centerpiece of a new exhibit at the Austrian Film Archive, titled “Die Stadt Ohne” or “The City Without.” According to the Archive’s website, the exhibit “shows how mechanisms of social exclusion function” toward both Jews and other groups facing prejudice in Europe today.

As The Post’s Rick Noack wrote, this year is the 80th anniversary of Austria’s annexation by the Third Reich. It’s impossible to know what might have happened to Austria’s Jews if that annexation had never happened. Would anti-Semitism have continued to escalate, resulting in disaster? Or would the country have eventually returned to its early 20th-century status as a comparative haven for religious liberty? The ending to that story is locked in history. Yet as before, prescient artists are hoping to evade the same outcome a second time.