‘The Big Lebowski’ Cast Reunite To Talk All Things ‘Dude’ 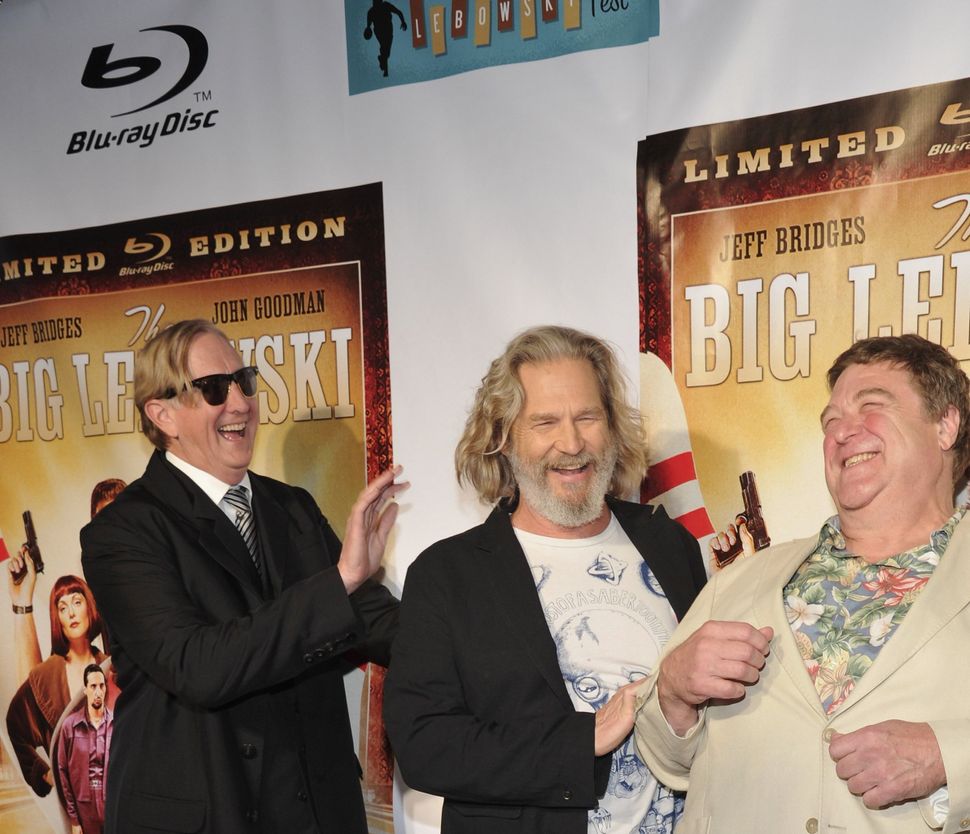 It looks like “The Big Lebowski” can count its three stars among its legion of fans. In a Today Show interview conducted by self-identified Lebowski “cultist” Harry Smith, Jeff Bridges, John Goodman and Steve Buscemi reunited to wax nostalgic over their time shooting the 1998 Coen Brothers’ classic.

20 years later, they’re still delighting in their onset antics. Like many reunions, the 25-minute segment is peppered with inside jokes and name drops, with the mention of costars Ben Gazzara and Sam Elliot being enough to draw long bouts of laughter from the veteran actors. But the moments the trio remember most are ones familiar to viewers, especially hardcore devotees, some 500,000 of whom belong to the film-inspired religion of “Dudeism,” named for Bridge’s Jeff “The Dude” Lebowski.

Buscemi recalls the provocative way John Turturro, as the purple jumpsuit-clad Jesus, polished his bowling ball. Bridges remembers how much the Coens (referred to only as “the Brothers”) liked the scene where Flea, the erstwhile bassist for the Red Hot Chili Peppers, got hit in the testicles. Goodman can still recite parts of the iconic monologue he delivered while sprinkling ashes over a beachside cliff.

But fear not, as the crew also resolve some mysteries about the film’s production. The movie boasts 275 “f-bombs” and Goodman reveals that the cast recorded their own ADR censoring for the TV cut, often getting creative with the words they’d substitute. (I refer you to “this is what happens when you fight a stranger in the Alps”).

As for fan theories, the three seem to have heard them all while out in public or at the annual Lebowski Fests, but in the interview the group lend credence to two such postulations. Bridges thinks there might be something to the idea that Buscemi’s Donny is a figment of Walter’s imagination and Goodman muses that Walter may not have really served in Vietnam.

But for all the speculation Buscemi, Goodman and Bridges are agreed that working on the film was a pleasure. Though they are still wondering how their characters, so different in temperament, came to “roll” together at the bowling alley (except of course on Shabbos).

‘The Big Lebowski’ Cast Reunite To Talk All Things ‘Dude’