Hey Spielberg, Want To Win At The Box Office? Cast A Woman As Your Lead. 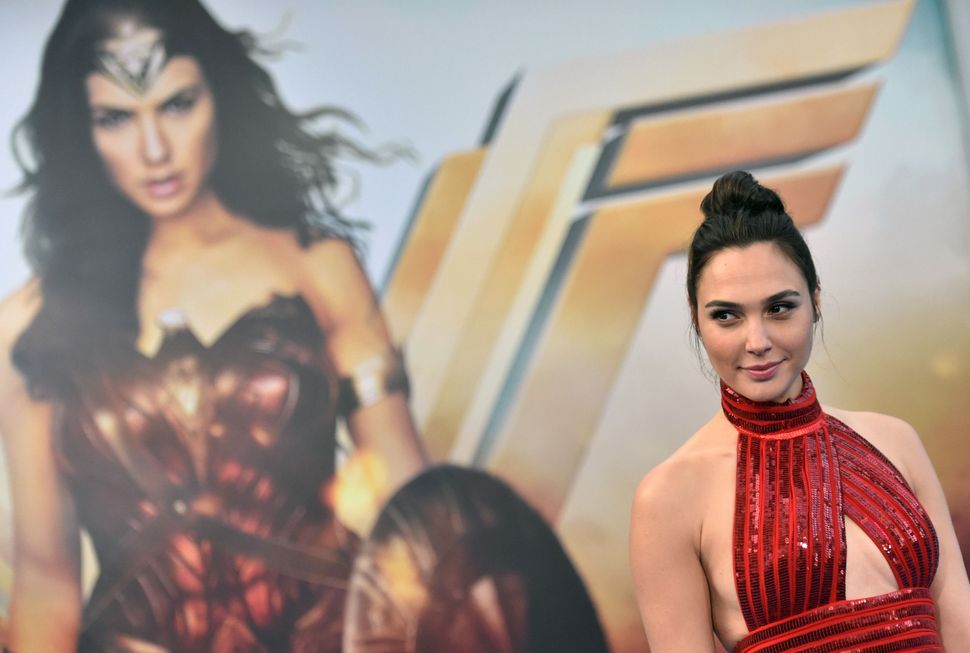 Gal Gadot attends the premiere of ‘Wonder Woman’ at Hollywood’s Pantages Theatre on May 25, 2017. Image by Frazer Harrison/Getty Images

Women may have more earning power than men at the box office.

According to a new report from the Creative Artists Agency and tech company shift7, the top films of 2014 through 2017 that had females in lead roles outperformed male-led ones.

The New York Times reports that the CAA and shift7 came together through the Hollywood women’s inclusion and anti-harassment group TIME’S UP to collaborate on the project. Using Gracenote, a Nielsen-owned data and technology provider, the groups scanned the global box office for the three-year period. They found that women-led flicks like “Moana,” “Inside Out,” “Trolls” and “Wonder Woman” did wonders in their theatrical runs no matter the size of their budget.

The data, pulled from the 350 top-grossing films from 2014 to 2017, was based on who was listed in the “lead actor” field on Gracenote. Of the films, 105 starred women and 245 starred men. The films included in the data set had budgets ranging from more than $100 million to less than $10 million.

The Times reports that in every budget category, women-led films did better than ones starring men. When the data was assessed for median value, which accounts for statistical outliers, the results tracked, with one exception in the $30 million to $50 million category. In that category, the median earnings for male-led movies was $104 million to women-led film’s $102 million.

“The perception that it’s not good business to have female leads is not true,” Christy Haubegger, a CAA agent who was part of the research team told The Times. “They’re a marketing asset.”

The study also measured for the Bechdel Test, graphic novelist Alison Bechdel’s metric that measures whether two female characters have a conversation about something other than a man. Of the films assessed by the CAA, which also used data from Bechdeltest.com in the study, none made $1 billion without passing the test, proving money talks — about more than just guys.

“The Bechdel Test is a low bar to clear, and it’s surprising how many movies don’t clear it,” producer and founder of 3dot Productions Liza Chasin, who was involved in the study, said in a statement. “Understandably, the studios think about the bottom line, so it’s great to see a growing body of data that should make it easier for executives to make more inclusive decisions.”

While a number of the films that clear Bechdel’s test including J.J. Abrams’ “Star Wars: The Force Awakens” and Colin Trevorrow’s “Jurassic World” were made by Jewish filmmakers, some of our best and brightest directors have fallen short of the mark.

A 2016 data breakdown by Polygraph found that eight of Steven Spielberg’s films, including “Schindler’s List” and “Saving Private Ryan,” were among the top 100 films in which 90% or more of the dialogue is spoken by men. One hopes Spielberg may have learned his lesson with his 2017 film “The Post” about publisher Kay Graham’s leadership of The Washington Post at the time of the Pentagon Papers. Graham, who was played by Meryl Streep in the film, pushed for gender equality and operated in a world of mostly men.

Those who contributed to the CAA report were hopeful their findings would lead to change in the industry.

“This is powerful proof that audiences want to see everyone represented on screen,” Amy Pascal, head of Pascal Pictures and former chairman of Sony Pictures, who leads the women in media working group at TIME’S UP, said in a statement. “Decision-makers in Hollywood need to pay attention to this.”

Hey Spielberg, Want To Win At The Box Office? Cast A Woman As Your Lead.