Baby Archie Of Sussex Will Never Be Archie Andrews Of Riverdale 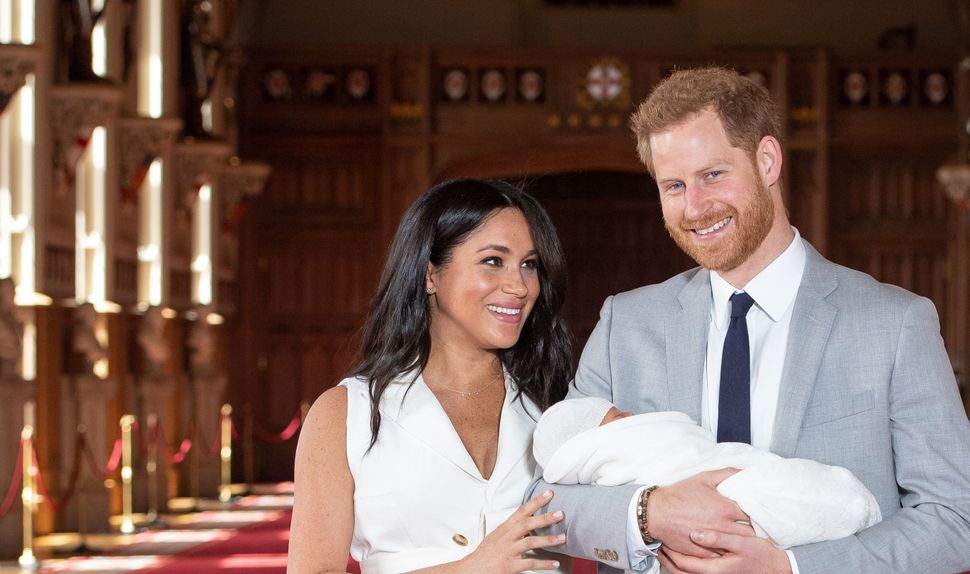 On the afternoon of May 8, the Duke and Duchess of Sussex revealed the name of their baby on Instagram: Archie Harrison Mountbatten-Windsor. It’s a cute name, but I’m unable to accept it.

While there’s a long tradition of British Archibalds, among them the many Scottish Lords of Douglas – the same ones that often challenged Prince Harry’s ancestors in their struggle to control the Highlands – in this century, with “All in the Family” far behind us, I can only acknowledge one individual with that name: Archie Andrews, the perennially-teenaged creation of MLJ Comics founder John L. Goldwater (né Max Leonard Goldwasser) and cartoonist Bob Montana.

This Archie is not living up to his namesake. While it remains unclear if he will inherit his father’s red hair, he doesn’t have cross-hatched sideburns. He’s not from Riverdale. He is not in high school (he’s two days old at press time) and he does not have a friend with a Michael Phelpsian-grade metabolism named Jughead.

Photographs taken of the young Archie, seventh in line to the throne, are notably lacking the presence of a wealthy brunette named Veronica and a blonde girl-next-door-type named Betty Cooper who are vying for his affection.

Archie has not demonstrated musical aptitude or the ability to speak. He does not play football and he doesn’t have a dog named Vegas.

Turning away from the canon of the old Archie’s digests toward the now-popular gritty run of comics by Roberto Aguirre-Sacasa, also the showrunner of CW’s “Riverdale,” does not help the comparison.

This Archie was not sent to a juvenile detention center – where he was made to fight shirtless for the warden’s entertainment – after he confessed to a murder he didn’t commit. He has no known attachment to a shadowy figure known as the Gargoyle King or, for that matter, an affiliation with the gang known as the South Side Serpents. He does not, if pictures are any indication, have washboard abs and he does not own a boxing gym.

What does this Archie, the heir apparent to the dukedom of Sussex, have going for him? He’s a dual citizen and, as far as we can tell, was born with 10 fingers and 10 toes.

While the young Archie may already have a claim to the hearts of many, he will never be my Archie. Not, at least, until he leads a group of his classmates on a crusade against a masked killer named the Black Hood.

Baby Archie Of Sussex Will Never Be Archie Andrews Of Riverdale