These were the first Jewish winners at the Academy Awards

A radical Zionist Chicago newspaperman, a Belfast-born translator and a literary adapter par excellence. These were the first Jews who won Oscars at the inaugural Academy Awards in 1929.

The three men — writers Ben Hecht and Benjamin Glazer and director Lewis Milestone — were connected by more than heritage. Working in the still-new world of film, they all found ways to make their mark on the nascent art — sometimes by working together.

Of the pioneer winners, Ben Hecht is probably the best-known. Born to Belarussian immigrants in 1893, he spent his early childhood in Yiddish-inflected New York City and came of age in Racine, WI. True to that city’s playwrighterly name, he developed an early interest in drama. For his bar mitzvah, Hecht recalled in his autobiography, “A Child of the Century” (1954), his parents bought him four crates packed with the complete works of Dickens, Twain and Shakespeare.

Hecht worked first as a journalist for the Chicago Daily Journal and Daily News. Then, after a stint as a playwright, novelist and garrulous accessory to the famed Algonquin Roundtable, he became a screenwriter in Hollywood on the advice of future “Citizen Kane” writer Herman Mankiewicz, who telegrammed him from L.A. to say, “Millions are to be grabbed out here and your only competition is idiots.” 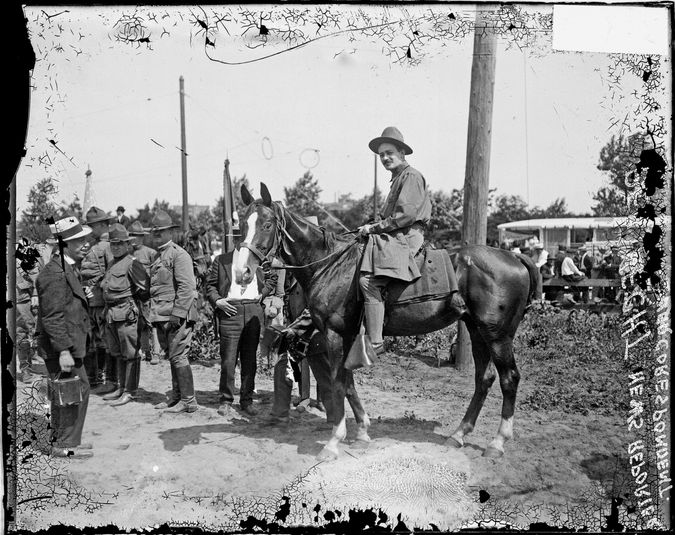 Hecht on Horseback: Ben Hecht back in his newspaper days, circa 1915. Image by Getty Images

Cribbing a story from a Chicago lowlife he met in passing, Hecht wrote his first feature, “Underworld,” for director Josef von Sternberg. It’s often cited as the first gangster picture, and it established tropes that are still in use today: oafish toughs, well-dressed killers and outlandish nicknames like “Feathers” and “Slippy.” (Von Sternberg might be credited for the film’s sympathetic treatment of gangsters, one of whom drops some coins in that hat of a beggar, counter to Hecht’s scenario and much to his chagrin.) The 18-page screenplay earned Hecht the first Academy Award for Best Story.

The freshman screenwriter, who wired von Sternberg to “Take my name off the film,” was shocked at the win, first refusing the award, then vowing to use the statue as a doorstop. His antagonistic relationship with Hollywood continued, even as he became its most prolific scribe. He further reified the gangster genre with the original “Scarface,” launched the patter of screwball comedy with “The Front Page” (based on his and Charles MacArthur’s play of the same name, which he later helped adapt into “His Girl Friday”) and served as script doctor to “Gone with the Wind.” Hecht worked on an estimated 146 films, most without a screen credit. His name would prove a liability in later years.

Beginning in 1939, the year that he “became a Jew and looked on the world with Jewish eyes,” Hecht began writing columns about the plight of Jews in Europe and became active in the interventionist Fight for Freedom Committee. With composer Kurt Weill and playwright and director Moss Hart, Hecht staged a 1943 pageant dedicated to the “2 million Civilian Jewish Dead of Europe” in Madison Square Garden.

At the same time, Hecht became attached to the Bergson Group, a U.S.-based network advocating for the Irgun, a paramilitary outfit that employed terrorist tactics in service of a Jewish state in Mandatory Palestine. Believing in the cause, Hecht wrote the pro-Irgun play “A Flag Is Born” in 1947. The production grossed nearly $1 million on Broadway and on tour, allowing the Bergson Group to buy the Irgun a ship to transport Jewish refugees to Palestine. In a rare credit, the ship was named the S.S. Ben Hecht.

But Hecht — never one to be cagey with his opinions — threatened his livelihood with his next move. In May of 1947, he took out a full-page newspaper ad, which stated, in support of the Irgun’s fight with the British Army, “Every time you blow up a British arsenal, or wreck a British jail, or send a British railroad train sky high, or rob a British bank, or let go with your guns and bombs at the British betrayers and invaders of your homeland, the Jews of America make a little holiday in their hearts.”

The British responded by boycotting Hecht’s films until 1951.

While Hecht held to a low opinion of his primary vocation — he once said “I’m a Hollywood writer, so I put on my sport jacket and take out my brain” — his film career continued even after his death in 1964, with his uncredited work for the James Bond riff “Casino Royale” which opened in 1967.

THE VETERAN WHO HELPED INVENT THE WAR FILM

Born in 1895 in Kishinev, in what is now Moldova, Milestone (né Lieb Milstein) arrived in America shortly before the outbreak of World War I. After serving in the U.S. Signal Corps, he became a citizen and started out in Hollywood as a screenwriter, editor and assistant director. He worked his way up to the director’s chair, and, in 1929, won Best Directing for a Comedy Picture for “Two Arabian Nights.”

Entering the sound era, Milestone generated further Oscars buzz; the time he spent in combat informed his film treatment of Erich Maria Remarque’s “All Quiet on the Western Front.” During that film’s production, Universal’s Carl Laemmle expressed concern that the film was in need of a happy ending to better feed the box office, Milestone replied, “Well, we might have the Germans win the war.”

No such alternate ending was included, but Milestone won his second consecutive directing Oscar for the film in 1930. The following Oscar season saw a nomination for Milestone’s direction of “The Front Page” and, in 1939 he received another nod for his adaptation of Steinbeck’s “Of Mice and Men,” both of which had uncredited contributions by Hecht.

An interventionist like Hecht, Milestone returned to war films in the 1940s, but in the 1950s the House Un-American Activities Committee made his life difficult. Though he was never officially blacklisted or called before the Committee, his suspected communist sympathies were well-known in the industry, and work was no longer forthcoming. 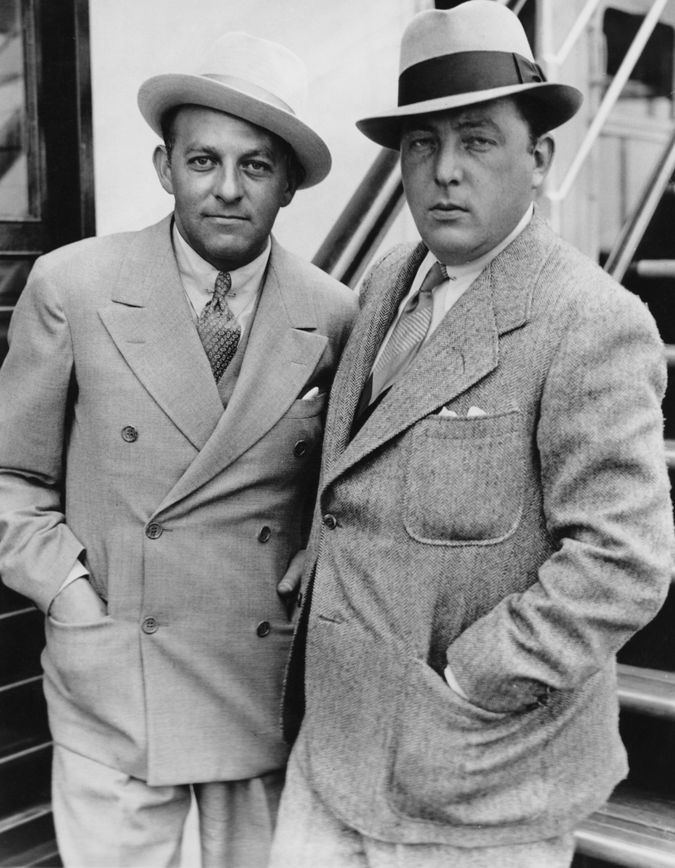 Milestone later described his predicament on “the gray list,” where “you had adversaries, you see, but you never knew who they were, so you couldn’t face them.” The director’s response to this purgatory was to travel to Europe and direct there. When HUAC disbanded, Milestone returned to Hollywood and eked out a couple more notable films including the Rat Pack vehicle “Ocean’s 11” and his cinematic swan song, “Mutiny on the Bounty.” “Mutiny” was a commercial failure, prompting Milestone to move to television, where he directed for the anthology series “The Richard Boone Show” and the crime show “Arrest and Trial.”

On the latter show, Milestone began suffering ill health, a likely result of his draining work on “Mutiny on the Bounty.” The network took him off assignment for an episode. He later told the LA Times that he was reprimanded for his directorial ambitions for the series, informed that he was “looking for a quality we don’t need in these films.”

Milestone stopped directing after a 1964 episode of the series and died 16 years later at the age of 84.

THE LAWYER-TURNED WRITER WHO BROUGHT US AN AMERICAN CLASSIC

Benjamin Glazer was the scion of Hungarian Jews on their way to America. But fate would have it that, being born in 1887 at a waystation in Belfast, he was an Irishman by birth.

In 1924, after a career as a lawyer, Glazer began writing for motion pictures. Three years later, when the Academy of Motion Picture Arts and Sciences was inaugurated, he was well-poised to be recognized — he was a founding member. Sure enough, Glazer won the first Oscar for Adapted Screenplay for “7th Heaven,” a Janet Gaynor romance based on a 1922 play of the same name by Austin Strong.

While Glazer wrote over 30 films — including the first screen adaptation of Ernest Hemingway’s “A Farewell to Arms” (1932) and the comedy “Arise, My Love” (1940), for which he won his second Oscar, for Best Story — one story stayed with him, and remains his best-known contribution to the arts.

The son of Hungarian parents, Glazer produced the first English translation of Jewish-Hungarian playwright Ferenc Molnár’s “Liliom” in 1921. That play, about an eponymous dead carousel barker who returns to earth to visit his widow, Julie, and their child, was not a success when it first played in Hungary, but Glazer’s translation was a hit on Broadway, where it featured a young Joseph Schildkraut in the title role.

Glazer waxed poetic about Molnár’s tale, in an introduction to his translation, writing: “where in modern dramatic literature can such pearls be matched—Julie incoherently confessing to her dead lover the love she had always been ashamed to tell; Liliom crying out to the distant carousel the glad news that he is to be a father; the two thieves gambling for the spoils of their prospective robbery; Marie and Wolf posing for their portrait while the broken-hearted Julie stands looking after the vanishing Liliom, the thieves’ song ringing in her ears; the two policemen grousing about pay and pensions while Liliom lies bleeding to death; Liliom furtively proffering his daughter the star he has stolen for her in heaven…. The temptation to count the whole scintillating string is difficult to resist.”

Evidently, it was just as tempting to retell, as it became an even greater success when the team of Richard Rodgers and Oscar Hammerstein III reimagined it as their 1945 musical “Carousel.” The Rodgers and Hammerstein production relied on Glazer’s translation, but reset the action in New England and recast the wealthy man whom Liliom (here called Billy Bigelow) attempts to rob from a wealthy Jew to a gentile mill owner and the Jewish character of Wolf Beifeld to the WASP-y Enoch Snow.

Glazer would get screenwriting credit for this story twice, once in 1930 for an adaptation of “Liliom” and again in 1955, when he was given a libretto credit alongside the screenwriting team of Phoebe and Henry Ephron (parents of writers Nora, Delia, Hallie and Amy Ephron).

The screenwriter, lawyer and sometimes foley artist was also a producer on a number of films, including the first film version of “Anything Goes” and another musical, “Paris in Spring,” both directed by Lewis Milestone.

Glazer passed away the year after “Carousel” debuted in movie houses across the country, but like his fellow Jewish honorees, the stories he committed to the screen live on.

The next 93 years of the Academy are likely to see more retellings of “Scarface” and more adaptations of Hemingway and Steinbeck. But, these boychiks were first to take these narratives to the silver screen, and the first to be honored for their efforts to the still-new craft of film. Mazels all around.

These were the first Jewish winners at the Academy Awards