Shaun Toub in a scene from ‘Tehran” Image by Apple TV

When actor Shaun Toub received the offer of a role in the series “Tehran,” he hesitated to take it– for three months.

“I was concerned because I had never done an Israeli production, and I wasn’t sure if it’s going to be my cup of tea,” said Toub of the series that premieres September 25 on Apple TV.

By that point in his career, Toub could be choosey. 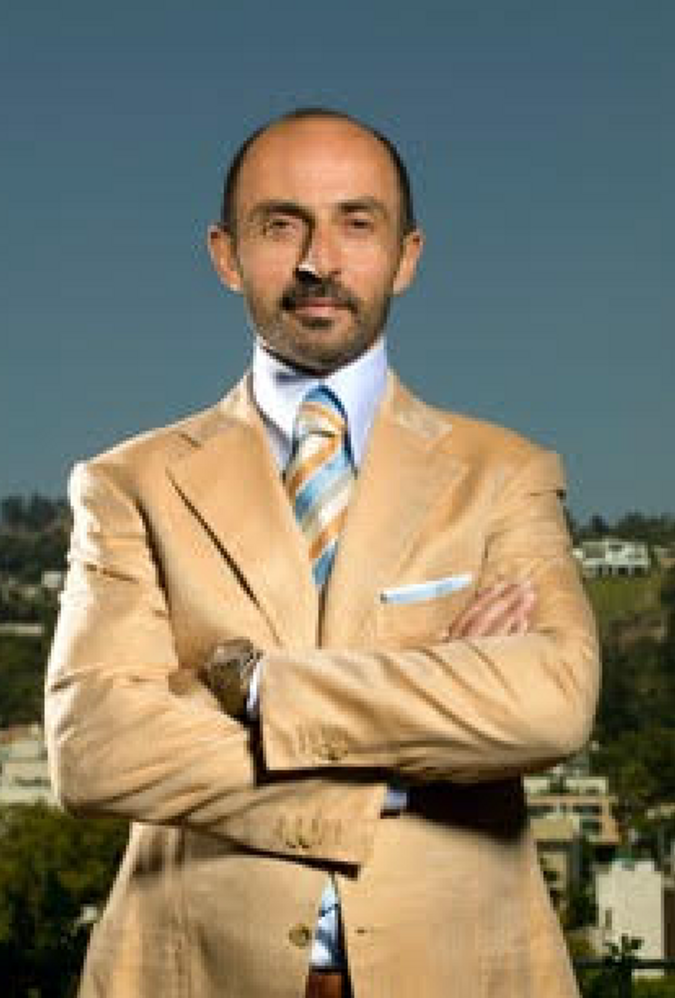 He had already played a wide range of characters in high profile projects, from Professor Yinsen in the “Iron Man” series, to Persian shop owner Farhad in the Oscar-winning 2004 film “Crash.”

Among the 100 television episodes he appeared in, he is best known for his portrayal of Majid Javadi, the Chief of the Iranian IRGC’s intelligence service in “Homeland.”

When Toub was finally able to read the script for Tehran, he was all in.

The Israeli espionage series, written by Moshe Zonder and Omri Shenhar, was exceptionally good, he said.

Now, the Iranian-born actor is the star of the much talked about new series which Apple TV purchased for what industry sources say was $1.5 million per episode. Apple also undertook a commitment to produce two more seasons.

Tehran revolves around Mossad agent Tamar Rabinyan, played by Niv Sultan, an Israeli woman who was born in Iran and raised in Israel.

Tamar is sent to Iran on a mission to disable a nuclear reactor. Toub plays security officer Faraz Mehmet whose job is to catch her. However, he is far from the villain of the series. From the first episode we get to know Faraz’s personal life, his love for his wife, and his devotion to his work and his country.

It was this human side of his character that appealed to Toub.

“I didn’t want to be playing a one-dimensional character, and I chose my roles accordingly,” he said. “Even when I’ve done bad guys roles, I tried to make their humanity and show that part of them as well.”

Toub was born to a Jewish family in Tehran in 1963. When he was three-years-old, he moved with his mother to Manchester, England, where his Persian name, Shaaram, became Shaun. The family shuttled between Iran and Europe, then, when he was 16, Toub immigrated again, this time to the United States. He graduated high school in New Hampshire and attended college in Massachusetts before moving to Los Angeles to attend USC.

Toub worked as a real estate agent while dreaming of being an actor. When an acting agency looking for an office space signed a lease with his help, he gathered the courage to ask one of the agents he befriended to arrange an audition for him.

Toub’s performance floored the agent, who signed him on the spot.

“Tehran” is personal to the 57-year-old actor. Though he hasn’t been back to his birth country for 18 years, he said he hopes the show will help bridge misunderstandings between Israel and Iran.

“One of the reasons I chose to accept this role is because I wanted to bring the two cultures together,” he said. “At the end of the day, people are just people, and we all have our challenges. It’s unfortunate that we allow religion get in the way of being friends and knowing one’s culture. The Iranian people and the government are two different things. The Iranians just want to live in peace.”

“In this world of technology, nothing will stop them,” he said. “’Game of Thrones’ was hacked and watched there. Once they heard there is a series called ‘Tehran’ made by Israelis, it immediately piqued their interest.”

In Greece, where the series was filmed, Toub made time to visit Iranian refugees. The experience deepened his affection for the Iranian people, if not their government.

“An Iranian girl sent me a text not long ago,” he said. “She complimented me on my work, I thanked her and then she wrote: ‘We are a burnt generation.’ It made me tear up. That’s how young Iranians feel today, it’s so sad.”