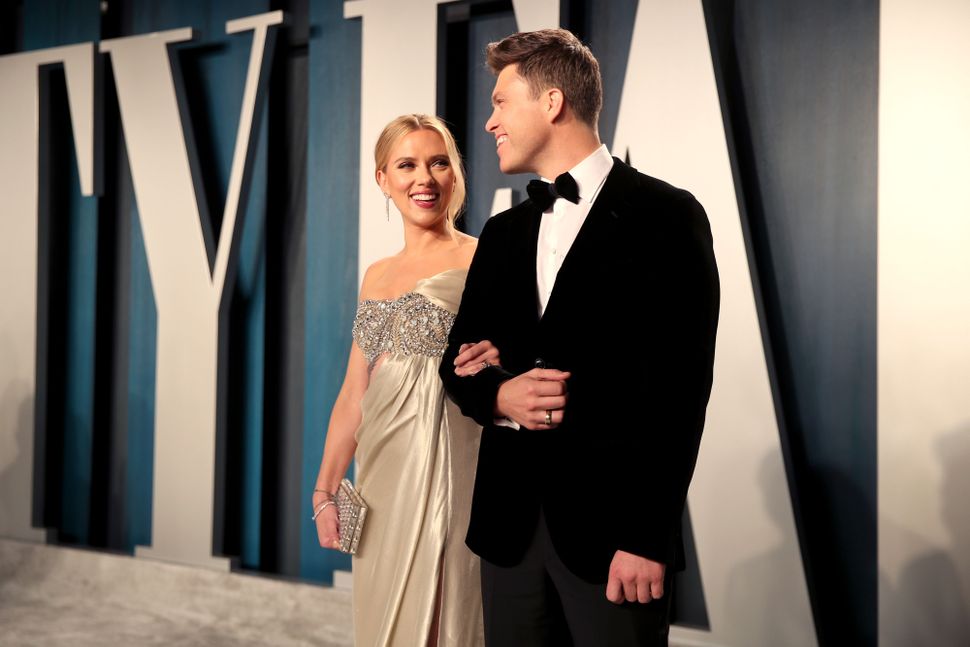 Some people enter the world with a spasm of life, commanding attention as they jerk their way into existence. Kinda like how Kramer bursts into a room, only probably with more medical equipment and less studio audience applause.

On Wednesday, a baby boy made one such entrance — at least if his name, like Moses and Isaac before him, describes the circumstances of his infancy.

“Ok ok we had a baby,” SNL cast member Colin Jost posted to Instagram, referring to the first of his children with Scarlett Johansson, who he only confirmed was pregnant the day before. “His name is Cosmo. We love him very much.”

Hoochie mama! Cosmo? We’re going with that? To my mind Cosmo is a drink, an abbreviation for a popular women’s magazine known for its sex tips and, as a given name, the one that Kramer’s mother bestowed on him and remained a secret (much like ScarJo’s pregnancy) until she revealed it on a sixth season episode.

The list of other notable Cosmos on Wikipedia is vanishingly small, and has two more fictional characters than real people. (Among the list are Mr. Spacely from “The Jetsons,” various European noblemen and some millenial musicians.)

Some have pointed out the staggering arithmetic of “scarjo + col(in) jo(st) = cosmo.” I still don’t get it.

As celebrity names go, I will say, Cosmo is quite tame. But I can’t shake the association of a certain “hipster doofus” with “Bride of Frankenstein” hair who is also a loathsome offensive brute we cannot look away from.

While I must say I was never fond of this union of Jost and Johansson, I do wish the baby well. I would be concerned about being picked on for his name, but surely his parents know their fame and wealth will insulate him from any playground abuse. After all, he may have a playmates named X Æ A-12 and Gene Attell Fischer.

If young Cosmo is raised in the Jewish tradition of his mother, I hope that when he is called to the bimah on the day he becomes a man in the eyes of his community he will live up to his namesake, answering the call with a resounding “giddy up.” And then the crowd can all clap like it’s a Cosmo Kramer entrance.