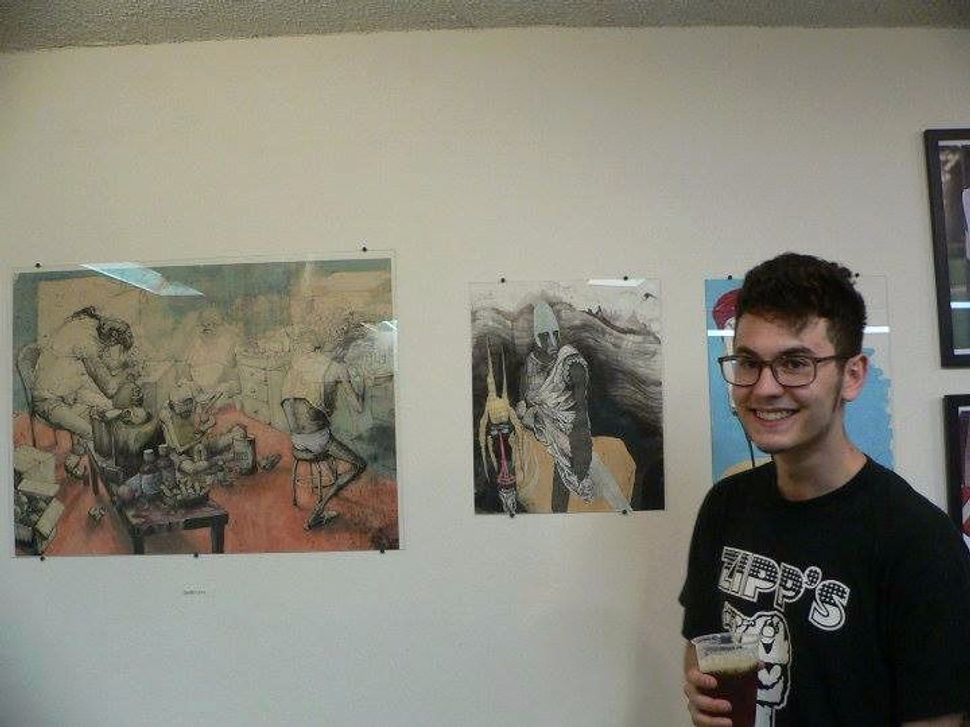 During his life, Daniel Levy struggled with depression. Image by Courtesy of Adam Levy 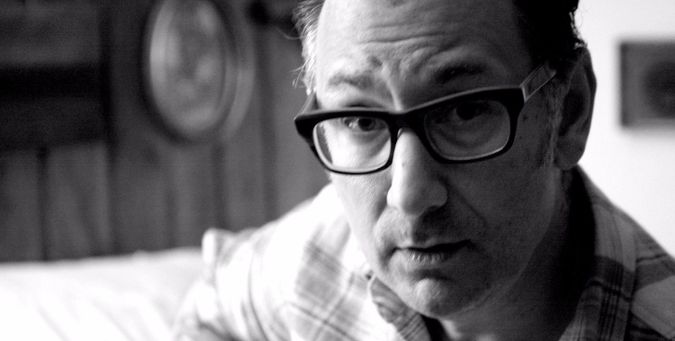 Image by Courtesy of Adam Levy

At a coffee shop in northeast Minneapolis, a short walk from his home, Adam Levy turns over his left forearm to show the spider tattoo that his son Daniel designed. It’s from the day he and Daniel got tattoos together, a father-son outing that left him with this souvenir.

Levy is the front man for the Twin Cities indie rock band the Honeydogs, whose big hit “I Miss You” still gets plenty of airplay. His son Daniel was an artist, too. He painted, made sculptures, and worked in a tattoo parlor, but his main medium was drawing with ink on paper in a style Adam describes as “a cross between Salvador Dali, Hieronymus Bosch and Dr. Seuss.”

Three years ago, when he was 21 years old, Daniel committed suicide.

Levy got another tattoo six months after Daniel’s death, this one on his right bicep. He pushes the sleeve of his flannel shirt up to reveal a Kafkaesque creature cradling a larva, taken from a drawing Levy found in Daniel’s sketchbook. “He’s either cradling it or about to eat it,” Levy says. “The image seems representative of our relationship.”

That ambiguity is the residue left behind from Daniel’s suicide.

In 2012, the year Daniel died, nearly 11 out of every 100,000 Americans aged 15-24 took their own lives, according to the Center for Disease Control. The figure was the same in 2013 (the last year statistics are available). Those suicides leave behind tens of thousands of parents, siblings, grandparents, aunts, uncles, teachers, coaches, friends and others who agonize over the loss and guilt and what-ifs. “Suicide, it’s worse than murder, because of the effect it has on everyone around you,” Levy says.

Levy, 50, is thoughtful and sensitive, as you might expect of a man who has spent his life writing and singing songs. His son’s death plunged him into a depression of his own. He couldn’t write for months. “I was so consumed with questions,” he says. “What could I have done? What didn’t I do?”

It took about a year and a half after Daniel’s death for something to click. Levy started writing songs about his grief, his son, his hope — and started to heal. Over the past 12 months, he has written enough songs to record a solo album, “Naubinway,” due out in September.

Although Levy identifies himself as agnostic, he admits he has been having more spiritual experiences in the wake of his son’s death, such as finding the inspiration to write again. “The creative process is some sort of transcendent process,” he says. “I don’t understand the creative process, but I can surrender to it. This batch of songs has allowed for some sort of surrender.”

Daniel Levy was an intelligent, tender young man. His parents split up when he was 6 years old. He lived with his mother, Jennifer Delton, who teaches history at Skidmore College in Saratoga Springs, New York. He also spent plenty of time in Minneapolis where his father recorded and toured with the Honeydogs and worked as a social worker with at-risk youth. Levy remarried and had two daughters with his second wife. Daniel embraced them as his sisters.

He loved to skateboard. He boxed in high school. That’s when emotional troubles surfaced. He struggled with anorexia. His parents enrolled him in therapy. After graduation, his troubles deepened. He studied art at Minnesota College of Art and Design in Minneapolis but dropped out after three semesters. He moved back to Saratoga Springs and took philosophy courses at Skidmore.

Depression haunted him. He experienced hallucinations. He obsessed over his inner evilness. Quite possibly he was schizophrenic. Daniel’s art during that period reflected that inner turbulence. “His drawings were violent but also empathic,” Levy says. 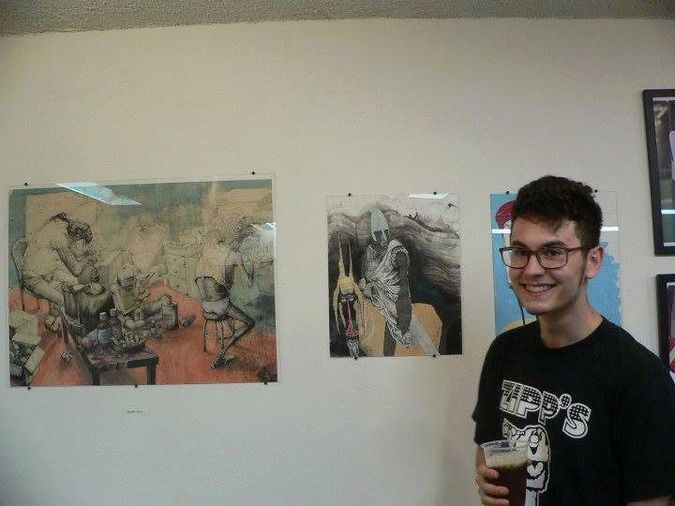 During his life, Daniel Levy struggled with depression. Image by Courtesy of Adam Levy

The last two years of his life, he was hospitalized seven times. The hospital would stabilize Daniel, medicate him, write up a therapeutic plan and release him. At least twice he adhered closely to the plan but his resolve faded over the weeks, and he wound up back in the hospital. “The system failed him,” Levy says. “The drugs failed him. We need to change that model.”

Levy saw his son’s death coming. He and Daniel had long talks by phone, almost daily, with Daniel describing his despair, the evil he felt inhabited him, his desire to die. Adam implored him to hang on, and tried to reason with him. But he realized the limits of his control over his son’s life. “I couldn’t duct tape him to his bed when he was suicidal,” Levy says. “I knew in that last year I was going to get that call.”

That call came on January 12, 2012. Daniel had inhaled a large dose of nitrogen — not large enough to kill him but large enough to render him comatose and to ravage his brain. Levy flew out to his bedside in New York. For nearly a week, he and Jennifer kept vigil with their son. The doctors told them even if Daniel came out of the coma, he would remain in a vegetative state. They decided to take him off life support, and allowed his suicide to be complete.

Daniel had learned about the nitrogen method online. He had wanted to find a way to die that would leave his organs intact so they could be donated. Indeed, most of his organs — even his eyes and skin — were harvested and given to people around the world. “It’s ironic,” Levy says. “He took his own life but gave life to others.”

Levy has another tattoo on his right forearm that says in Hebrew, “Tikkun olam,” or “healing the world.” He couldn’t heal his son. Now he has to heal himself. He is doing that by talking and singing about Daniel’s death. He sees that as another means to give life to others. “His death can help relieve others’ suffering,” he says. “I don’t want to get too messianic about it, but his sacrifice could bring others peace.”

As he passes through the stages of his own grief, he is finding some peace. For instance, he does not blame Daniel for the final choice he made. “I call it a choice loosely because he didn’t have all of his wits about him,” Levy says. “He was in such a place of immense pain. I don’t like to blame someone who makes a choice in a place like that.”

He knows his views on suicide can conflict with conventional attitudes. “People say suicide is a cowardly act, but I think for Daniel it was an act of courage,” he says, “because he knew how many people it would hurt, but he still did what he needed to do to free himself from the pain.”

Levy has reached this level of acceptance by wrestling with his own grief through music, writing the songs on his new album. “They have given me a sense of purpose,” he says.

Levy doesn’t plan on doing a traditional promotional tour. Sure, he’ll do concerts, but he’ll also use the album to attract attention to forums, gathering other musicians to talk about mental illness with the hope of erasing the stigma that surrounds it. In November, he will be the keynote speaker at the Twin Cities’ Jewish community’s annual mental health conference, “Eliminating Stigma, Embracing Hope.” His wish is that by generating more discussion about mental health, he can push the system forward so that it will be able to serve others like his son.

One night in April, Levy sits on a small corner stage in the back room of Kieran’s Irish Pub — just down the block from First Avenue, formerly owned by Prince — and sings several of his new songs. The songs have a folksy feel, just the acoustic guitar and Levy’s taut voice. They’d almost be considered easy listening — except for their haunting narratives.

Adam Wahlberg, founder of Think Piece Publishing, which is producing Levy’s album and hosting this event, introduces the title song, “Naubinway,” as a landmark song. “This takes us to an uncomfortable place,” Wahlberg says. “I’m grateful for artists like Adam Levy who can take us there because it helps us make sense of this. This is a powerful song. Right up there with Dylan.”

The song is about the day six months after Daniel’s death, on his birthday, when Adam, Jennifer and Daniel’s two younger sisters gathered to spread Daniel’s ashes in Naubinway Bay of Lake Michigan. That’s the last place his mother remembers seeing Daniel smile.

Levy explains that, after his son died, he wanted to get as close to him as he could. “I wanted to touch his things, sleep in his bed, wear his clothes, go through his browser and visit every place he did in the past week, and touch his body — then in the form of ashes,” he says. “To put your hand in that bag of ashes makes a powerful connection.”

He sweeps his fingers down the strings of his guitar and starts to sing. The mood in the crowded room swells with the emotion. “Ashes to ashes, dust to dust/We bid you adieu only if we must,” he repeats in the refrain. “Backwards baptism in Lake Naubinway/Cradle my baby on his deathbed.”

He sings with his eyes open. His voice is strong and clear. He bobs his knee in time. The guitar builds to an emphatic finish.

The 50 or 60 people in the room briefly compose themselves then break the tension with their applause. Levy tips his gray fedora slightly.

Between songs, he takes questions from the audience. A young woman asks, “Does it hurt when you sing these songs?”

“Music and conversation about my son’s life is cathartic,” he says. “The emotional impact for me is diminished after singing these songs so many times while rehearsing and recording this album, which in terms of trauma is a good thing. This is therapeutic for me. It only feels good.”

John Rosengren is the author of “Hank Greenberg: The Hero of Heroes.”