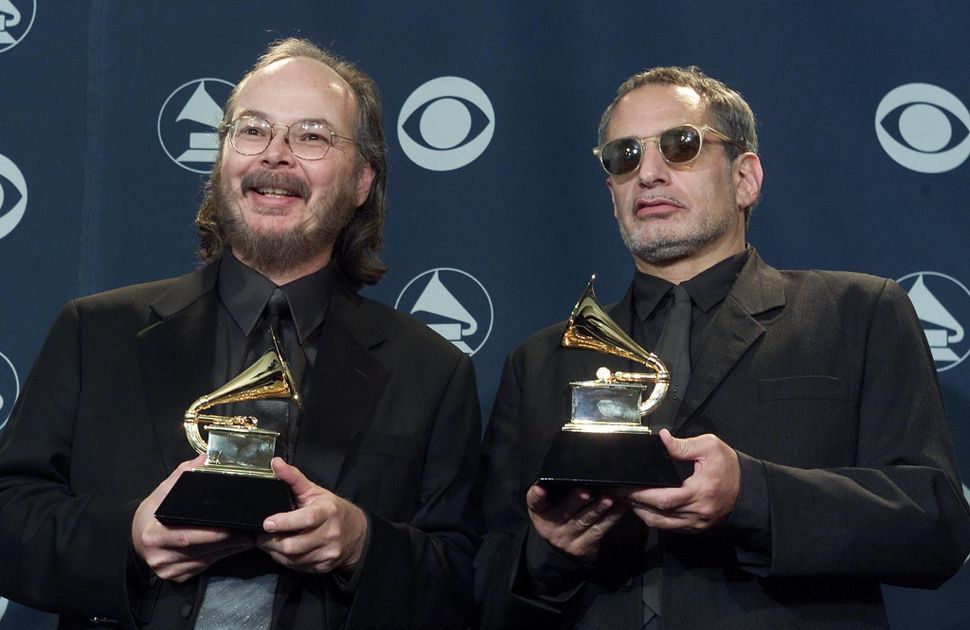 The year was 2006: a starry-eyed young rapper named Kanye West burst onto the scene with “Gold Digger,” the American public experienced the dawning realization the Iraq War had been a Bad Idea after all, and half-Jewish ‘70s art rockers Steely Dan launched an intervention of their own to revitalize the creativity of indie film darling Wes Anderson.

Steely Dan, aka Donald Fagen and the late Walter Becker, wrote Anderson an open letter, recently republished by Flashbak, containing a grim prognosis regarding his career, warning the director that his work was at risk of descending into shtick. What Anderson clearly needed, they argued, was to work with Steely Dan. No mere musicians, Fagen and Becker identified themselves as, “Obsessive fans of world cinema,” boasting a lifelong love of, “Eisenstein, Renoir, Rene Clair, Bunuel, Kurosawa, Fellini, Godard, Tarkovsky, Ophuls the Elder, Blake Edwards, Ophuls the Younger, you name it.”

With admirable directness and limited tact, they described Anderson’s career to date as follows:

You began, spectacularly enough, with the excellent “Bottle Rocket”, a film we consider to be your finest work to date. No doubt others would agree that the striking originality of your premise and vision was most effective in this seminal work. Subsequent films – “Rushmore”, “The Royal Tenenbaums”, “The Life Aquatic” – have been good fun but somewhat disappointing – perhaps increasingly so. These follow-ups have all concerned themselves with the theme we like to call “the enervated family of origin”©, from which springs diverse subplots also largely concerned with the failure to fulfill early promise. Again, each film increasingly relies on eccentric visual detail, period wardrobe, idiosyncratic and overwrought set design, and music supervision that leans heavily on somewhat obscure 60’s “British Invasion” tracks a-jangle with twelve-string guitars, harpsichords and mandolins. The company of players, while excellent, retains pretty much the same tone and function from film to film. Indeed, you must be aware that your career as an auteur is mirrored in the lives of your beloved characters as they struggle in vain to duplicate early glories.

Though unsolicited and quite possibly unwanted, their letter is written with great energy and wit. The always enterprising Fagen and Becker manage to claim a legally unenforceable copyright on many words and phrases, including: “the enervated family of origin”©, Faboriginals©, Art Crime©, fire-mopped©, jouissance©, and “Bottle Rocket Two”©.

In order to rescue the filmmaker from his own bad habits, Fagen and Becker both offer theme songs for what was then his upcoming film, 2007’s “The Darjeeling Limited.” Fagen’s song represents a break with the past, while Becker returns to his favorite Anderson film, writing an overture for a sequel to “Bottle Rocket” (1996).

“Come to think about it, these songs are both so fucking strong that you may wish to consider a hybrid approach that uses both of them,” they write. “After all, they’re both set in India, which is where your company is setting up shop now. You could go with some kind of ‘film within a film’ or even a ‘film within a film within a film’ or some such pomo horseshit, just like Godard’s “King Lear” or whatever. That’s your call, you’re the director.”

Unfortunately, Anderson did not heed Steely Dan’s advice and “The Darjeeling Limited” is his worst film, stuck in precisely the mannerist rut that the rockers identified. But all was not lost for the director. His next movies, “Moonrise Kingdom” (2012) and “The Grand Budapest Hotel” (2014) are among his very best, finding the director further honing his fastidious style while tackling more substantial ideas about people and history.

Although it’s probable that Steely Dan’s intervention indeed saved Anderson’s career, and maybe his life – who knows? – the director did not credit the musicians for his artistic development, saying, “I can’t say that Steely Dan made me feel like a million bucks actually; but, I think it was kind of funny.”

Daniel Witkin is the Forward’s Arts and Culture Intern. Reach him at witkin@forward.com, or on Twitter, @dzwitkin.