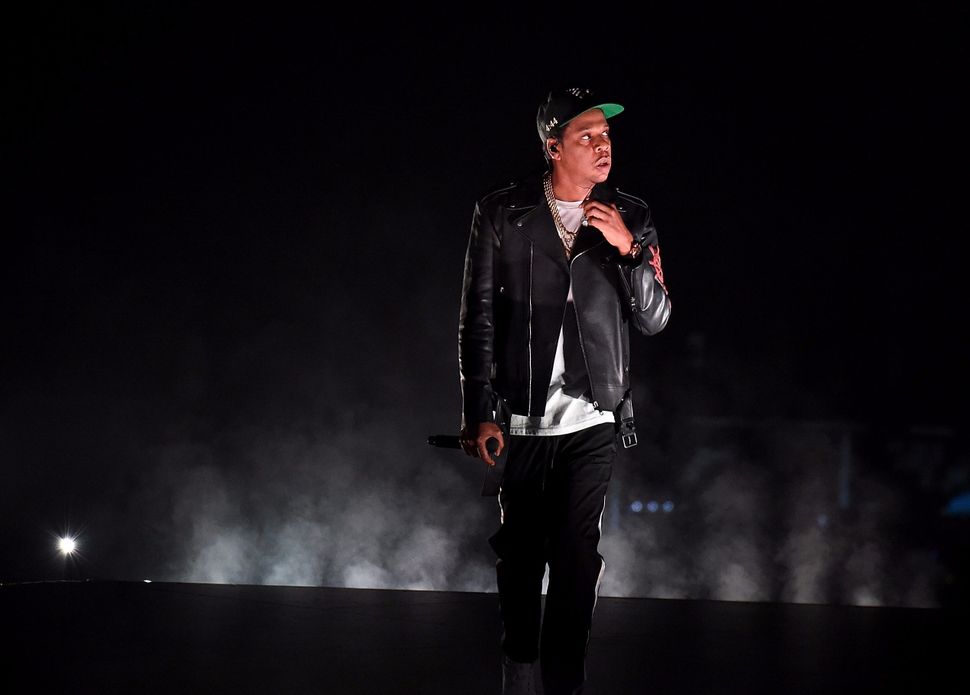 Jay-Z performing at the Barclays Center in November. Image by Getty Images

During a conversation with David Letterman on the former “Late Show” host’s new show, “My Next Guest Needs No Introduction,” the rapper and entrepreneur discussed how his former teacher, Renee Rosenblum-Lowden, played a critical role in fomenting his love of language.

As it turns out, the Letterman interview isn’t the first time Jay-Z has spoken about his admiration for Rosenblum-Lowden. We trawled the internet for the nicest things Hova has said about the instructor. (For those unfamiliar, Jay-Z goes by Hova because he’s the “God” of rap. It’s short for, you guessed it, Yehova.)

In 1999, Jay-Z told Teen People Magazine that in the sixth grade, he “met someone who helped turn my life around, a very special English teacher.” (The original interview is unavailable, but Page Six paraphrased the reporting in a contemporary column). Specifically, he recalled an incident when she “took our class to her house in Brooklyn on a field trip.” That Rosenblum-Lowden would bring the students to her home shocked a young Shawn Carter: “You know how many teachers who’d take a bunch of black kids to their house?” he said at the time.

On Letterman, according to The Washington Post’s Travis Andrews, Jay-Z recalled that “[Rosenblum-Lowden] had ice in the refrigerator way back when no one had it, and I thought, ‘Oh man, I might be an English teacher … She gettin’.”

Rosenblum-Lowden told The Washington Post that, after this interview, she got his contact information from the magazine, and that the two connected on the phone. She told Andrews, “Five minutes later, he called … He was 12 years old again, calling me Ms. Lowden.”

In 2010, Jay-Z sat down for a wide-ranging conversation with fellow magnates Steve Forbes and Warren Buffet. Forbes asked about the source of Jay’s love of language, to which he responded at length about Rosenblum-Lowden’s effect on him. “I grew up in the Marcy Projects in Brooklyn … our classrooms were flooded,” he said. “It was very difficult for teachers to give you one-on-one attention. And there was this one sixth-grade teacher named Miss Lowden. She must have seen something in me, and she gave me this attention and this love for words.”

Miss Lowden demurred when asked by The Washington Post if she’d played a role in Jay-Z’s development. As she recalls it, Carter was gifted from a young age. “The thing I remember about Shawn is he took the reading test and he scored 12th grade in the sixth grade,” she said.

In his latest interview, Jay-Z once again gushes about his favorite teacher. As in previous interviews, he brought up the field trip, and the refrigerator incident, and told Letterman that his experience with Rosenblum-Lowden was evidence that “we need to pay our teachers more.”

At one point, he says that his “love of words” stems, in part, from “reading the dictionary” in her class. Lowden explained to The Washington Post that in class, she would pose a question that contained a difficult vocabulary word. They’d have to use a dictionary to answer the question. “The fact that that made an impression on him was very cool,” she said.