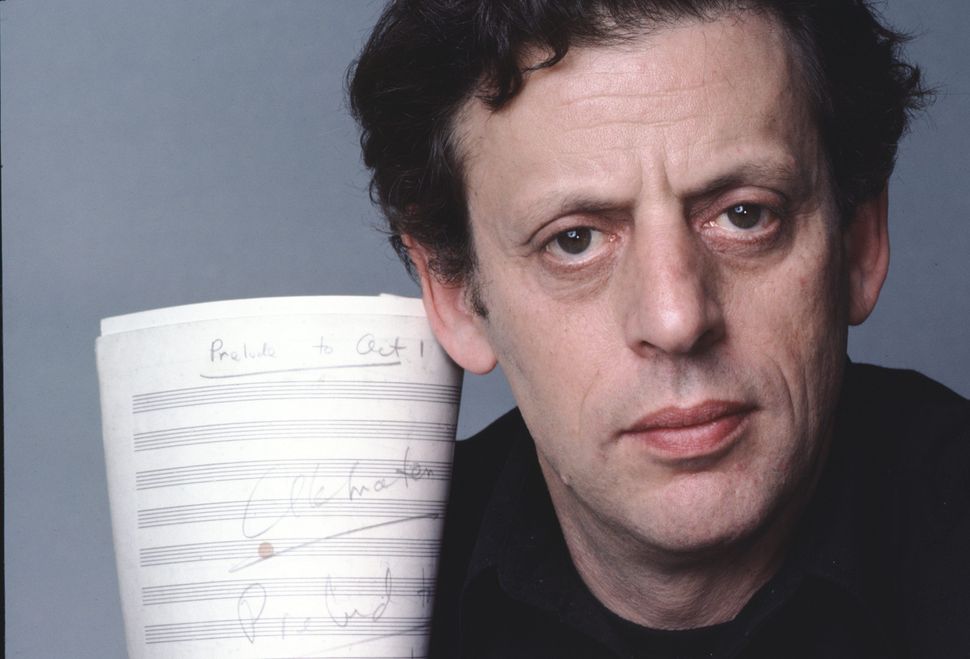 The selections for this year’s Kennedy Center Honors were announced this morning and, as ever, they’re a who’s who of people it’s hard to imagine otherwise interacting. American Jewish composer Philip Glass is receiving the famous rainbow-banded medal, awarded annually to five artists whose talents have helped shape American culture. Glass is joined in the honor by Cher, country star Reba McEntire and saxophonist Wayne Shorter, as well as the musical “Hamilton” which will receive the honor’s first ever non-individual honor.

Glass, 81, a Baltimore-native, first made a splash in New York in the 1960s, working with fellow Jewish composer and Juilliard grad Steve Reich to develop the form of minimal music. When the two had a falling out, Glass formed his own group, the Philip Glass Ensemble, where he developed his signature instrumentation.

In 1976 Glass wrote his first and most famous opera, “Einstein on the Beach.” The nonlinear composition was staged by avant-garde director Robert Wilson in Europe before a homecoming at the New York Metropolitan Opera. A number of collaborations with the theater company Mabou Mines followed.

From the 1980s to the present, Glass has remained a prolific composer, generating dozens of operatic and symphonic works. To the non-music buff, he is probably best known for his film scores. He won a Golden Globe for his score for “The Truman Show” (1998) and a BAFTA for “The Hours” (2002), his score for which was also nominated for an Academy Award, as was his music for “Notes on a Scandal” (2006) and “Kundun” (1997). The latter film, about the young Dalai Lama, was a passion project; Glass is a fierce supporter of an independent Tibet.

Excerpts of Glass’s work will likely be on the night’s bill, scheduled for December 2, along with tributes to his co-honorees.

President Trump who broke with tradition by skipping last year’s ceremony, has yet to RSVP. Glass, who has called Trump an idiot, probably won’t miss him.

PJ Grisar is the Forward’s culture intern, he can be reached at [email protected]