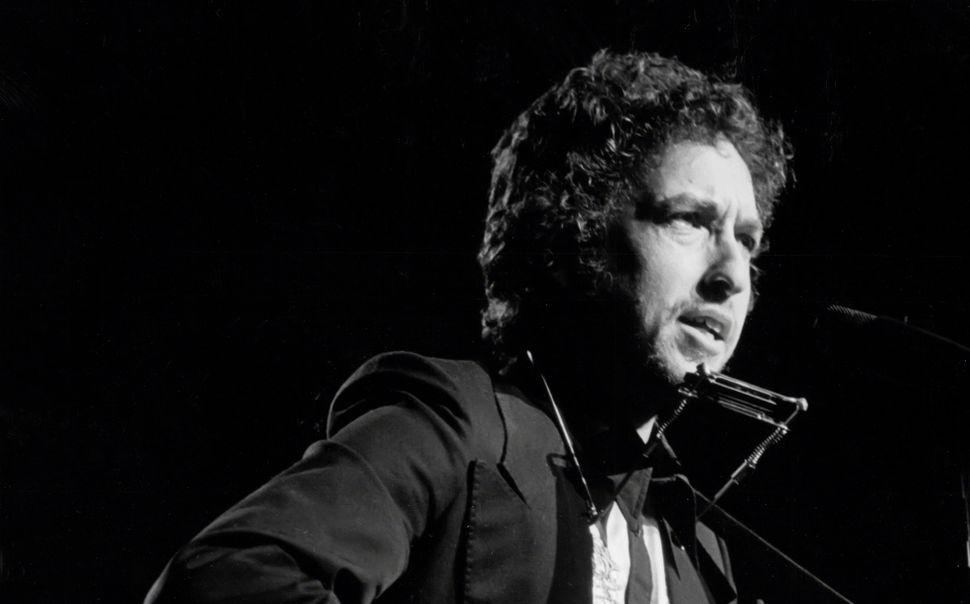 More like “Tangled Up in Jew.” In an October 31, 2018 piece for the New Yorker music journalist Jeff Slate revealed the early recording history of Bob Dylan’s 1975 album “Blood on the Tracks” and its little known Jewish connections.

Slate, who wrote the liner notes for “More Blood, More Tracks,” the latest in Dylan’s “Bootleg Series” which commits previously unreleased demos to record-form, wastes no time getting into it. The sessions for “Blood on the Tracks” started on September 16, 1974, or, as Slate notes, Rosh Hashanah.

Come for the insights into Dylan’s prolific, 36-track-recording-day, stay for the aside connecting him to another master Jewish storyteller. “While he was writing the songs for ‘Blood on the Tracks,’ Dylan had taken up painting classes with the New York artist Norman Raeben,” Slate writes. “By all accounts, Raeben was a taskmaster, but he imparted in his students a sense both that life itself was the art, with their creations being merely the by-product of that experience, and, significantly for Dylan, that past, present, and future could all coexist in their work.”

Raeben, as the son of Sholem Aleichem, no doubt learned from the best.

But what most surprised Slate after listening to the full session recordings was the counter-narrative they presented. Perhaps derived from the zen piece of mind offered up by Raeben’s classes, Dylan was not, as was widely reported by those in the studio, a poor collaborator speeding through production. Slate believes Dylan had complete focus and a commitment to return to basics. If he fired the session players, it was only because the stripped down formula he wanted to capture demanded it.

“In the era of Neil Young and Joni Mitchell and so many others unjustly or unfortunately dubbed ‘the New Dylan,’ and after a clutch of albums that fans had found less than satisfying, Dylan was throwing down the gauntlet, showing himself once again to be the master singer-songwriter and performer,” Slate wrote. With a return to “aching” renditions of some of his most “intimate” songs, maybe Dylan was getting an early start on his Jewish New Year’s resolution.