Drake Leads The Jews In The 2019 Grammy Nominations 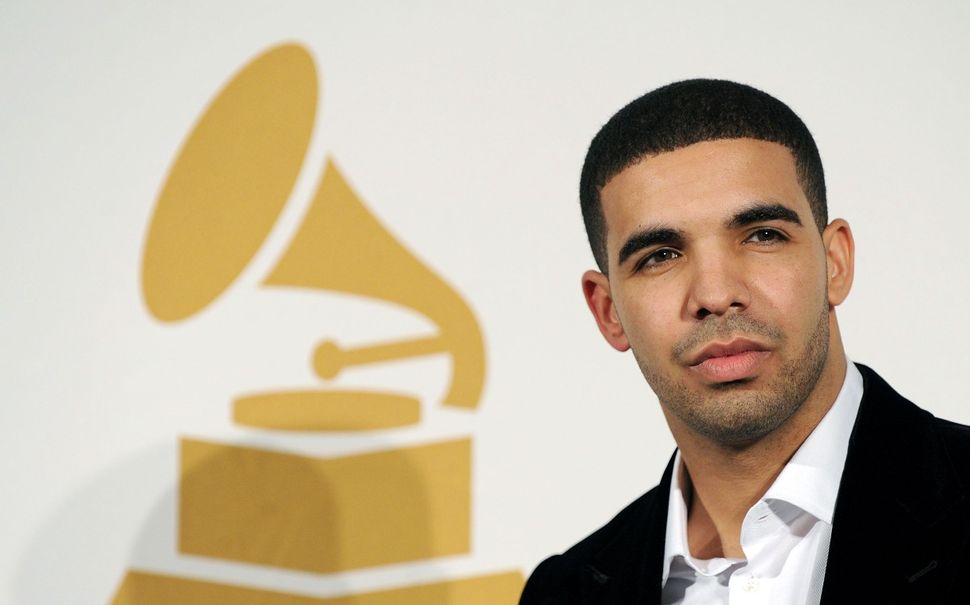 If you’re one Aubrey Graham — known to the masses by the mononym Drake — you may be wondering how you could outdo yourself this year. In January of 2018, after two solid years fueling countless internet memes with “Hotline Bling,” you were nominated for five Grammys and won two. How could your 2019 be any better? How about seven Grammy nominations, the most of any artist in the running this year apart from Kendrick Lamar, who has eight.

If it were ever a question, post-Beastie Boys, if Jews could rap, Drake has safely laid the inquiry to rest. Billboard reports that Drake is nominated twice for 2019’s Grammy for Record of the Year with “God’s Plan” and his double album “Scorpion.” The Toronto-born rapper is also up for Song of the Year for “God’s Plan,” and Best Rap Performance for “Nice For What” and “Sicko Mode.” “Sicko Mode,” which Drake sang with Travis Scott, Big Hawk and Swae Lee also snagged him a nomination for Best Rap Song along with “God’s Plan.” Surely Hashem did have some say in the matter.

Drake isn’t alone among the chosen for the 2019 Grammys, slated for February 10, 2019 at the Staples Center.

Producer extraordinaire Mark Ronson is nominated, with Lady Gaga, Anthony Rossomando and Andrew Wyatt for Song of the Year for “Shallow” from “A Star is Born.” The song, which was nominated for a Golden Globe for Best Original Song earlier in the week, is also under consideration for Best Song Written for Visual Medium. Ronson’s in good company in that last category with Benj Pasek and Justin Paul’s “This Is Me” from “The Greatest Showman.”

On the more rock-forward and alternative side of things Jack Antonoff and Annie Clark were nominated for Best Rock Song for “Masseducation.” Clark, who performs under the name St. Vincent, nevertheless has some Jewish ancestry. We all know about Antonoff’s. Four years after an eventful Grammy ceremony, which included wins for Album and Record of the Year and a requisite Kanye interruption, Beck is back for 2019. The alt-rocker is nominated for Best Alternative Music Album and Best Pop Solo Performance for his album “Colors” and its title track.

Adam Levine’s outfit Maroon 5 is also represented in the Pop field with a Best Pop Duo/Group Performance nomination for “Girls Like You,” a collab with Cardi B.

Those who read the liner notes and love Bob Dylan (we’re betting there’s quite a bit of crossover) will be pleased to see the New Yorker’s Amanda Petrusich get a nod for her work on “Trouble No More: The Bootleg Series Vol. 13 / 1979-1981.”

We hope that when Drake wins his Grammy(s), which seems close to a statistical inevitability, he’ll be gracious, with a speech more in line with “God’s Plan” than “Nice For What.” Like any good Jewish boy, we’re sure he’ll thank his mother.

Drake Leads The Jews In The 2019 Grammy Nominations