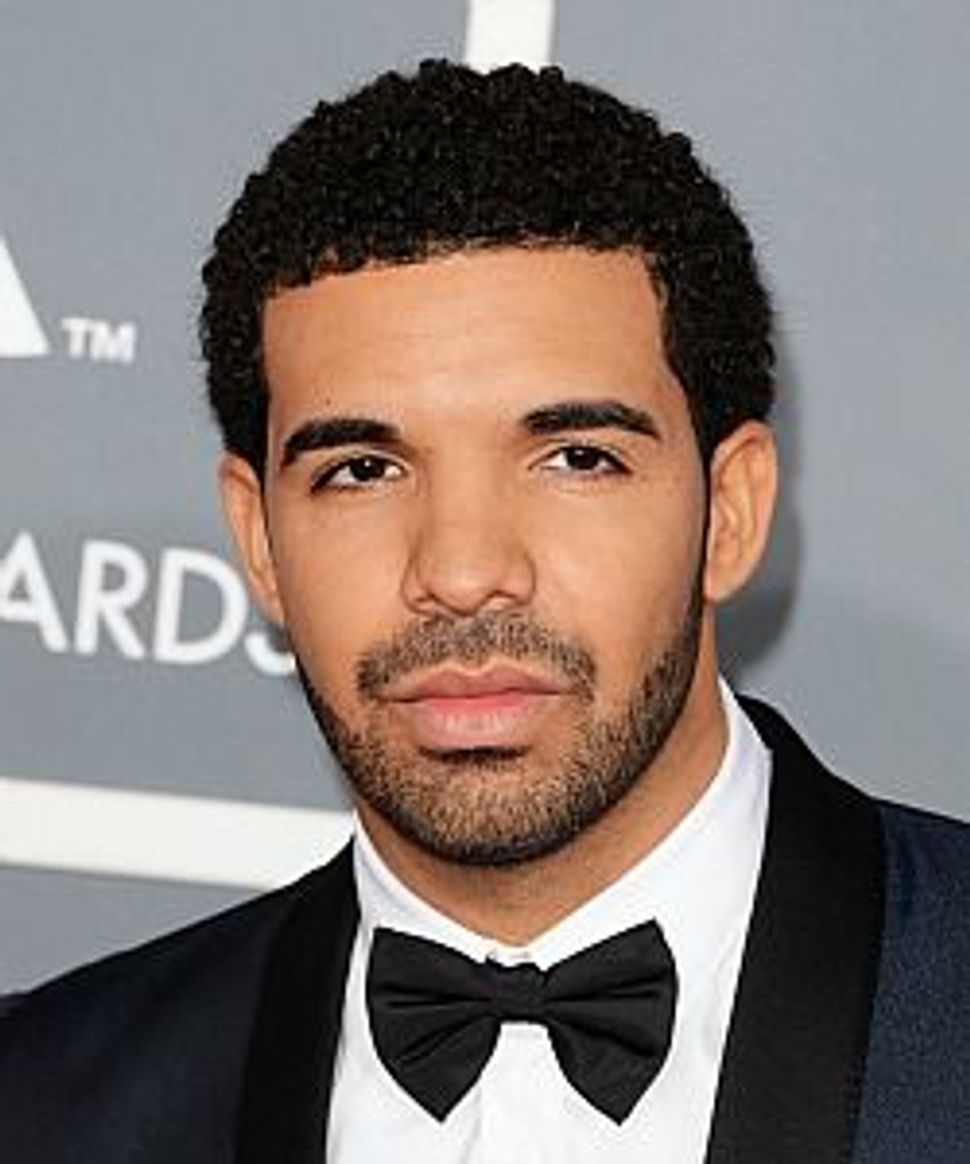 The Jewish Canadian singer Drake won a Grammy Award, his first, for Rap Album of the Year.

Also, the indie pop band fun. won Song of the Year with “We Are Young” and Best New Artist at the 55th annual Grammy Awards on Sunday in Los Angeles. Its lead singer, Jack Antonoff, is Jewish, and he thanked all the band’s fans after fun. won in the latter category.

“We’ve been touring for 12 years and we haven’t made money for a very long time,” he told the crowd, extending a shout-out to girlfriend Lena Dunham.

For Drake, his album “Take Care” brought him the Grammy before the televised portion of the show began. He beat out Lupe Fiasco, Nas, The Roots and Rick Ross.

Drake had been nominated 10 times before breaking through this year. He also was nominated for Best Rap Performance for his song “HYFR” and Best Rap song for “The Motto.”

Fun. also performed at the Grammys, playing its hit “Carry On” during a staged indoor rainstorm at the Staples Center.

In his introduction of the group, actor Neil Patrick Harris said, “As legendary gangsta rap icon Katharine Hepburn once said, ‘If you obey all the rules, you don’t have any fun.’ “

Other notable Grammy winners were the English folk band Mumford & Sons, who won Album of the Year for “Babel”; Gotye, whose hit “Somebody That I Used to Know” won for Record of the Year; and Adele, who won her seventh Grammy for her live performance of “Set Fire to the Rain.”