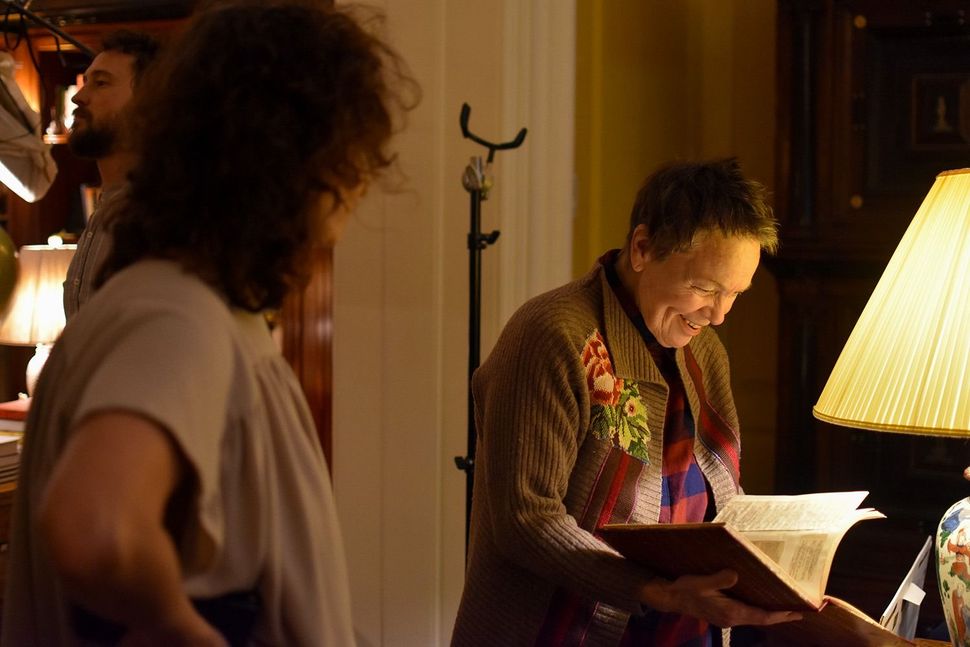 Laurie Anderson in the home that once belonged to Emma Lazarus. Image by Gemma Solomons

The weathered words on the pedestal of the Statue of Liberty endure to this day, even though most immigrants no longer encounter them on their journey.

But the sonnet “The New Colossus,” written by Emma Lazarus, is only the poet’s most visible contribution to literature. This year, the American Jewish Historical Society, the steward of Lazarus’s papers, is launching an initiative to bring greater attention to her work.

The Society kicked off the project by having Grammy-winning musician and artist Laurie Anderson channel the writer, who died in 1887 at the age of 38, with a reading of her poem.

In the clip below, released last week, Anderson stands in the library of Lazarus’s historic home at 18 W 10th Street in Manhattan and reads a stanza many Americans know by heart.

“Who better to record America’s most enduring poem than an iconic voice?” Annie Polland, AJHS’s executive director, told the Forward’s Laurie Gwen Shapiro. “Of course, immigration rights have always been important to her, too. It was a match made in heaven.”

Laurie Anderson, “The New Colossus” from AJHS on Vimeo.