No, you’re wrong — Bob Dylan’s 17-minute song is a work of epic genius 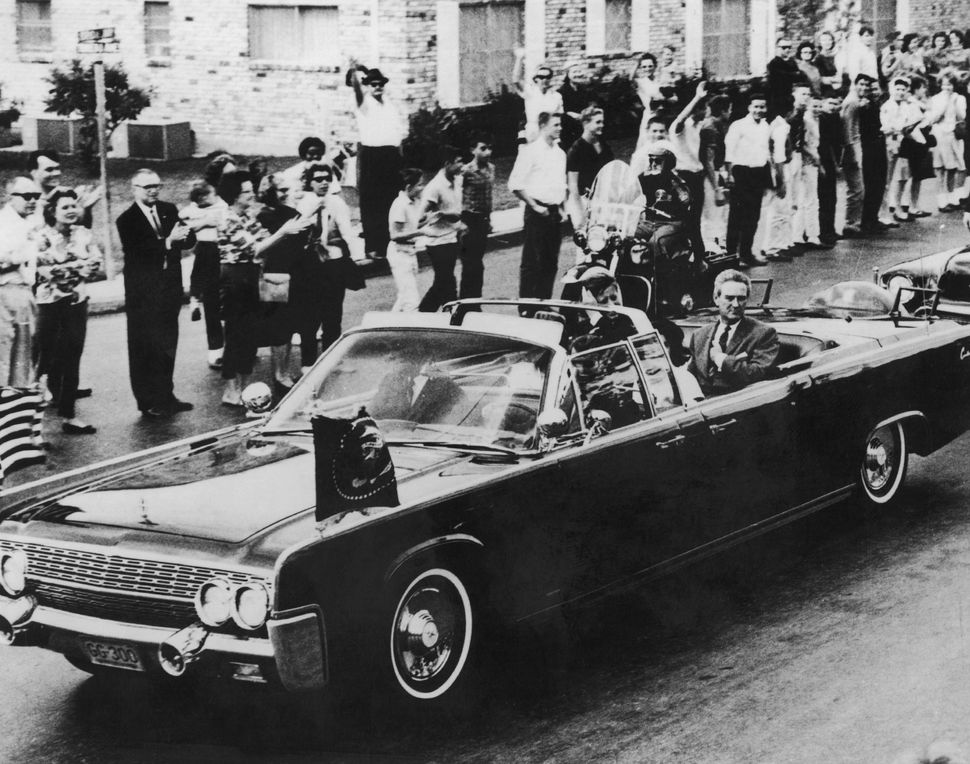 “[A]s with all things Dylan,” wrote Grisar, “his votaries will be paying Talmudic attention to this new text and finding a deeper meaning than I care to.”

Well, PJ, you’re right about that. And that’s where I come in.

Dylan’s 17-minute ballad about the assassination of President John F. Kennedy is not only a work of epic genius – formally, structurally, and otherwise – but, like the Talmud itself, it veritably demands a close reading in order to comprehend fully what the Nobel Prize-winner hath wrought.

Dylan’s song-poem is a surreal fever-dream that unfolds through the voices of multiple narrators, including a third-person storyteller, JFK, Lee Harvey Oswald, the unnamed and unknown conspirators behind the assassination, and Bob Dylan. The form perfectly suits the content by capturing the dizzying madness of that “dark day in Dallas, November ’63” and its puzzling aftermath. The spoken-word piece is sprinkled with cultural signposts, political history, film and song titles, and literary allusions (beginning with the title, a quote from “Hamlet”). This is no mere “We Didn’t Start the Fire” sequel; rather, it is Dylan’s “The Waste Land,” substituting November for April.

As for the title, Dylan is not the first to have applied that particular Shakespeare quote (wherein the Ghost comments about his own death: “Murder most foul as in the best it is / But this most foul, strange and unnatural”) to the events of that November day. A book called “Murder Most Foul!”, subtitled “The Conspiracy That Murdered President Kennedy,” was written by Stanley J. Marks and published in 1967. It is likely that Dylan read the book; he has a long history of writing songs inspired by his reading.

Many of the pop culture references in the song are tied to Kennedy, the assassination, or to Dylan himself. He’s not implicating Freddy Krueger when he name-checks “A Nightmare on Elm Street.” Kennedy was shot on Elm Street in Dallas. This Elm Street nightmare preceded Wes Craven’s by over two decades. Dylan follows that line with what might seem like a non sequitur — “When you’re down on Deep Ellum, put your money in your shoe” – until you learn that Deep Ellum is a Dallas neighborhood (named after Elm Street) with an illustrious musical history. It was founded by freed slaves and played host to a who’s who of blues and jazz legends including Blind Lemon Jefferson, Robert Johnson, Huddie “Lead Belly” Ledbetter, and Bessie Smith, in clubs like The Harlem and The Palace. And as for putting money in your shoe when you go there, Dylan is paraphrasing a line from “Deep Ellum Blues,” an old song of uncertain origin that includes the line, “When you go down on Deep Ellum, put your money in your socks.” The song was a staple of Grateful Dead concerts in the 1970s and ‘80s.

American political history is invoked throughout the song. The second line describes November 22, 1963, as “A day that will live on in infamy,” a re-use of FDR’s description of the bombing of Pearl Harbor, another day that changed the course of the nation’s history. As JFK’s limousine races to Parkland Hospital, someone says, “Let’s keep hope alive,” which was the tagline for Jesse Jackson’s famous address to the Democratic National Convention in 1988, one of many lines in the song tying JFK to the civil-rights movement. Dylan connects JFK to Martin Luther King, whose famous line, “I’ve seen the Promised Land. I may not get there with you” is echoed in a JFK reverie, “I’m never going to make it to the New Frontier” – a line that also posits the slain president as a latter-day Moses.

All the touchpoints of the assassination – and conspiracy theories – are here: Love Field (where Air Force One was parked); the Lincoln Continental (joining Kennedy with that other slain president, Abraham Lincoln); the Trinity River that flows through Dallas; the left-hand turn from Houston Street to Elm, passing by the Texas Book Depository from which shots were fired; Dealey Plaza; the grassy knoll; the triple overpass; Parkland Hospital — where JFK, Lee Harvey Oswald, and, years later, Jack Ruby were all pronounced dead – and the last words spoken to JFK, by Texas first lady Nellie Connally, the horrifically ironic “Don’t say Dallas don’t love you, Mr. President,” mere seconds before he was shot. 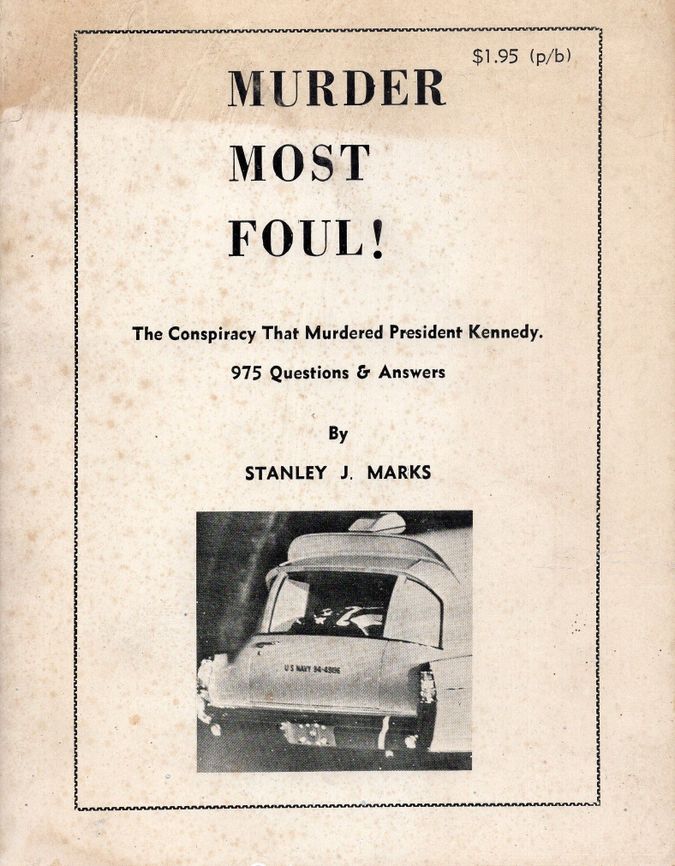 Dylan talk-sings, “I’m just a patsy like Patsy Cline / Never shot anyone from in front or behind,” paraphrasing Oswald’s denial, “I’m just a patsy.” His poetic genius abounds in lines like “Play ‘Moonlight Sonata’ in F Sharp / And ‘A Key to the Highway’ for the king of the harp.” Note how he follows the mention of a musical key – “F Sharp” – with the words “a key,” therefore giving poetic logic to the otherwise unusual musical juxtaposition of Beethoven and blues harpist Little Walter, called “the Charlie Parker of the harmonica.”

Dylan also embeds references to his own work in the song. “Wait a minute boys, you know who I am” echoes his own “Wait a minute boys, this one’s not dead,” from “Hurricane” – another song about race relations and a murder-conspiracy. He sings, “Stand there and wait for his head to explode,” recalling the line from his song “Day of the Locusts,” where he sings, “The man standing next to me, his head was exploding / I was praying the pieces wouldn’t fall on me,” a perhaps grisly but honest allusion to what happened to the other passengers in the presidential limo.

In the long list of songs and movies Dylan has JFK request (to be by late-night DJ Wolfman Jack), he mischievously includes “Blue Sky” by Dickey Betts of the Allman Brothers Band. Why that song? Perhaps because Joan Baez covered it on her 1975 album, “Diamonds and Rust,” which was largely about her on-again, off-again relationship with Dylan. And when he intones, “Play it for Carl Wilson too, looking far, far away down Gower Avenue,” he’s not really talking about the Beach Boys. He is actually referring to his friend Warren Zevon and his song, “Desperado Under the Eaves,” which ends with the narrator listening to the sound of the air conditioner hum while voices sing, “Look away, look away down Gower Avenue.” One of those voices on the record belonged to Carl Wilson.

And then of course, at the very end, Dylan has JFK ask Wolfman Jack to play “Murder Most Foul,” which I have been doing, on a nearly nonstop loop, for the past week now. It’s a song that rewards such repeated listening, revealing as it does the inner workings of a song-poet wholly deserving of his Nobel Prize for Literature.

No, you’re wrong — Bob Dylan’s 17-minute song is a work of epic genius