Bob Dylan gave us a 17-minute JFK murder ballad for our quarantine. Uh, thanks? 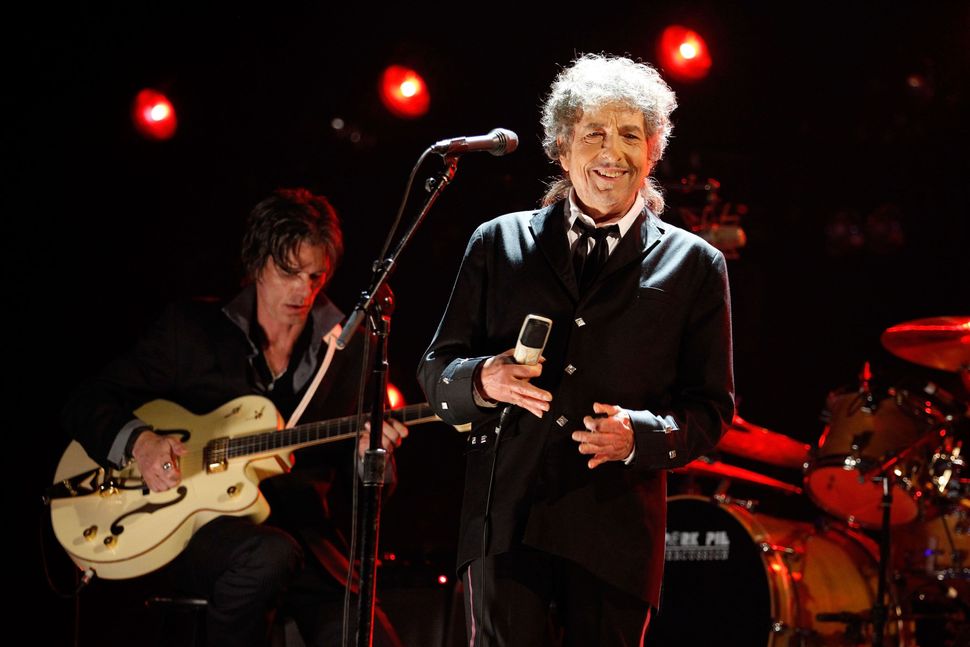 In this tough time, many artists are reaching their fans with new and unreleased work — oftentimes we wish they didn’t. That “Imagine” collab is roundly considered a travesty. I, for one, had no need of that pitchy, unused track from “Hamilton.” I must admit, however, that I didn’t expect Bob Dylan, infrequent Twitter user that he is, to get in on the giveaway game by dropping a new basement tape on the platform.

Last night Dylan proved he is full of surprises, tweeting an-over-the-transom song that is his longest to date at nearly 17 minutes. (It beats “Highlands” by about a half a minute.) It’s called “Murder Most Foul” and it is — because we clearly need it at this moment — a murder ballad about the JFK assassination. Thanks, Bob. You really shouldn’t have.

It’s unclear when the song was recorded — Dylan’s brief statement accompanying the release merely said it was from “a while back” — but its sparse orchestration — piano, violin, subtle percussion — hint at not all that long ago.

The music is not the draw here, though. Dylan gives us a largely spoken word account of how Kennedy was “shot down like a dog in broad daylight,” adding that, “It was a matter of timing and the timing was right/You got unpaid debts, we came to collect/We’re gonna kill you with hatred, without any respect.”

Is it possible to revoke a Nobel Prize for literature? Unlikely given that a genocide apologist recently received one.

Anyway, the narrative continues, rife with clichés and positively teeming with bathetic pop culture references. Think of it as a sleepy “We Didn’t Start the Fire” picking up where that song ends (i.e. “JFK blown away.”)

Nods to the British Invasion (“The Beatles are coming, they’re gonna hold your hand”) Woodstock and Altamont (where the speaker of the song will “sit by the stage”), Patsy Cline, Freddy Krueger, Lee Harvey Oswald, Jack Ruby, Little Richard and — another murder ballad subject — Tom Dooley, follow as we track the motorcade’s procession to Parkland Hospital. We also, naturally, pause to reflect on Johnson’s swearing in ceremony.

The last five minutes consist of Dylan channeling a xanned-out Rick Blaine as he speaks to Wolfman Jack.

“Play me a song,” Dylan tells the DJ. “Play it for me in my long Cadillac/Play me that ‘Only the Good Die Young’”

Further musical requests include the Eagles, Kander and Ebb, Beethoven and “Another One Bites the Dust” as well as — somehow — noted non-musicians Bugsy Siegel and Buster Keaton

If Dylan was once an artist who embodied the zeitgeist, those days are clearly behind us. Still, the man’s last album of original material was released in 2012 and, as with all things Dylan, his votaries will be paying Talmudic attention to this new text and finding a deeper meaning than I care to.

It’s quite possible some learned Robert Zimmerman scholar will find a deep resonance with the current moment. It’s only a matter of time until the Genius page for the song is fecund with as much analysis as the SparkNotes of “Moby-Dick” from which Dylan cribbed his Nobel lecture.

More power to those devotees. For me, this is up there with that preloaded U2 album in terms of unwanted content.

Bob Dylan gave us a 17-minute JFK murder ballad for our quarantine. Uh, thanks?