The New Nobel Prize In Literature Is Scandalous. Here’s Why. 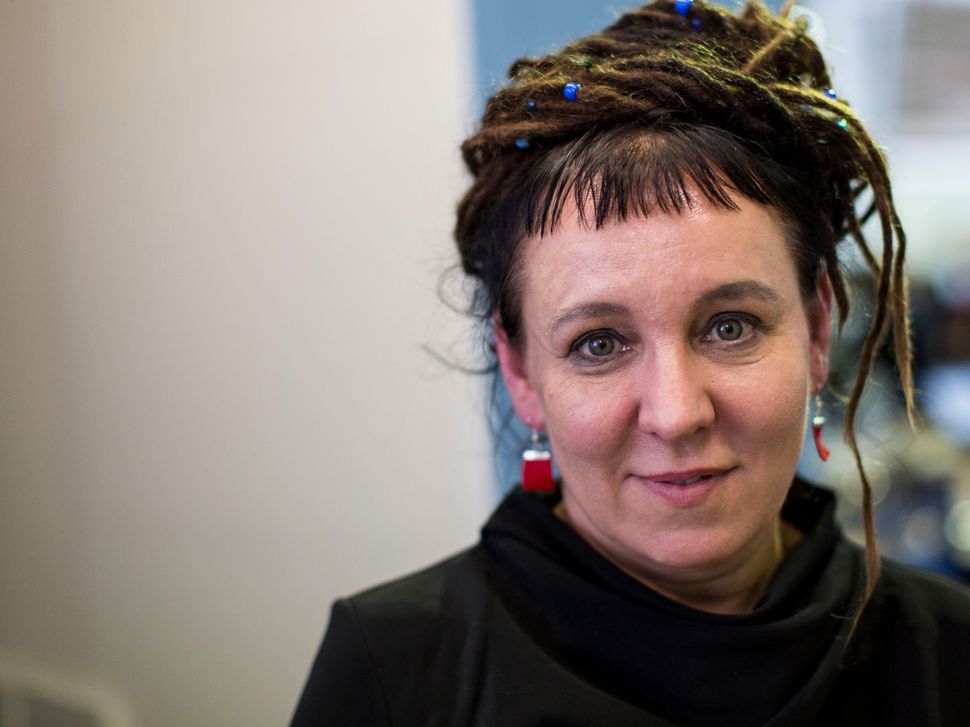 In the hours since the Swedish Academy announced Olga Tokarczuk and Peter Handke as newly-minted winners of the Nobel Prize in Literature, much has been made of the contrast between then.

Tokarczuk, the 2018 laureate — whose award comes a year late, after a scandal derailed 2018 committee’s deliberations — is a Polish novelist whose critical eye toward her country’s government and history has made her the target of a nationalist backlash.

Handke, the 2019 winner, is an Austrian writer almost as well known for his vocal defense of Serbian war criminal Slobodan Milosevic as for his highly-regarded novels, plays and films.

While Tokarczuk’s win has been widely lauded — The Guardian declared her “the dreadlocked feminist winner the Nobel needed” — Handke’s provoked immediate and widespread displeasure. PEN America, an organization that advocates for writers’ liberty, wrote that it was “dumbfounded by the selection of a writer who has used his public voice to undercut historical truth and offer public succor to perpetrators of genocide.” The Slovenian public intellectual Slavoj Žižek told the Guardian that “In 2014, Handke called for the Nobel to be abolished, saying it was a ‘false canonisation’ of literature. The fact that he got it now proves that he was right.”

The controversy over Handke’s support of Milosevic dates back 20 years, but the striking political differences between him and Tokarczuk reached a point of particular clarity in 2014. In that year, Handke was given the International Ibsen Prize, but mass outrage led him to reject the prize money while still accepting the award. In his accompanying speech, he said his critics should “go to hell.” (He’d previously met controversy over a literary award in 2006, when he turned down Germany’s Heinrich Heine prize after authorities attempted to withdraw it after he attended Milosevic’s funeral.)

2014 also marked the release of Tokarczuk’s most ambitious work, “The Books of Jacob,” the novel that set off much of the rancor directed at her by Polish nationalists. The book, which has yet to appear in English, is centered on the historical figure of Jakub Frank, a Jewish-born 18th-century religious leader. Frank, believed to have been born with the name Jakub Leibowicz, oversaw a messianic sect that incorporated significant portions of Christian practice into Judaism; he led mass baptisms of his followers. As Ruth Franklin reported in a New Yorker profile this past summer, Tokarczuk spent almost a decade researching Frank and the Poland in which he lived. The result is a book that, by the account of those who have read it, delivers a picture of the many intricate and unpredictable ways in which the story of Poland is tied to the story of its Jews. “There’s no Polish culture without Jewish culture,” Tokarczuk told Franklin.

The novel’s release shortly predated an escalation in Polish nationalism tied to the Law and Justice party’s ascent to power in 2015. But the forces that fueled that escalation were already prevalent. When Tokarczuk accepted the Nike Prize, the country’s highest literary honor, for “The Books of Jacob,” she said in a speech that the country had “committed horrendous acts as colonizers, as a national majority that suppressed the minority, as slaveowners, and as the murderers of Jews.” She was quickly inundated by threats so alarming that her publishers briefly hired bodyguards. In the five years since, she has witnessed the Law and Justice party take an increasingly hard line on censoring certain conversations about Poland’s relationship with Jews. In 2016, the government began a campaign against the Princeton historian Jan Gross, known for his groundbreaking work on the massacre at Jedwabne, in which Poles murdered 1,600 of their Jewish neighbors. In 2018, the Law and Justice party’s government made it illegal to blame Poland or Polish nationals for Nazi crimes. POLIN, a groundbreaking Polish museum of Jewish history, has been leader-less for five months, as its director, who oversaw a number of exhibits highly critical of Poland’s policy toward Jews, awaits official reappointment — despite having been re-approved for the job.

“The subject of my book [‘The Books of Jacob’] — a multicultural Poland — was not comfortable for proponents of this new version of history,” Tokarczuk told PEN Transmissions, a journal run by the English iteration of PEN, in May, 2018. She was taken by surprise by the amount of rage the book provoked — not to mention her comment on receiving the Nike. But rather than retreat, she has continued to speak out on behalf of the communities she sees her government as wishing to sideline. In a January op-ed for The New York Times following a Polish radical’s on-air murder of the open-minded young Gdansk mayor Pawel Adamowicz, Tokarczuk wrote of a Polish populist narrative that “scapegoats… the so-called crazy leftists, queer-lovers, Germans, Jews, European Union puppets, feminists, liberals and anyone who supports immigrants.”

“We have a suffocating atmosphere of hate,” she wrote, “a highly emotional stalemate in which there can only be traitors and heroes.”

So on the one hand is Tokarczuk, a proponent of multiculturalism who has remained vocal despite facing profound antagonism for her stance — and grown more so since her first major encounter with that antagonism in 2014. And on the other is Handke, eulogizer of Milsoevic, who dictated the Bosnian genocide during the Balkan wars of the 1990s and died while on trial for war crimes against the Hague. He too has remained committed to his position; the “go to hell” of 2014, one of his last known public comments on the matter, speaks volumes.

The Polish government, Tokarczuk told PEN Transmissions, “want[s] to control and define history, to rewrite the memory about our past, obliterating any dark sides.”

“In such a time as we live in now in Poland the role of the writer is very special,” she said. “We have to be honest and decent people, to write about the world in the right way.”

Correction, October 11, 12:30 p.m.: A previous version of this article referred to POLIN as a Holocaust museum. It is in fact a museum of Polish Jewish history.

The New Nobel Prize In Literature Is Scandalous. Here’s Why.