In 1985, they wrote the granddaddy of all Bible story songs 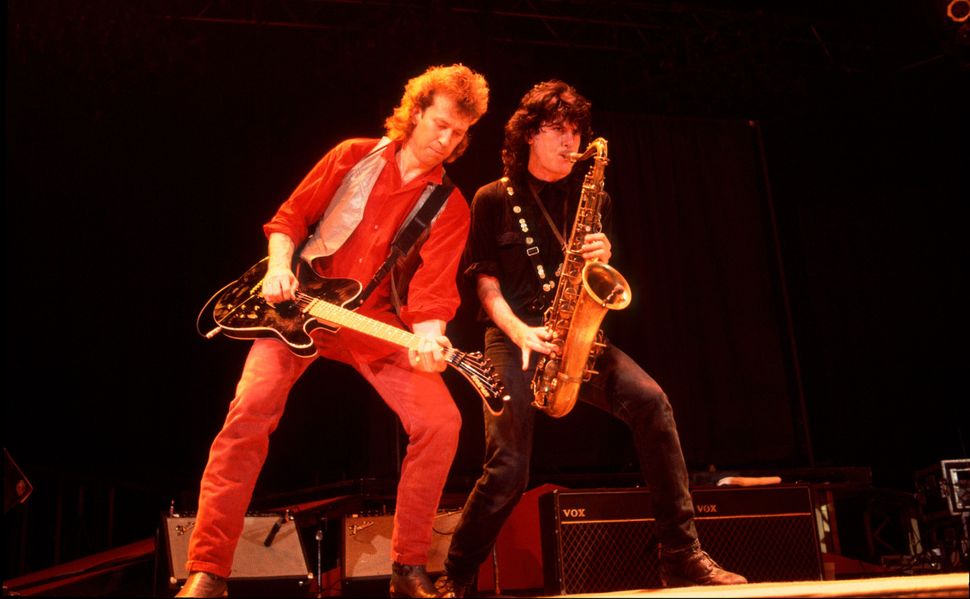 The Hooters By Getty Images

The staccato opening minor chord progression on keyboards, rhythmic reggae percussion, eerie slide guitar, reverberating vocals, and brooding arrangement and production combine to make the Hooters’ signature song, “All You Zombies,” irresistible. Not bad for a tune that Eric Bazilian and Rob Hyman, the band’s Jewish cofounders and songwriters, had tossed off as a throwaway; it turned out to be instrumental in winning legions of fans as well as a major label record deal in 1985.

Though filled with Biblical references — Moses, Noah, the 10 Commandments, the Golden Calf, Israelites, and the Holy Father — for years, the two longtime musical collaborators said they had no idea what the song, which appeared on “Nervous Night,” their 1985 Columbia Records debut, was about.

The chorus was especially mysterious: “All you zombies hide your faces / All you people in the street / All you sittin’ in high places / The pieces gonna fall on you.” The dark chorus becomes brighter as the song progresses, evolving into, “You don’t have to hide anymore / All you zombies show your faces…”

During a recent phone call, Hyman called the song “the granddaddy of our Bible-story songs,” referring to the fact that biblical and spiritual images inhabit a good number of the pair’s musical creations. “We just started singing and playing and writing words as fast as they could come; it was a ping-pong match. The song just happened.”

Hyman added, “It just has mystery to it. A lot of great songs are mysterious; you don’t quite know what’s going on. It just resonated with people.” He noted that, during the coronavirus pandemic, the song took on new meaning with its lyrics of hiding and showing your faces during a time when people were wearing masks and confronting added stress and strain.

Now, 36 years after the song’s major label release, Hyman said, “I still wonder where it came from.” Pressed, however, on its meaning and origins, he agrees that the pair’s “Jewishness was unconsciously coming out. It came out of our upbringing, our sensibilities. It took two Jewish kids to write that song.”

For Bazilian, the song has taken on new meaning over the years. In his eyes, the song’s key line is, indeed, “You don’t have to hide anymore.”

“To me, that line speaks to all who are afraid to reveal their true nature, be it religious, political, sexual orientation, living in fear and/or shame for whatever reason,” he said. When he performs the song during solo shows, his rendition focuses on showing oneself instead of the gloomier hiding. “My new way is more positive,” he said.

Even so, he confided — and there may be clues to the song’s meaning here — “I’ve had a complicated relationship with my faith of origin. I don’t believe in any of it, but it keeps coming back to me. I am not in it, but I am of it. Every time I pass a Lubavitcher on the street, I feel they see me and think, ‘Here’s a lost lamb and we’re going to bring him back.’”

He may be more “back” than he thinks. Clearly, Bazilian must be a descendent of ancient Israelites, for he continues to wrestle with God. Remember, this is the guy who wrote Joan Osborne’s 1996 smash, “(What if God Was) One of Us” — on the guitar he got for his bar mitzvah, no less! Still wrestling, he said, “Even if you don’t believe; it’s still powerful. And you know what I always tell people? Just because I don’t believe in God doesn’t mean I don’t love her!”

Scott Benarde is the author of “Stars of David: Rock ‘n’ Roll’s Jewish Stories” and previously served as the rock music critic for the Fort Lauderdale News and Palm Beach Post.

In 1985, they wrote the granddaddy of all Bible story songs