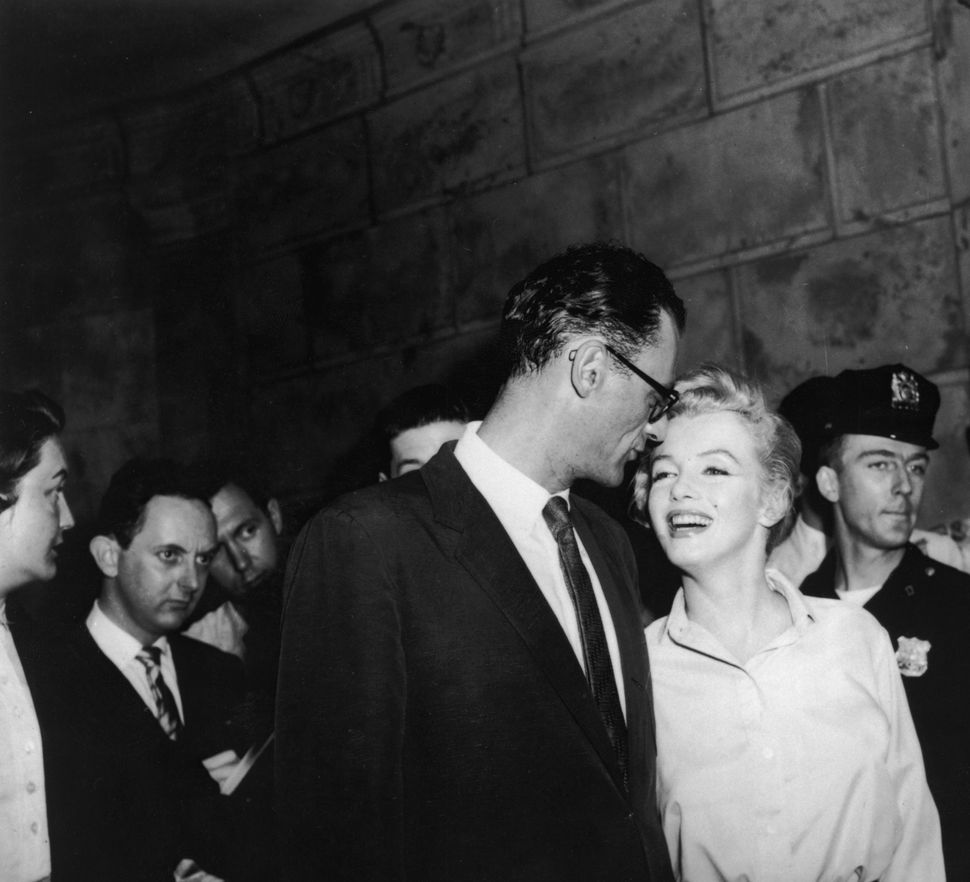 On May 2, 1949, Arthur Miller, then 33, was awarded the Pulitzer Prize in Drama for “Death of a Salesman.” It was one of several remarkable moments in what was, for Miller, a remarkable year. “Death of a Salesman” swept up most of the season’s available theatrical awards, including the Tony Award for Best Author, a now-retired category, and New York Drama Critics’ Circle Award.

But Miller’s Pulitzer might have also influenced one of the episodes in his life that continues to invite broad cultural fascination: His short-lived marriage to Marilyn Monroe.

Many accounts of Miller and Monroe’s meeting note that at the time, he was more famous than she, in large part because of his Pulitzer win. The two were introduced by the director Elia Kazan, who had directed “Death of a Salesman” and who was, at the time, involved with Monroe. Not for long; “the director asked Mr. Miller, the newly minted Pulitzer winner, to cover for him while he went on a date with another actress,” Miller’s 2005 New York Times obituary noted. “It was a decision that Kazan would later regret as Monroe, the struggling, richly ambitious young actress, and Miller, the bold young voice of American theater, seemed to bond immediately.”

That meeting was in 1951, while Miller was still married to his first wife, Mary Miller. Five years later, on the occasion of Monroe and Miller’s marriage, a New York Times correspondent reported that “The screen star, who is 30 years old, and the Pulitzer Prize-winning dramatist, who is 40, were married at 7:21 P.M. by Judge Seymour Robinowitz.” In a recent article for the Ringer, reviewing the documentary “Arthur Miller: Writer,” Lindsay Zoladz wrote “in 1951 Arthur Miller was more famous than Marilyn Monroe. He’d just won a Pulitzer Prize for ‘Death of a Salesman’ and was enjoying a celebrity most writers can only, well, write about; Monroe was still a star on the rise, best known for scene-stealing supporting roles in ‘All About Eve’ and ‘The Asphalt Jungle.’”

By these accounts, it was partially Miller’s highly-respected status as a playwright, which had been cemented by the premiere production of “Death of a Salesman” that drew Monroe to him. “No one had taken her seriously as an actress before, and now a famous writer was suggesting that she had the talent to succeed on Broadway,” Christopher Bigsby wrote in a biography of Arthur Miller, which was excerpted in the Telegraph in 2008. “Later, she recalled the meeting and its impact on her. ‘I didn’t see him for about four years. I used to think he might see me in a movie and I wanted to do my best because he had said he thought I ought to act on the stage,’” Bigsby added.

Did Miller’s Pulitzer win contribute to the formation of one of the most unusual celebrity relationships of the 20th century? Who, now, can say for sure? Only one thing is certain: When Miller received the news of the prize, 69 years ago today, he surely couldn’t have predicted just what it would herald.