See The Original Costume Sketches For ‘Fiddler On The Roof’ 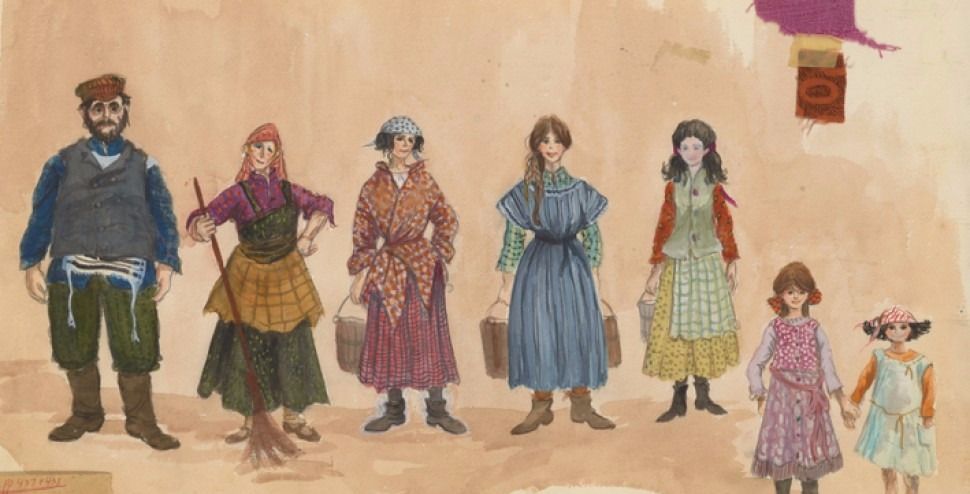 Tevye, Golde and their daughters as sketched by costume designer Patricia Zipprodt. Image by Courtesy of the New York Public Library of the Performing Arts

The iconic look of “Fiddler on the Roof,” from its Broadway debut to the 1976 film, is due in no small part to the show’s original costume designer, Patricia Zipprodt.

30 photos of Zipprodt’s design sketches for the musical’s 1964 premiere, part of the New York Public Library for the Performing Arts’ collection and recently published by Playbill for the musical’s 54th anniversary, are small works of art. Rendered in watercolor, Zipprodt’s designs channel Sholem Aleichem’s imagined shtetl of Anatevka with rich daubs of earthy color and suggestions of ritual and working life. Zipprodt’s sketches show Tevye, the musical’s dairy man protagonist, in everything from his black coat Sabbath wear to his usual working outfit of a vest, flat cap and tallit hauling his milk cart. His wife, Golde, five daughters and the other residents of Anatevka also feature in the gallery, sometimes drawn in great detail and often portrayed abstractly.

If you look carefully at many of the drawings, such as the concept art for Yente the matchmaker, you can see Zipprodt’s notation, indicating the character’s costumes for different parts of the play like the wedding and first and second act.

The sketches also show a number of different color palettes Zipprodt considered, complete with pinned-on swatches of fabric, ranging from dark blues and grays to the peach–hued petticoats for Chava, Hodel and Tzeital. In one sketch of Motel and Tzeital in their wedding attire, white fabric attached to the top of the page even seems to suggest a chuppah.

Far from being schematic or stiff, Zipprodt’s designs, which don’t always represent the final costumes she produced, show her gift for capturing character on the page. Those of us lucky enough to see the National Yiddish Theatre Folkesbiene’s excellent Yiddish production may feel Zipprodt’s influence still present on the stage.

Tevye and his family dressed for the Sabbath. Image by Courtesy of the New York Public Library of Performing Arts, Patricia Zipprodt 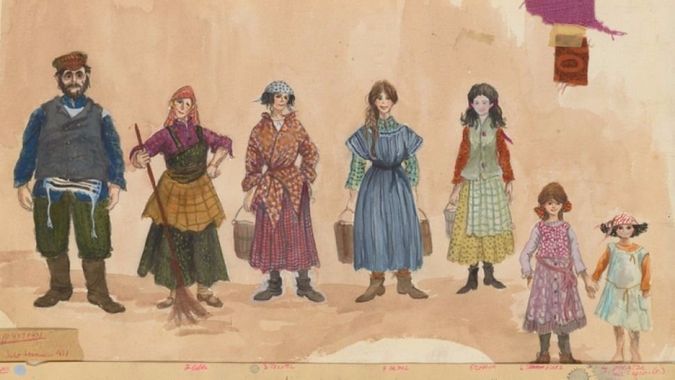 Tevye, Golde and their daughters. Swatches of fabric for reference are attached to the top right corner. Image by Patricia Zipprodt 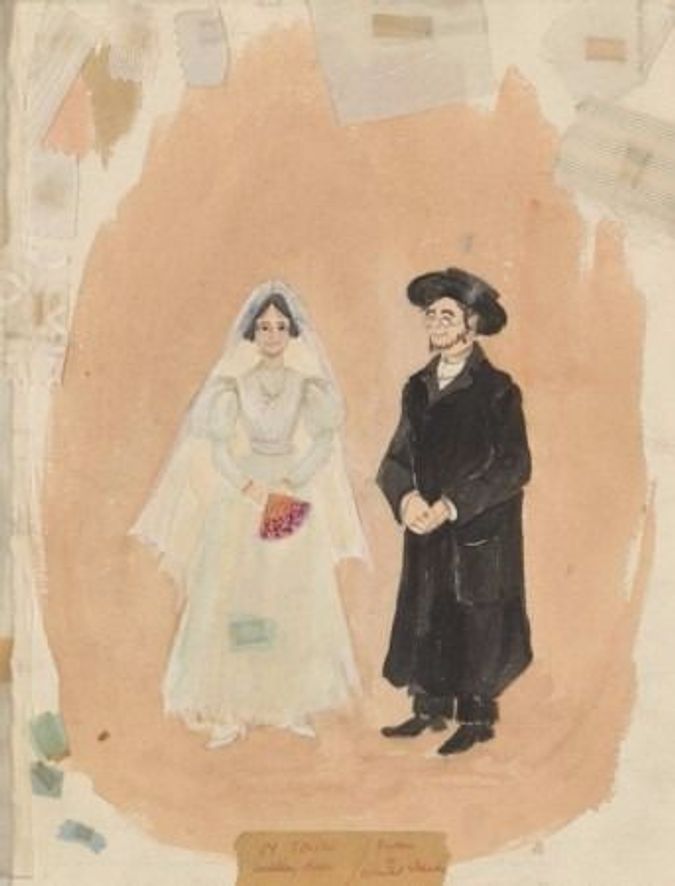 Motel and Tzeital in their wedding outfits. Pieces of fabric surround them, suggesting a ceremonial chuppah. Image by Patricia Zipprodt 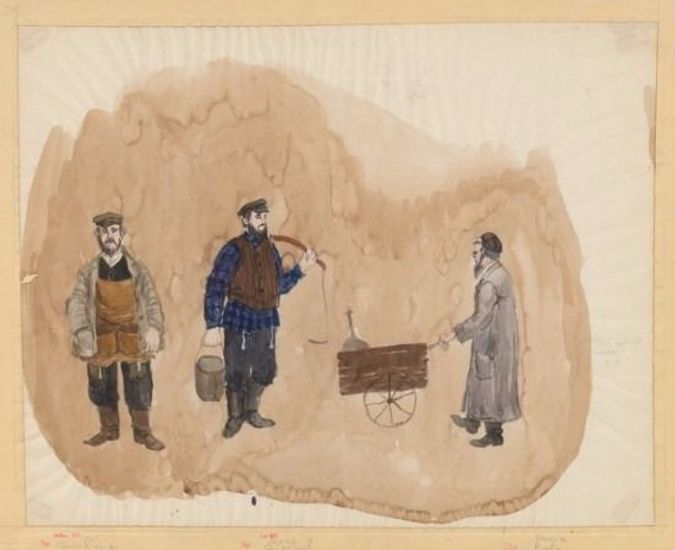 Tevye and other laborers in Anatevka. Zipprodt’s photos capture the working life of the shtetl. Image by Patricia Zipprodt 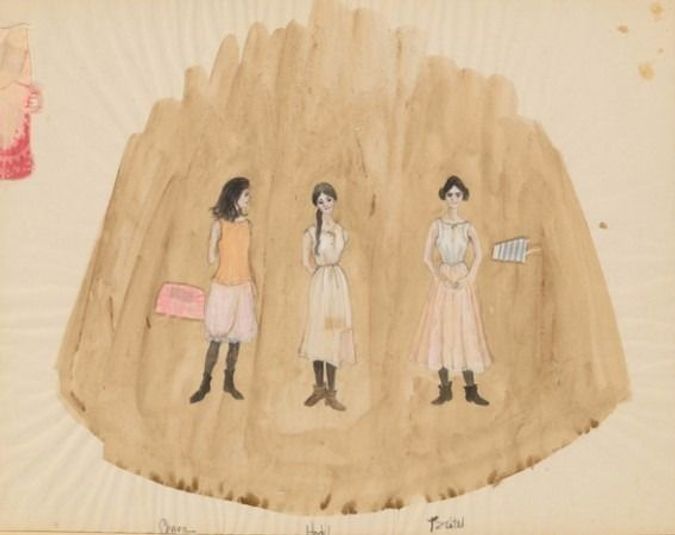 Chava, Hodel and Tzeital in undergarments. Zipprodt designed her costumes from the base up. Image by Patricia Zipprodt 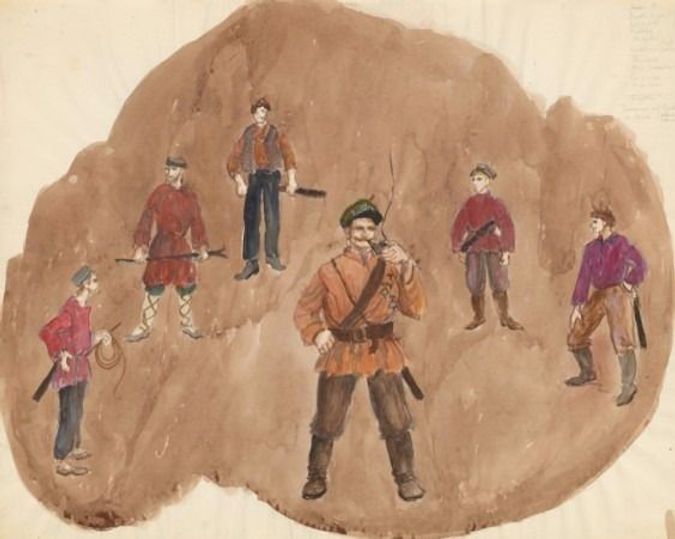 The Constable and Russian peasants, some of the plays non-Jews. Their outfits are distinct from the rest of Anatevka. Image by Patricia Zipprodt 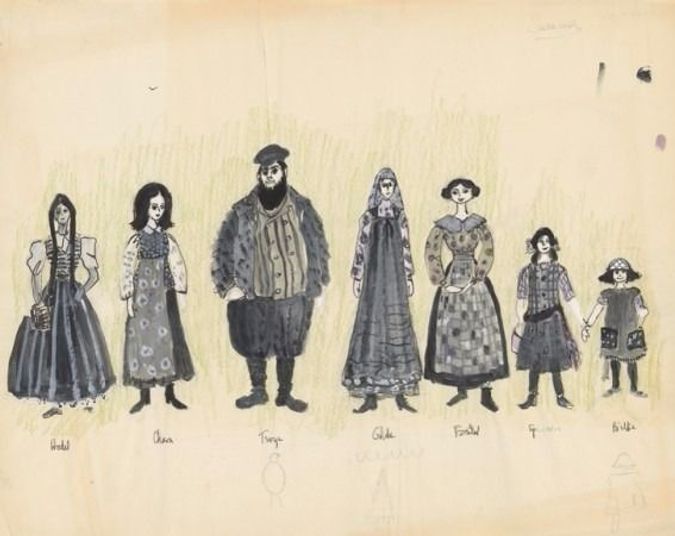 Golde, Tevye and their daughters in grayscale. Zipprodt seems more focused on form and shape than color here. Image by Patricia Zipprodt 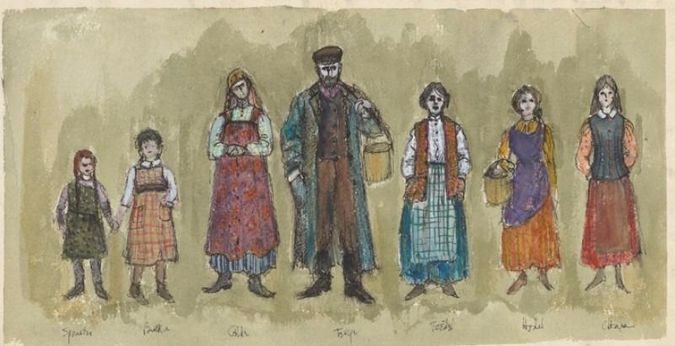 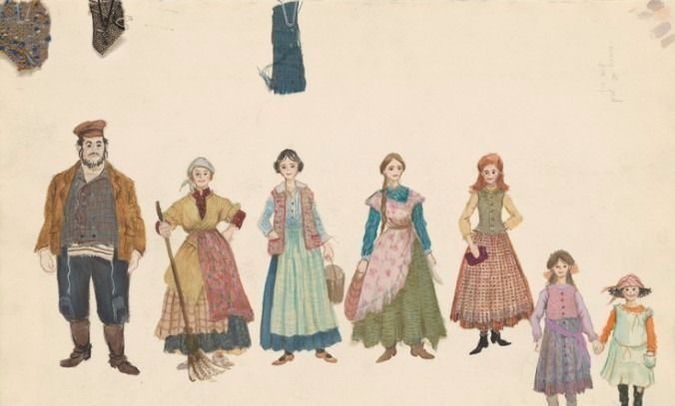 The family in vibrant color. Swatches are pinned to the top left. Image by Patricia Zipprodt 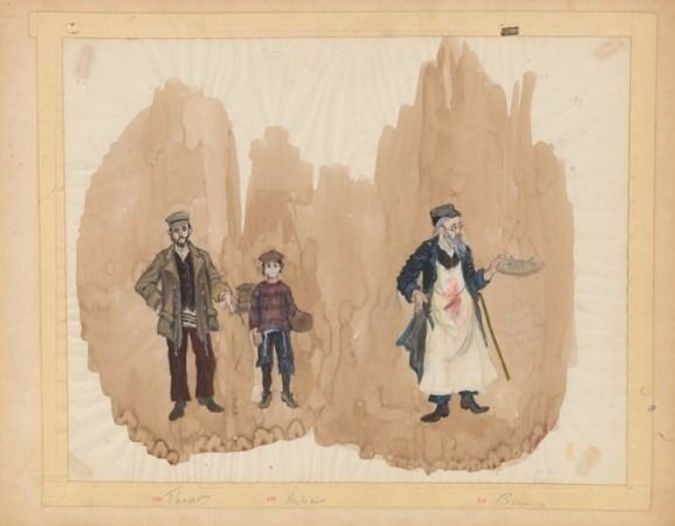 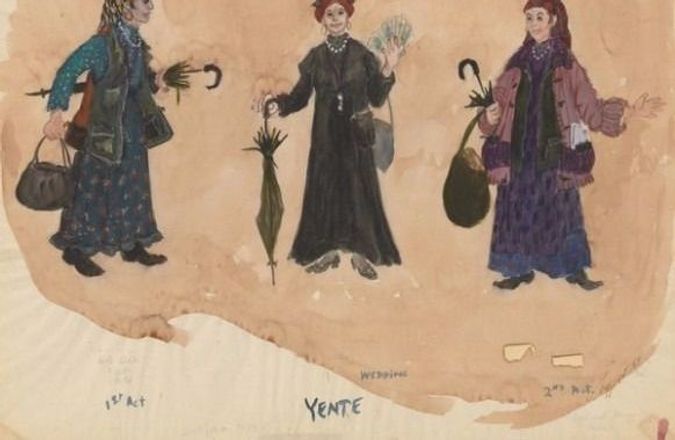 Yente in her costumes for Act I, the wedding scene and Act II. Image by Patricia Zipprodt

See The Original Costume Sketches For ‘Fiddler On The Roof’