Rebecca Miller Questions A Colorblind Casting Choice In ‘All My Sons’; Director Walks 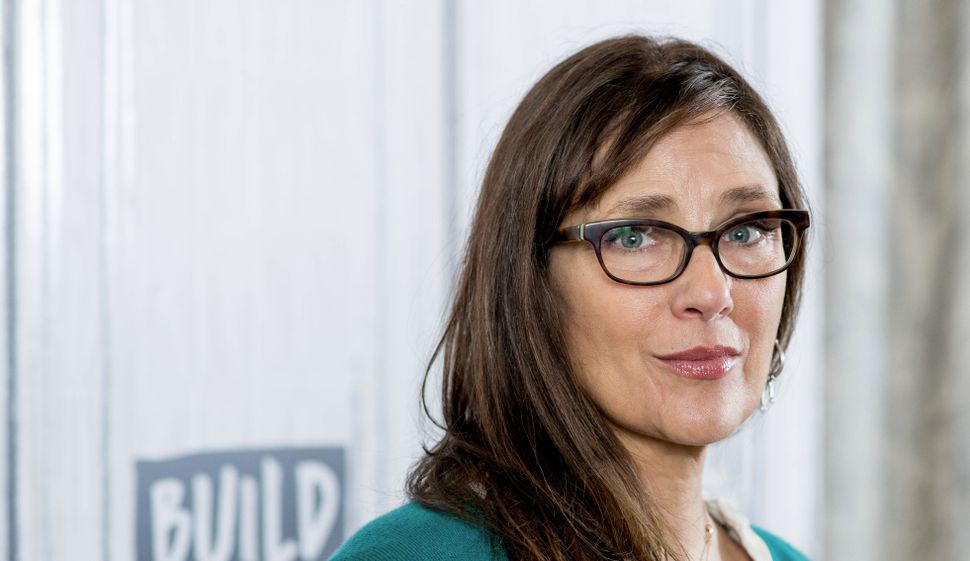 Colorblind casting, the practice of casting actors of one race in roles traditionally played by another, seems to be a subject of perennial controversy in the world’s highest profile theaters.

Last year the grand spectacle musical “Natasha, Pierre and the Great Comet of 1812” based on Tolstoy’s “War And Peace” drew sharp criticism when it was announced that Mandy Patinkin would step into the role of Pierre after black actor Okieriete Onaodowan. Many believed Onaodowan was being rushed out of the part for Patinkin because the show was losing money without a major star. Though Josh Groban and show creator Dave Malloy, who are white, previously performed as Pierre, the change back to a white man, at the apparent expense of a black one, played a part in the show shuttering early — under pressure Patinkin dropped out before he ever went on, leaving a casting void that was never filled. Meanwhile, regional and far flung “yellow face” productions of “The Mikado” are scheduled nearly every year and, every year, are met with outrage.

Now, the Washington Post is reporting that a revival of Arthur Miller’s “All My Sons” starring Tracy Letts and Annette Bening and produced by the Roundabout Theatre Company is having a change in leadership following a dispute over the planned casting of two black actors in the roles of siblings Ann and George Deever. Citing the disagreement the original director, Gregory Mosher, has left the production and will be replaced by Broadway veteran Jack O’Brien.

“Despite our shared commitment to having a diverse cast in our production of ‘All My Sons,’ Gregory Mosher and the Arthur Miller estate did not ultimately share the same vision of how best to achieve that,” Todd Haimes, Roundabout’s artistic director, said in a statement obtained by the Post. Haines reported that Roundabout had approved of Mosher’s choice in casting and it was only in the audition process, when filmmaker Rebecca Miller, Arthur Miller’s daughter, learned of the idea that the dispute began.

Miller, who controls her father’s estate issued a separate statement to The Post. In it she claimed that the inclusion of actors of color, which is still planned for other roles in the production, wasn’t at the root of her objection. Her concern was historical.

“When Gregory suggested casting the Deevers as African American, I wanted to be sure the concept held water historically and thematically,” Miller said in the statement. She also expressed concern that Mosher’s concept “was in danger of white-washing the racism of 1947 suburban Ohio.”

Mosher interpreted the situation similarly. “My understanding is that [Miller] thought it would prevent the audience from engaging with the play if it wasn’t historically accurate,” the director told The Post. “We finally reached a point where we were not going to go ahead [together].”

In “All My Sons,” the first play of Arthur Miller’s to be produced on Broadway, Ann Deever, the daughter of the main character Joe Keller’s business partner is engaged to Joe’s son, Chris. The interracial romance would be ahistorical in the context of the show’s setting in post-war Ohio.

Miller said she suggested Mosher move forward with a true colorblind concept, which would allow for the casting of any role in the production with an actor of color, at which point Mosher left the production.

Past productions of Arthur Miller’s work have included nontraditional casting, notably the Tony Award-nominated revival of “The Crucible” in 2016. In that production, which was staged on a set resembling a modern classroom by Belgian director Ivo van Hove, an actor of color, Sophie Okonedo, played the female lead of Elizabeth Proctor opposite white actor Ben Whishaw’s John Proctor.

In her statement Miller, who approved a multiracial cast for a concurrent West End production of “All My Sons” with Sally Field and Bill Pullman, reaffirmed her commitment towards inclusion in her late father’s work. “I am very excited to open my father’s work up to diverse casting… Hence, an African American Loman family in [director] Marianne Elliott’s upcoming ‘Death of a Salesman’ in London, and [director] Rachel Chavkin’s upcoming multiracial ‘[The] American Clock,’ ” Miller said.

While a final cast has yet to be announced, Roundabout told The Post that the original actor Mosher wanted for George is still being considered for the part.

CORRECTION: A previous version of this article suggested that Mosher’s concept for the show would be naturalistic. The Forward has learned from him that this was not the case.

Rebecca Miller Questions A Colorblind Casting Choice In ‘All My Sons’; Director Walks