Why The Edelweiss Is Not A Nazi Anthem 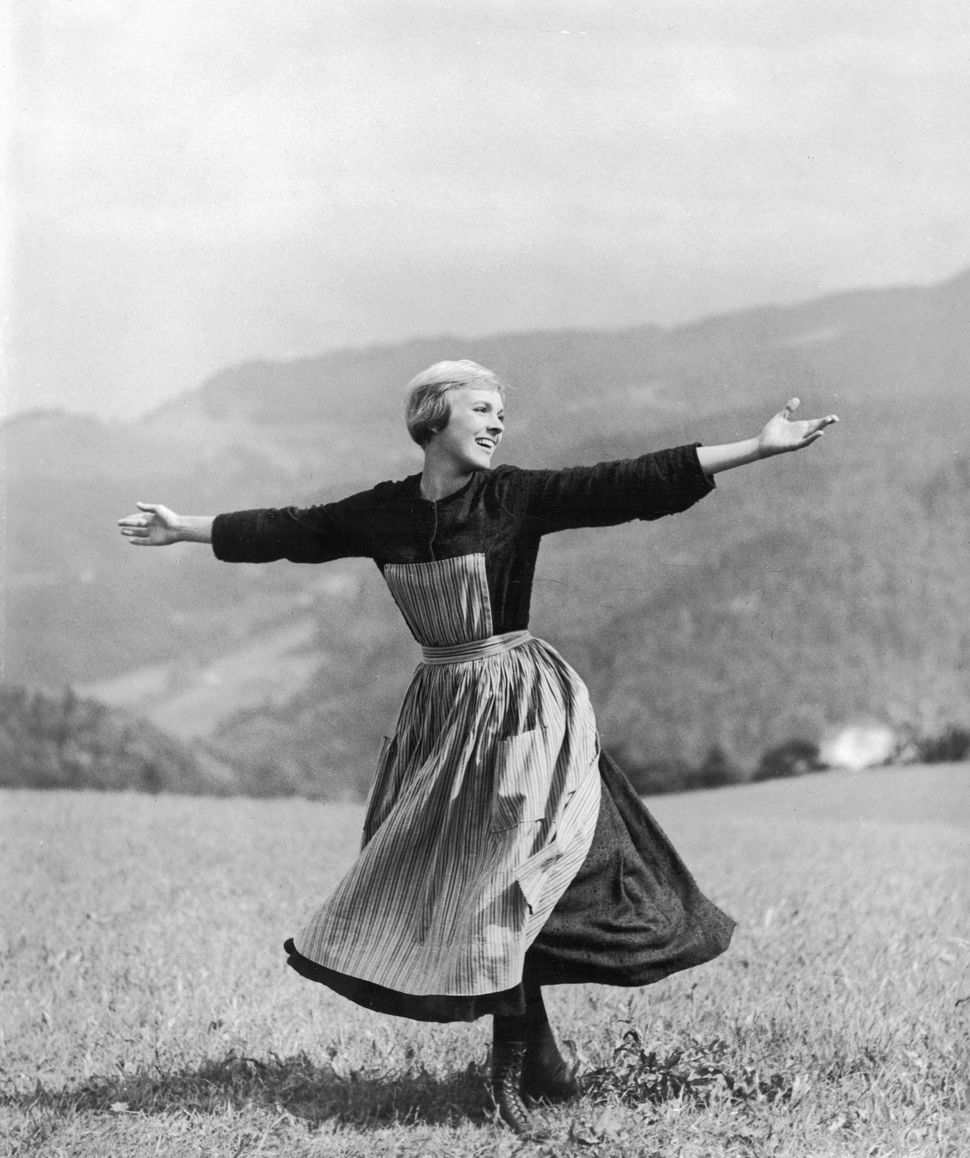 Julie Andrews in “The Sound of Music” Image by Getty Images

I won’t waste any time. “Edelweiss,” the Rodgers and Hammerstein song, penned for their 1959 musical “The Sound of Music,” that played at the White House before a press conference on the day the Mueller report was unsealed, is not a Nazi anthem.

In the show and film, it’s sung in a moment of defiance by a character (based on a real man) who left his native Austria to escape Nazi conscription. Its lyrics end “bless my homeland forever,” but the homeland in question is pre-Nazi Austria. The song was written by two progressive Jews. Its title, which, perhaps confusingly translates to “noble white,” is a reference to the alpine flower with the same name and not the Aryan race.

And no, it was not, and never was, the Austrian national anthem.

So, why are people, the New York Times’ Maggie Haberman most conspicuously, confused?

Does…anyone at that White House understand the significance of that song? https://t.co/IK9h8fOwNj

Ah yes, the song that played over the credits of the show where the Nazis win WWII. https://t.co/sYfM8EIBXC

Edelweiss is an inherently bigoted song. This is a hill I’m prepared to die on!!

Probably because these folks only know the song is from a musical and a popular film that involves Nazis and are predisposed to thinking, not without cause, that Trump sympathizes with neo-Nazis and has a history of dog whistling at them.

But if they saw the show or the film, they would get that this is just a really weird choice for the soundtrack of the day a criminal probe into the presidency goes public.

I suppose it’s possible the White House music coordinator, if such a role exists, believes the context of the anti-Nazi song to actually have pro-Nazi connotations and to appeal to White Nationalists. Or maybe he likes the Amazon series “The Man in the High Castle,” where the song is also used. That show imagines an alternate history where the Axis won World War II and took over the United States. If this person likes it for alt-right reasons, he’s missing the clear takeaway that the show is not in favor of Nazis.

It’s also remotely possible the person who picked the song for the Marine Corps band to play is a contractor or a fabled member of that Op-Ed resistance from within and actually hates Trump. In that unlikely scenario, this person may be well aware of both the messaging of “The Man in the High Castle” and “The Sound of Music” and requested the song to make a point about how he thinks Trump is too chummy with bigots.

My best guess is that the band had “Edelweiss” as part of its repertoire and chose it, likely without direction from Trump’s staff, because it’s popular music with a patriotic flavor. If it has any meaning beyond that, it’s likely to do with framing Trump as a Captain von Trapp figure who loves his country and resents the investigation that he endured.

I’m not following this at all. Edelweiss was written by Rodgers and Hammerstein, two Jewish Americans, for a character expressing love of his homeland in the face of Nazi aggression. #soundofmusic

I only know “Edelweiss” as the not-Nazi song in “The Sound of Music.” What’d I miss?

How do multiple “blue checkmarks” not know that ‘Edelweiss’ is a Rogers & Hammerstein song from a decidedly anti-Nazi musical? Seriously, does their pop culture knowledge not extend past streaming TV and ‘Hamilton’? https://t.co/LXhPXTjkw3

I’m sure Trump hand picked it so everyone would quickly make the Nazi connection. Nefarious! https://t.co/f88fJbwFIw

In any event, everyone knows the White Nationalist show tune of choice is “Tomorrow Belongs to Me” from “Cabaret.” Which, as Jason Kander will remind you, was also written by two Jews (one of them gay).

Hey buddy, that song you love was written by my uncle. He’s been married to my other uncle for 40 years. And he’s a Jew.

Correction April 20, 2019: An earlier version of this article stated ‘Edelweiss’ was played from a recording. In fact, a band was playing the song live.

Why The Edelweiss Is Not A Nazi Anthem