WATCH: The First Trailer For ‘Fiddler On The Roof’ Documentary ‘Miracle Of Miracles’ 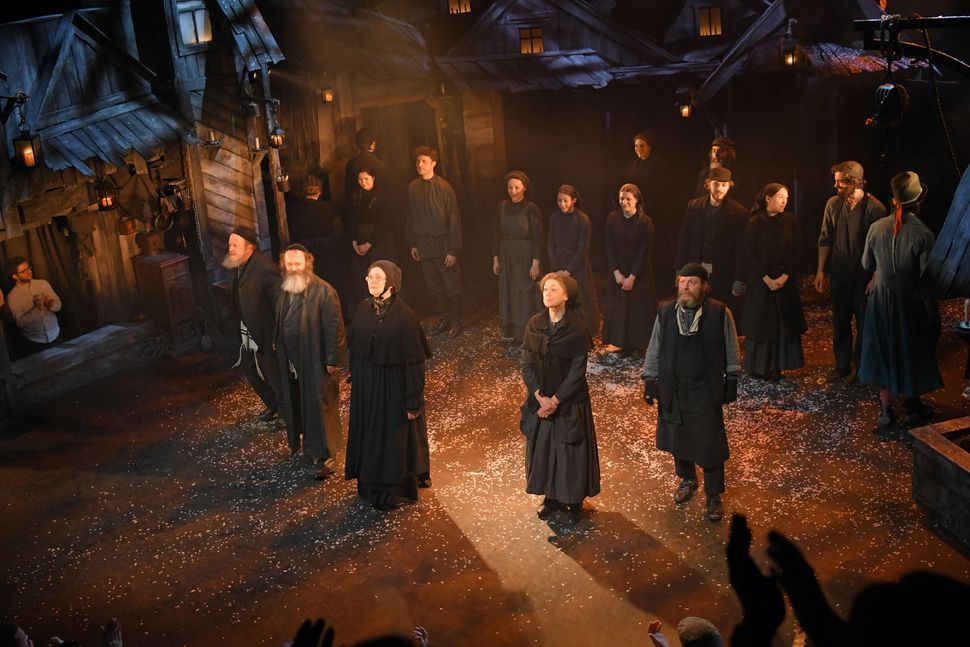 The cast bows at the curtain call during the press night performance of “Fiddler On The Roof” at The Playhouse Theatre on March 27, 2019 in London, England Image by Getty/David M. Benett/Contributor

It seems like “Fiddler” fever may never break. Hot on the heels of the Folksbiene’s Yiddish production of the Jerry Bock and Sheldon Harnick classic comes a documentary chronicling how the hit musical came to occupy a beloved place in the American songbook — getting there wasn’t easy.

In a newly-released trailer for “Fiddler: A Miracle of Miracles,” directed by Max Lewkowicz, the documentarian behind “Morgenthau” (2010) and “Underfire: The Untold Story of Pfc. Tony Vaccaro” (2016), veterans of the original cast recall shedding tears in the dressing rooms and dreading what they believed to be their impending unemployment. As one interviewee says, the early notices from Variety crowed that the play had “no memorable songs.” Another laments that the project — a musical about orthodox Jews encountering a Pale of settlement pogrom — was a bit meshuggeneh. But, against all odds, it became a classic.

The trailer seems to give credit to the soaring choreography of Jerome Robbins and Harnick’s receptiveness to the cultural change then sweeping 1960s New York, an evident influence on his lyrics.

But the doc won’t stop with the original 1964 production. The 1971 film starring Israeli singer Topol is also featured and director Norman Jewison recounts the shock of his collaborators when they realized that, despite his name, he is a goy.

Don’t worry: Hal Prince, Harnick, Harvey Fierstein, Danny Burstein and “Yiddler” director Joel Grey all make appearances and, to prove beyond a reasonable doubt that the show is still relevant, Lin Manuel Miranda was also interviewed. You can even see the “Hamilton” creator singing “To Life” at his wedding reception.

The film will be released by Roadside Entertainment and Samuel Goldwyn Films on August 23, adding to the musical’s already storied tradition.

WATCH: The First Trailer For ‘Fiddler On The Roof’ Documentary ‘Miracle Of Miracles’