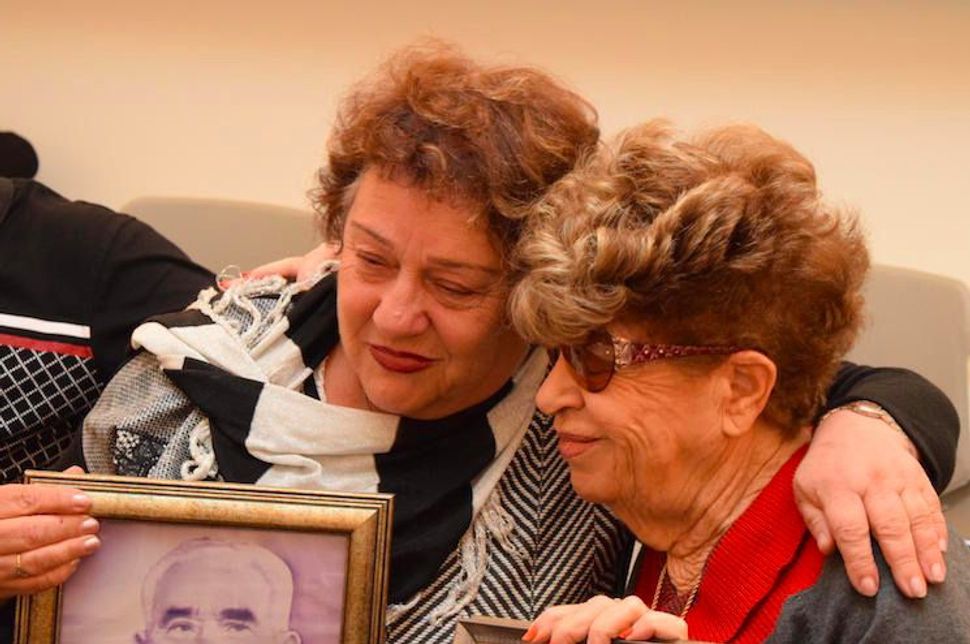 Fania Blakay and her brother Gennadi Band thought their Polish family perished in the Holocaust. So did Henia Moskowitz and Rywka Patchnik.

Turns out all four Polish cousins were wrong — and they held a joyous reunion to prove it, JTA reported.

“I am deeply moved and very happy,” Blakay said, according to a statement from Yad Vashem. “My father always searched for members of his family and dreamed of finding them. He was alone. But ultimately, in this meeting today, his dream has finally come true.”

Moskowitz said that when she initially received a call from the Holocaust museum, she did not believe the news.

“At first, I thought this news was a mistake. However, today when we met, I felt a connection at first sight; my family has grown overnight,” Moskowitz said. “We are not alone.”

The two pairs of Jewish siblings met for the first time this week in Jerusalem.

Blakay, found a testimony in the Yad Vashem database about her father. The testimony had been filled out by her father’s brother-in-law, who Blakay thought had been murdered by the Nazis.

The brother in-law, it turns out, had actually survived the Holocaust and immigrated with his wife and daughters to Israel.